Nobody enjoys the loneliness that comes from not fitting in. So it’s hard to watch children, especially your own little ones, wonder why no one wants to be their friend.

Cassie Szymczak’s heart breaks every time she sees other children steer clear of her 3-year-old son. She and her husband Jake have been taking Landon to a park in Lancaster, New York, for the past year, but for whatever reason, kids Landon’s age avoid him when he tries to play with them. 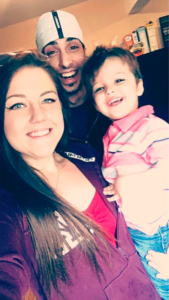 “He’ll chase them down, say hi, try getting them to play, and they just run away,” Cassie said. But they kept trying until the day Cassie left the park in tears, touched by the kindness of one little girl.

In a heartfelt Facebook post, Cassie shared how everything changed for Landon the moment he met 4-year-old Isla, who “wanted nothing more than to play with my son.” 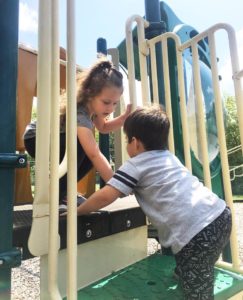 As soon as Isla took Landon’s hand, they became instant friends. “She helped him up the stairs, encouraged him to go down the slide telling him he’ll be okay, held his hand, and made sure to ask me if he was allowed to do certain things,” Cassie wrote. 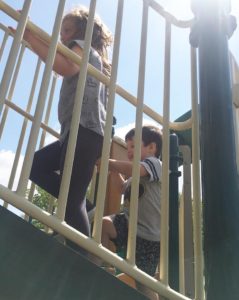 Landon, of course, was thrilled, and so was Cassie:

My boy lit up like a Christmas tree when she came over and started interacting with him. I had to keep my sunglasses on so that her papa wouldn’t see me getting teary-eyed. Moral of this story — raise your children to be kind. Your baby could impact the life of another’s so easily, in both positive and negative ways. 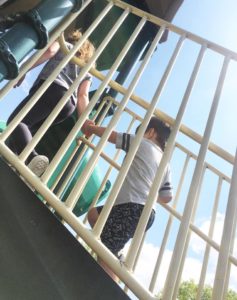 After they left, Cassie was determined not to lose Landon’s sweet new friend. At first, the motivated mom had no idea how to get in touch with Isla’s parents, but thanks to the overwhelmingly positive reaction to her post, she found Isla’s mom in a matter of days!

Now Landon won’t have to worry about missing his new pal! And better yet, it looks like the little one will have more friends soon.

What a beautiful example of someone who reached out a hand to a person in need! No matter how old we may be, we always have the power to make someone’s day better. Great job, Isla!

Share this story as a simple reminder to always be kind.