If there’s anywhere you should always feel safe and secure, it’s in your own home. So when a break-in occurs, it leaves the homeowner feeling violated and vulnerable – especially a widow who lives alone.

Last week, an elderly woman interrupted a burglary-in-progress at her home in South Brisbane, Australia, and, fortunately, the intruders fled. She wasn’t physically harmed, but she was traumatized and ended up having to cancel her plans for the day to deal with the aftermath and recuperate from the harrowing ordeal. 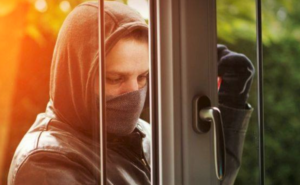 When Constable Matt Boswell and Senior Constable Christopher Couch arrived, she was obviously still traumatized. But “the first thing she said was, ‘Do you want a cup of tea?’” they recalled. It’s a social ritual that always helps to calm everyone down, so the officers took her up on the offer and they chatted pleasantly to soothe her nerves.

But the burglars had ripped her front door off the hinges to gain entry into her home, which only served as a visual reminder of the trauma she’d endured that day. Constable Boswell couldn’t have that, and he knew just what to do. We’re guessing fixing broken doorways isn’t in his job description, but why not? 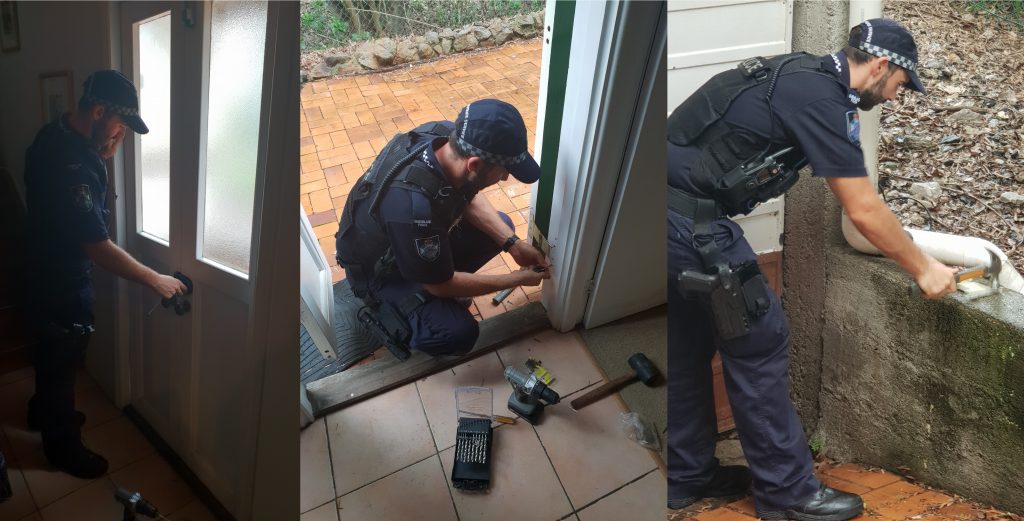 He’d worked as a carpenter before going into law enforcement, after all, and if it meant helping this recent widow feel more secure, it was the least he could do.

So he went straight to work, bending the hinges back in place and rehanging the door on the jamb. As if that weren’t enough, they went a step further, giving her some extra home-security tips and leaving a note for her handyman on extra security measures. 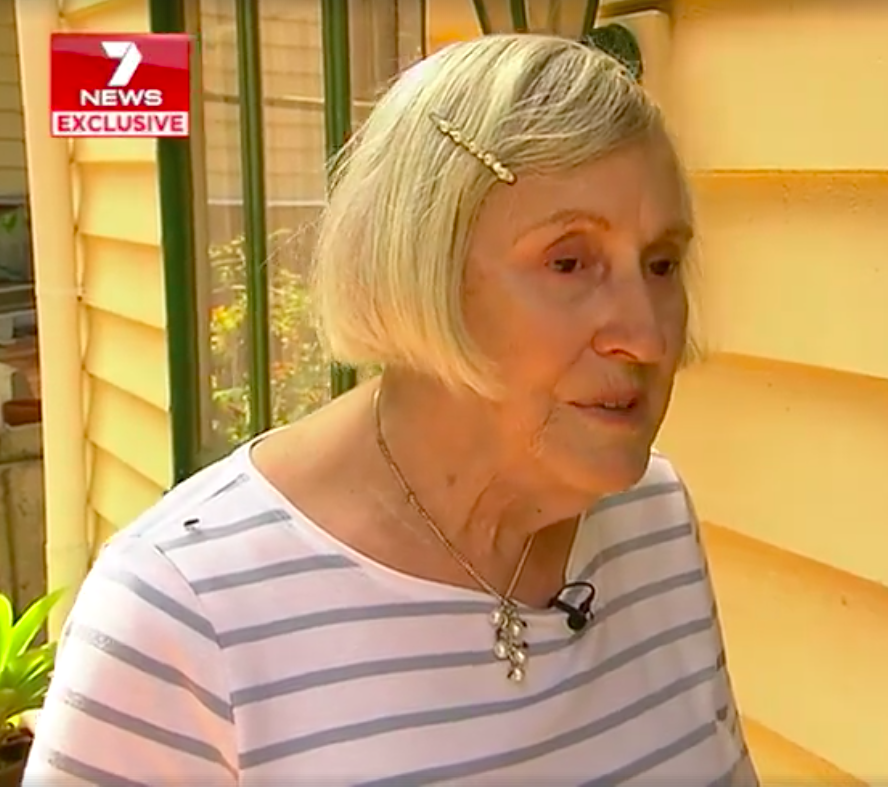 The Queensland Police Services was so proud of the compassion these officers displayed that the department publicly praised them, saying, “These small acts of care can make a big difference to people in our community, and the QPS is proud to have officers like Constable Boswell and Senior Constable Couch.”

Way to go Matt! See more of his kind act in the video below and Share to thank these officers for going the extra mile.

Two young police acts of kindness on the job

Two Queensland police officers have gone above and beyond the call of duty, taking to the tools, to fix an elderly robbery victim's home. www.7plus.com.au/news#7News

One of our awesome Morning Smile readers sent us this story, and it's too good not to share. She has asked to be kept anonymous, so we'll just call her...