Fighting against injustice is by no means easy. It can bring out the worst in people — but also the best.

In June, NASCAR’s only full-time black driver, Bubba Wallace, called for the Confederate flag to be banned at its venues. While the company agreed, some fans were outraged by the decision. 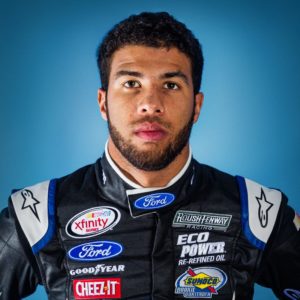 But during the GEICO 500 at Talladega Superspeedway in Lincoln, Alabama, all drivers and their crew members came together a beautiful display of solidarity. They pushed Wallace’s No. 43 Richard Petty Motorsports Chevrolet to the front of the line before the race began. 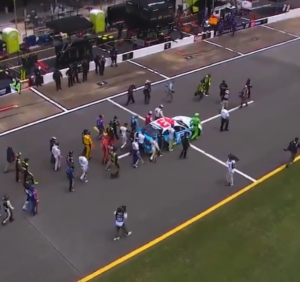 “#IStandWithBubbaWallace” was painted on the infield grass and as he moved towards the start he was surrounded by supporters who proved love always drives out hate.

At the front line, Wallace got out of the car in tears. He embraced his best friend of 15 years, Ryan Blaney, who won the race that day.

“I wanted to show my support for my best friend,” Blaney told ESPN. “He’s just been someone I’ve really, really loved for a long time, and I’m gonna support him 100 percent along the way for many years to come. I hope a lot of people will look at that and learn from everyone coming together and supporting each other. That’s what it’s gonna take to make things better.” 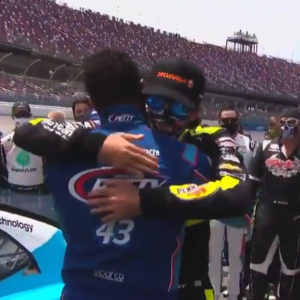 To Wallace, the gesture meant everything. He says he’ll “keep on truckin,'” especially after seeing so many people behind him.

“This sport is changing. The prerace deal was probably one of the hardest things I’ve ever had to witness in my life,” he said. “This is truly incredible, and I’m glad to be a part of this sport.” 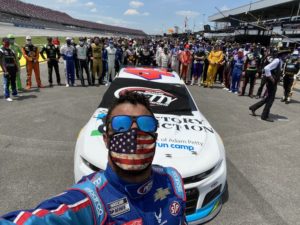 Wallace may not have won the race, but that day, he came out a winner.

See the moving display in the video below, and share to spread support for Wallace.

We are one family.