Have you ever been so surprised and overwhelmed that you are literally speechless?

Thanks to a recent encounter with a certain pop superstar, Keith Strawder Sr. of Houston, Texas can answer that question with a resounding “yes.” It all started when Keith’s two sons, KB and Chris, surprised their dad on Father’s Day with tickets to see Janet Jackson. 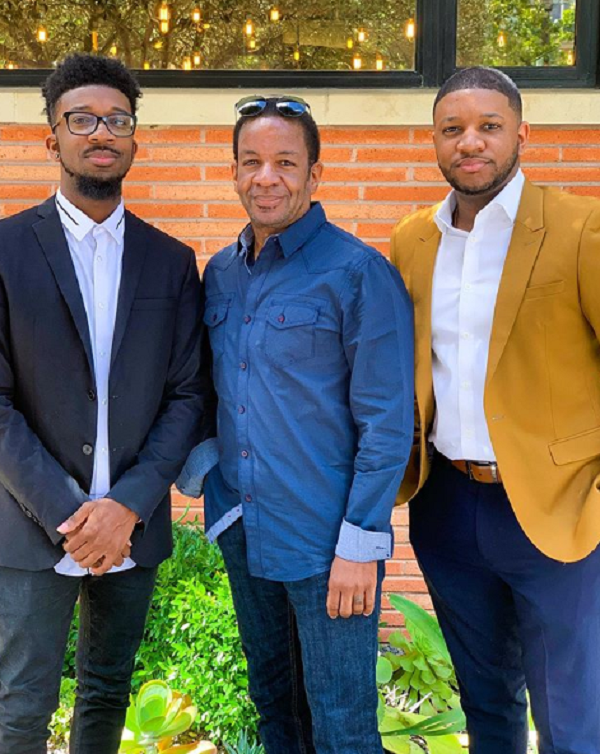 Keith has been a huge fan of Jackson since he was a child. In a way, the two grew up together. “She is one of my favorites, absolutely,” the 54 year old explained. “We’re close to the same age. I’ve been following her since she was Penny on ‘Good Times’ when we were kids in the ’70s.” 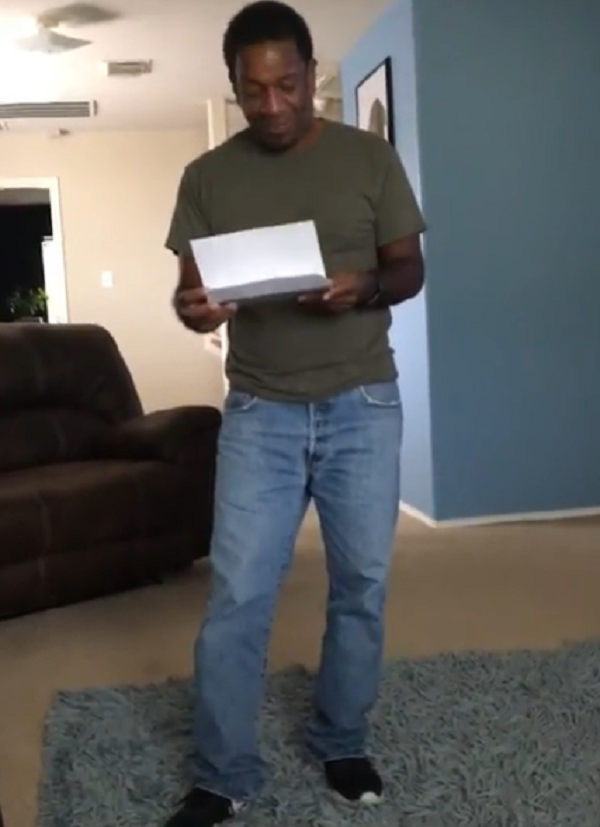 KB shared the video of his dad’s excited reaction to getting the tickets, and the clip went viral. Little did he know, Jackson herself would see it. Her team reached out to KB to set up a special meet and greet after her show at the Park Theater in Las Vegas, Nevada.

The only catch: they couldn’t tell their dad. “So from Father’s Day up until this past weekend, we had to keep it a big secret,” KB said. “It was very hard. I wanted to tell him the whole time.”

Finally, the big day arrived. After the show, KB and Chris were ready to capture their dad’s reaction to meeting his idol. The video starts with Keith being interviewed. What he doesn’t realize is Jackson crept up behind him and is standing just over his shoulder, listening to him gush about how great it was to see her. 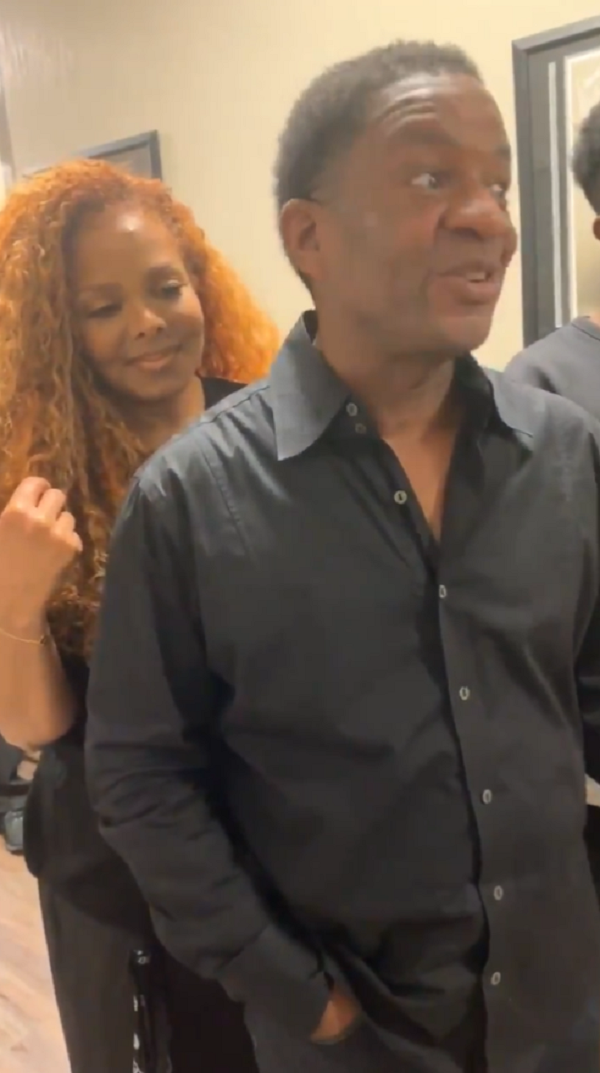 Then Jackson reveals herself. “She walked up behind me and whispers her sweet, soft voice in my ear and puts her hands on my shoulder, and my spirit left from me for a minute,” Keith said. “It hasn’t returned yet.” 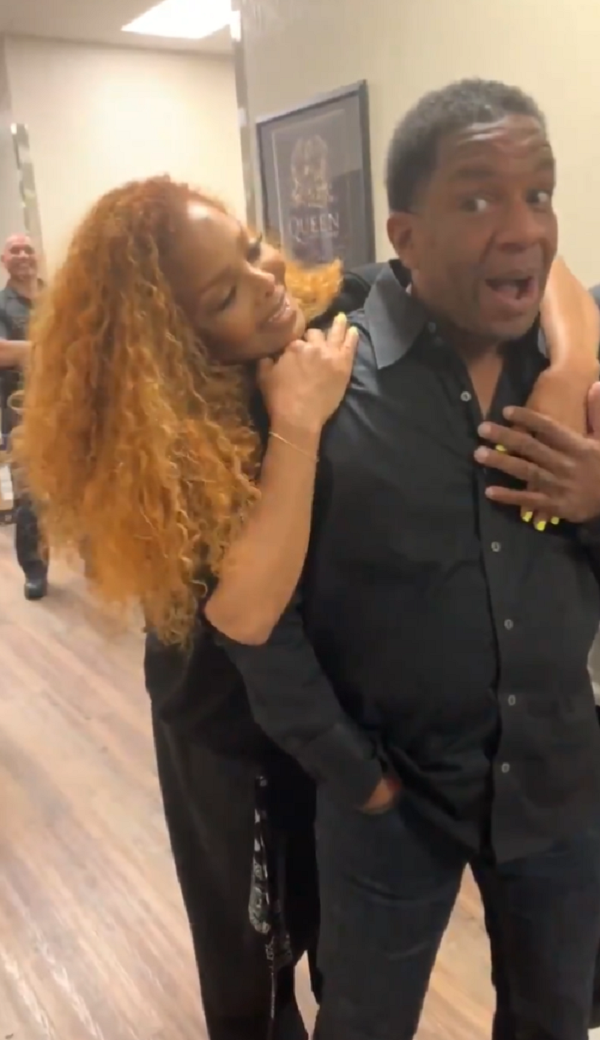 The look on Keith’s face says it all! It does indeed seem like his spirit left for a moment. Yet at the same time, he also looks like he’s getting everything he’s ever hoped for! Once he recovers enough, he turns around and gives her a big hug.

There’s a lot of emotion in this hug between two people who have never met. Keith says that’s because he has so much respect for Jackson and all she’s accomplished. “I was telling her how proud I was of her and the thing she has done with her career and with her life and what a great example she is for us in this day and age,” he said. “We’re very appreciative, but that’s just indicative of how sweet a person she is.” 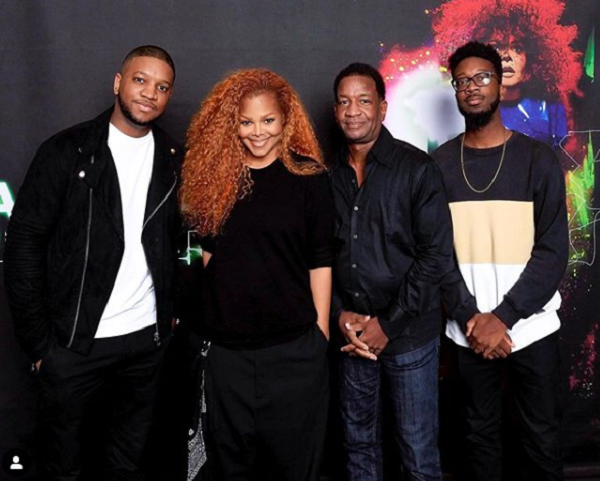 Great job, KB and Chris! Not only did these brothers pull off an amazing surprise with the tickets, but they also managed to keep this exciting secret for months to give their dad the thrill of his life. And a huge shoutout to Jackson for taking the time to get to know her fans!

Watch Jackson surprise Keith in the video below, and don’t forget to share.

Remember my dads reaction on Father’s Day to him finding out he was going to see @JanetJackson show in Las Vegas?….well we went to the show and there was one more surprise. pic.twitter.com/NjMAQOMWkN