The gift of sight is often one we don’t appreciate until it’s gone… but this story is about it being taken and given back, so prepare to smile!

Several years ago, a family’s beloved Irish terrier, Duffy, started losing control of his bladder. He was diagnosed with diabetes, but despite medicating him, he got worse. “He went from a totally normal 8 year old dog to a dog who was completely blind,” his owner, Benjamin May, explained in a Reddit post.

After some time and adjustments to his meds, Duffy’s condition stabilized. Even better, though, he qualified for eye surgery and the family took him to the Veterinary Referral Center near Philadelphia. He probably wasn’t happy with the procedure itself, but the results — well, his tail spins like a propeller and that says it all. 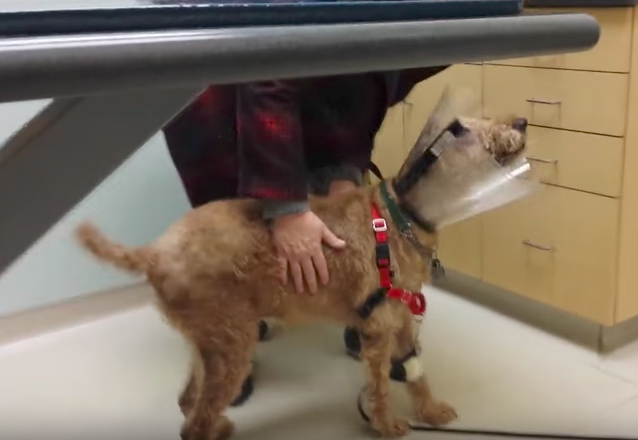 After he recovered from the surgery, he entered the waiting room and could barely contain himself when he caught sight of his greeting committee. 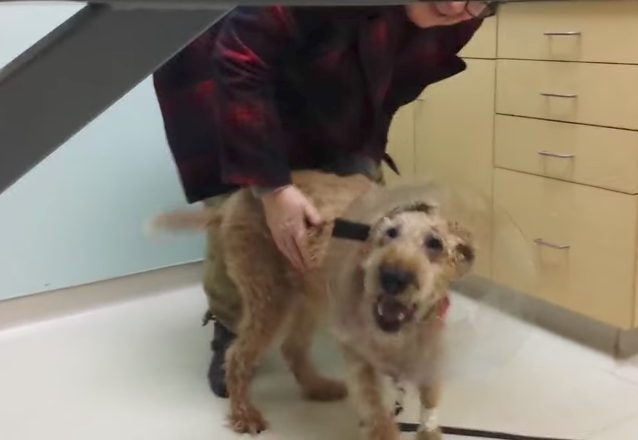 The surgery didn’t come cheap — Benjamin estimated about $5,000 — but if he hadn’t had it, Duffy would’ve been blind for life. 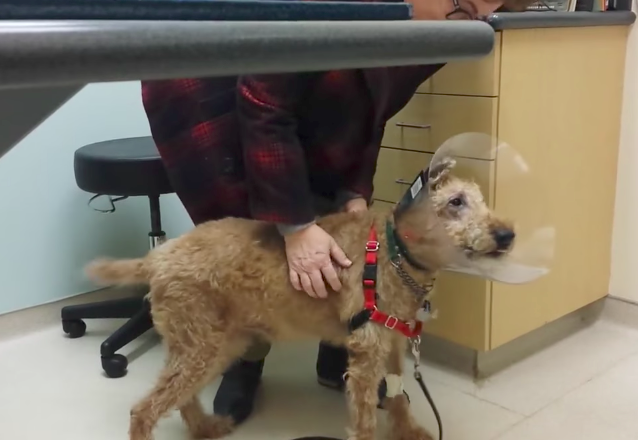 “I know most people will [think] that was a waste of money but whatever. He’s happy and he makes us happy, he’s family to us, you can’t put a price on family.”

A couple months later, Benjamin posted a follow-up clip showing Duffy on the hunt for a chipmunk in their backyard.

Fourteen million people have watched the video, so if you’re looking for some feel-good vibes, watch the tail-wagging family reunion below, and be sure to share to spread happiness!