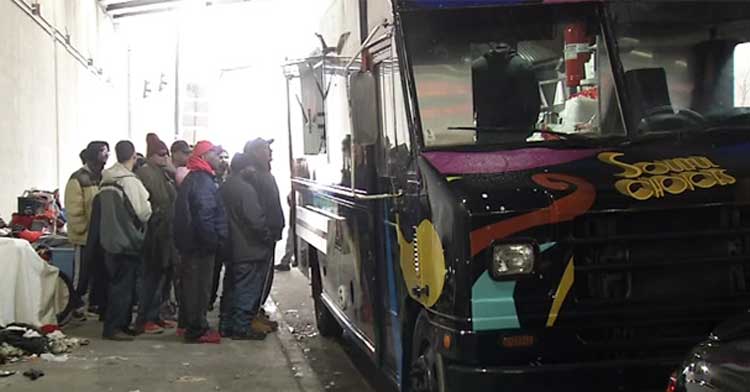 When Gerron Board and his girlfriend decided to go into business together, they had no idea it would turn into a ministry.

Their food truck Soulful Choices quickly turned a profit, which is already impressive enough in that competitive industry, but even more impressive is what they decided to do with the money.

They took that profit and bought as much food as they could, then they took their truck to an underserved area of Louisville, Kentucky, to feed the homeless.

“It’s going to be every time we can,” said Gerron. “We’re going to make sure we do our part.”

Gerron’s generosity has earned him the nickname “The Soul Man.”