One of the most valuable life skills a person can have is good money management. And as far as Shaketha McGregor is concerned, you’re never too young to start learning.

That’s why the single mom-of-three from Georgia recently decided to do her kids a huge favor in the long run. If they wanted an allowance, she told them, they’d have to get jobs — and she was hiring. 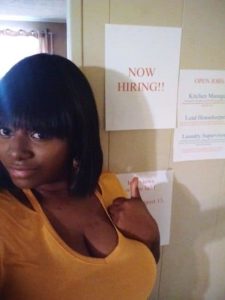 Shaketha first came up with the idea during a shopping trip with her children. She gave 13-year-old Jahkeem, 10-year-old Takeia, and six-year-old Serinity a few dollars each and told them to buy whatever they wanted. And she noticed that with their own cash in hand, they became more cautious about their spending and even checked prices. Encouraged, she figured now would be the perfect opportunity to teach them about earning and budgeting their money. 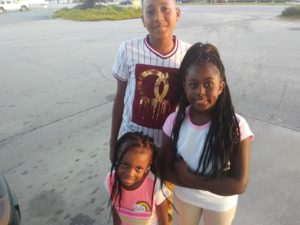 “My children continue to ask for a new cell phone, an allowance, and to go places. Yesterday I told them that I’ve heard their requests and that I’ll have a surprise for them today when they get home from school,” she wrote in a Facebook post. “SURPRISE! It’s a whole hiring event!” 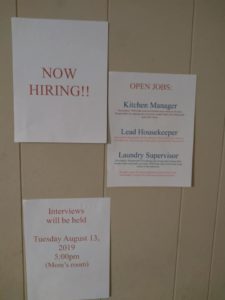 Shaketha had posted help wanted ads in the house for kitchen manager, lead housekeeper, and laundry supervisor, all of which the kids could apply and interview for at home. Their mom had thought of everything — she even advertised her own “Mom’s Credit Union” to help them understand credit! 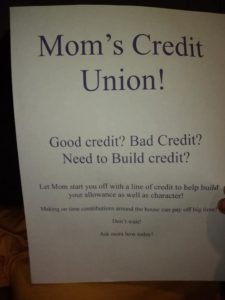 Both Serenity and Jahkeem applied for lead housekeeper. While Jahkeem is older, his little sister got the job after writing she could start the position immediately. That impressed her mom. 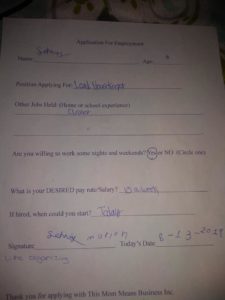 Jahkeem had wanted a few more days to hang out with his friends, so Shaketha ultimately decided Serenity was more qualified. She had a hard time letting him down via rejection letter, but reminded him the kitchen manager position was all his, as neither of his siblings had wanted to wash the dishes. 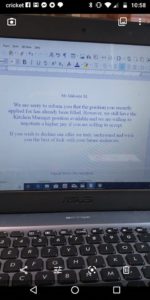 After nailing her interview with a hilariously exaggerated British accent, Takeia scored the position of laundry supervisor. “I think she thought it made her sound more polished and desirable,” Shaketha said. “She really thought it would help her.” 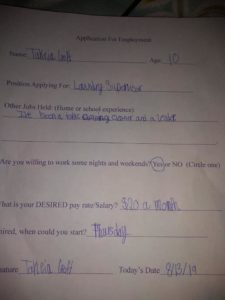 When Shaketha shared the idea on Facebook, it went viral. Thousands liked and shared the post. Other parents thought it was brilliant and wished they’d done the same with their own children earlier. Everyone agreed her Shaketha has her kids’ best interests in mind and that they’ll thank her later down the road. Not only does her method teach children responsibility, but it allows them to have fun while learning! 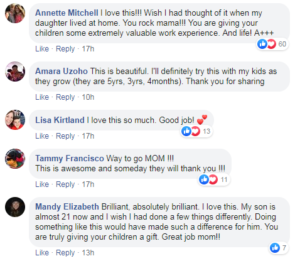 Share this story to spread the idea to other parents.