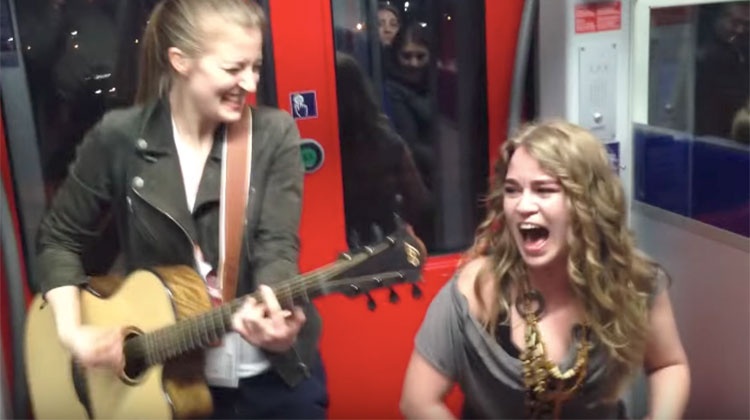 Street performers can be annoying, so-so, or drop-dead phenomenal. After living in New York for six years, I saw my fair share of the first two.

But subway riders on Frankfurt’s S-Bahn got a taste for the best kind of street performer in April 2016. When Kiddo Kat started playing Prince’s “Kiss” on the guitar, Heidi Joubert jumped in to handle the percussion… but the whole jam session was taken to the next level when about halfway through the song, an unexpected soloist jumped in. 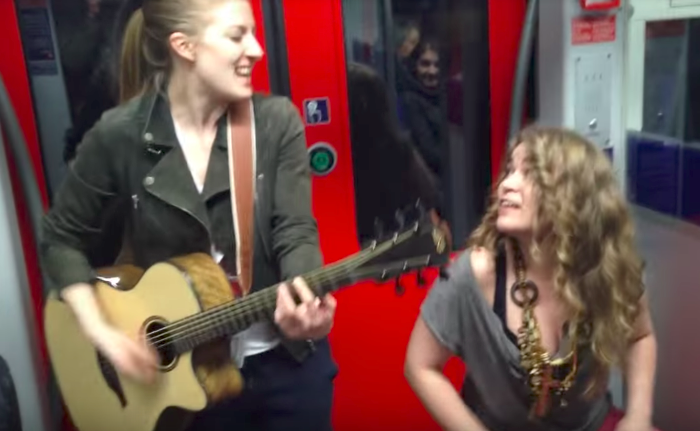 Kiddo Kat and Heidi had everyone on the train cheering during their soulful, upbeat take on “Kiss.” The unplugged rendition was raw and a joy to listen to. 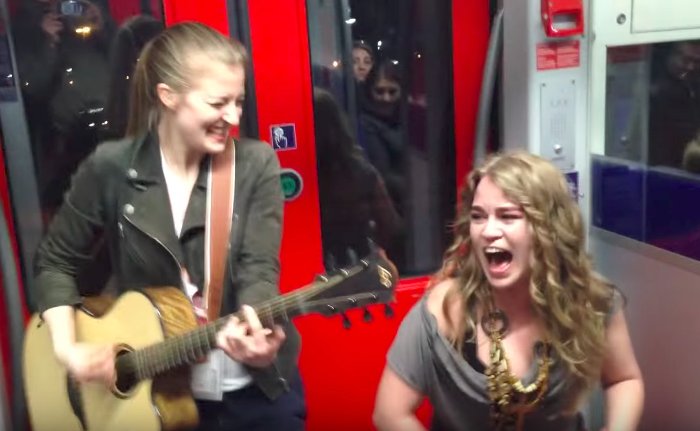 What’s more, you could tell that the dynamic duo was having a blast performing for the small train filled with commuters.

But during a break from singing, something unexpected happened — one of the train riders felt so impassioned by their music that he joined the performers! 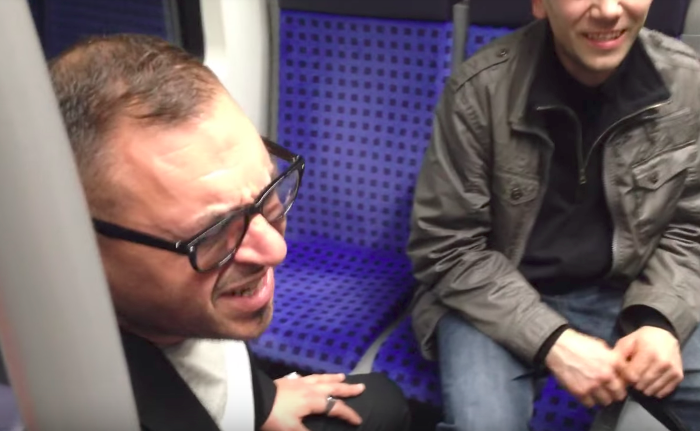 Naturally, everyone on the train — including the musicians were curious about this strange and incredible singer.

It just so happens that the random man is a performer, too! Ozzy Lino, a singer/songwriter/musician, grew up in Australia and has been singing since he was very young. And it shows!

After he sang a verse, the women were about to start back up when he began rapping. 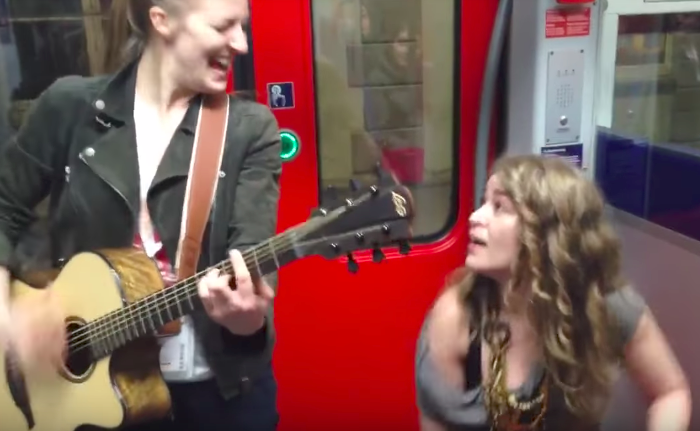 Watch the jam session that basically morphed into a full-on concert below. Share to spread all these wonderful talents with your friends and family.