Sometimes the purest love appears during hardships. That’s certainly been Yassin Terou’s experience. He’s currently the owner of two falafel restaurants that have been dubbed “the nicest place in America” by Reader’s Digest, but his journey hasn’t been easy.

Yassin is a Syrian refugee who moved to the U.S. to escape war and violence. When he arrived, he pursued his “American dream” by opening a shop in his new hometown of Knoxville, Tennessee. Within a few years, the freshly minted U.S. citizen had expanded to a second location. 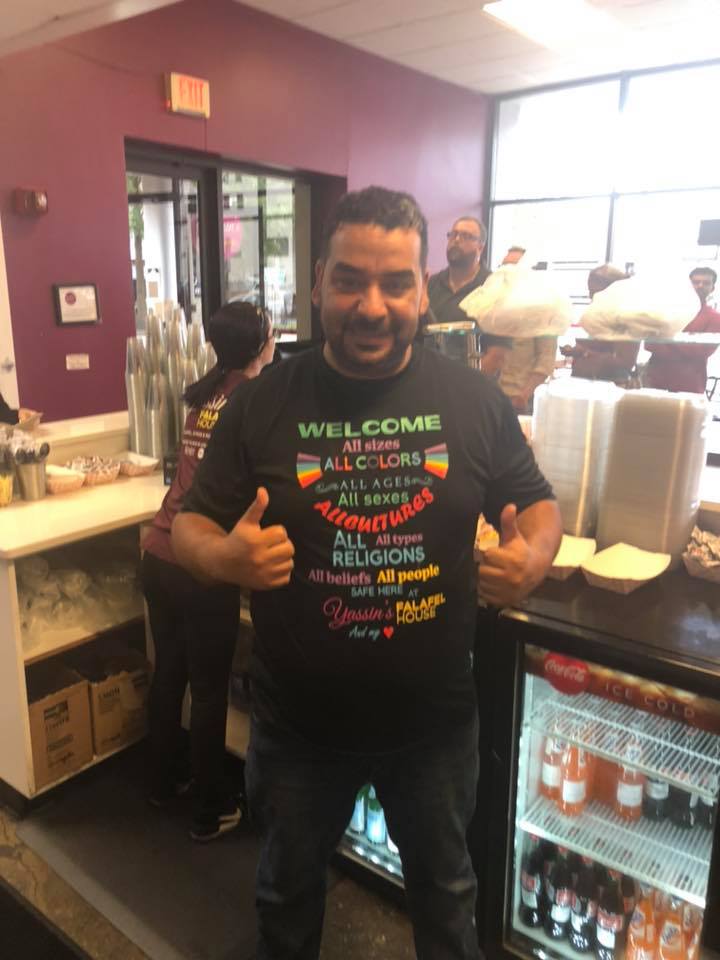 His success comes from the kindness, love, and acceptance he demonstrates in everything he does. You can’t even walk inside his business without seeing a sign that reads, “All sizes, all colors, all ages … safe here at Yassin’s Falafel House.”

These heartwarming messages come from his painful past. For example, when he first arrived in the U.S., he struggled to find his place because he didn’t speak English. But he quickly discovered the best way to combat the hate he felt was to be loving, so that’s how he started living.

“When you love and give your love to people, you are stronger than one who gives hate,” he explained. “Yassin’s Falafel House is about family, about love, about building community. So we make sure when you get your food, you smile and feel love with it.” 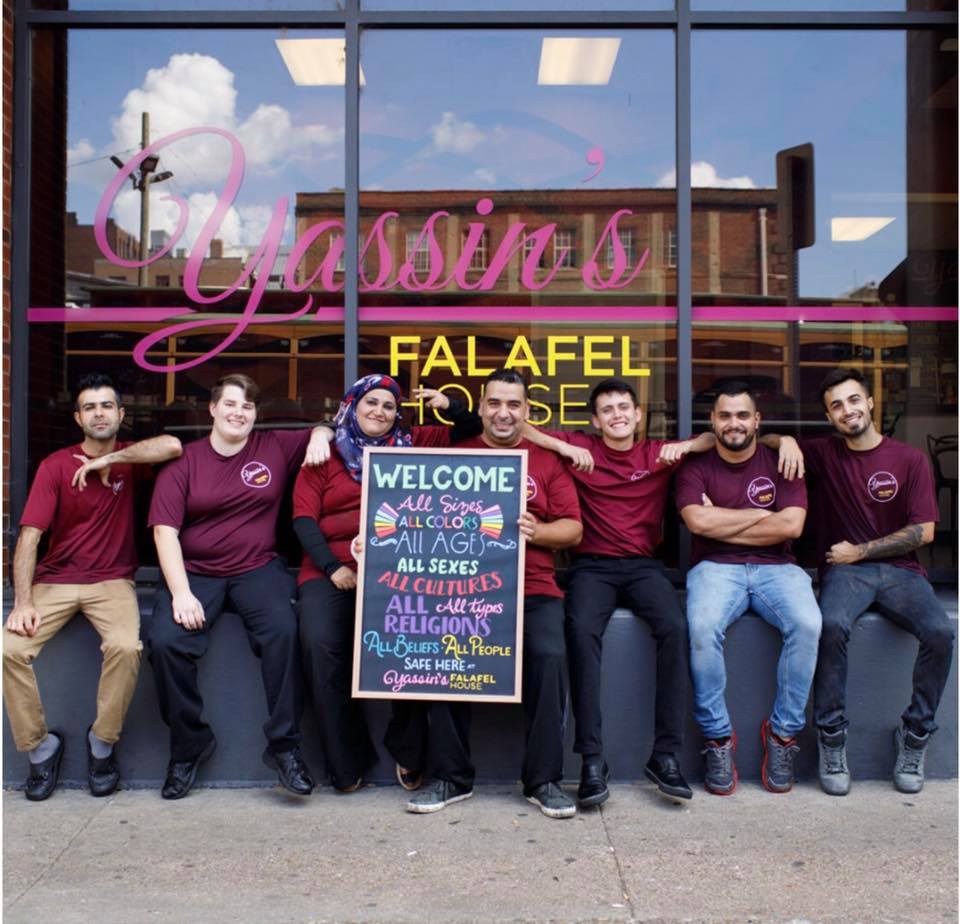 Today, he feels he owes everything to the second chance he received by relocating to the U.S., and he’s determined to give back to his new home. During the government shutdown in 2019, Yassin even offered free meals to federal employees and their families. “It’s important for me [to provide free meals] because these guys are our brothers and sisters,” he said.

His kindness at work is seemingly limitless, but a person’s true character isn’t revealed until things go wrong. One morning, he showed up early and discovered someone had attempted to rob his shop. One of his glass windows was shattered, and the pieces were strewn everywhere. 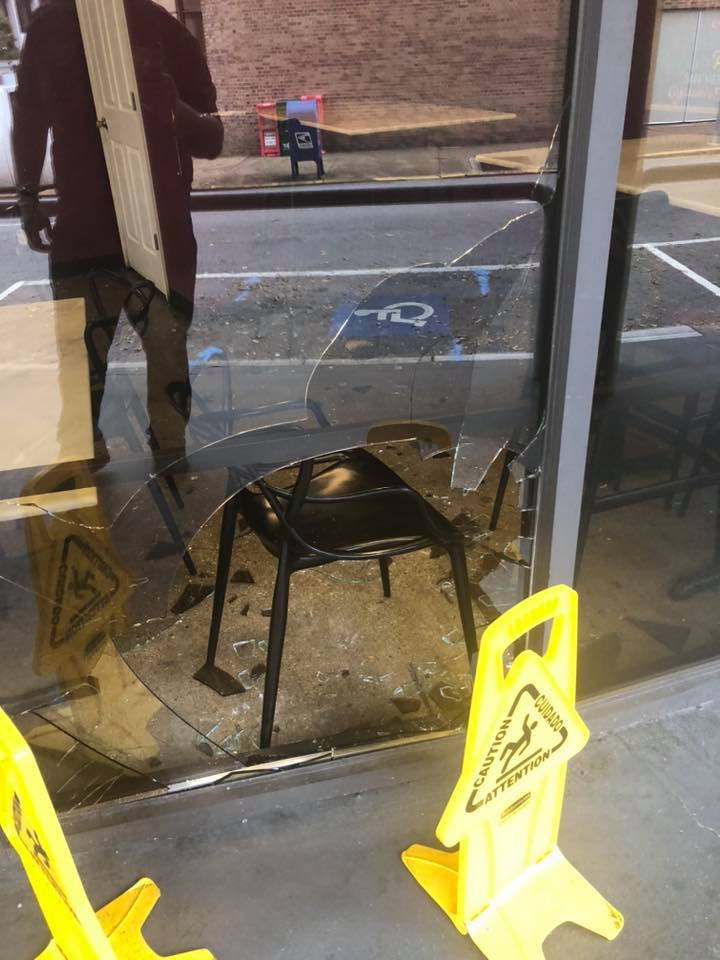 But the would-be thieves didn’t find much worth stealing. Since the food is made fresh each morning and the cash registers are emptied every night, the thief went away empty-handed. Regardless, one would expect even someone like Yassin to be upset by the vandalism, but as usual, he combated hate with love.

He just made a wonderful sign and posted it on the window. 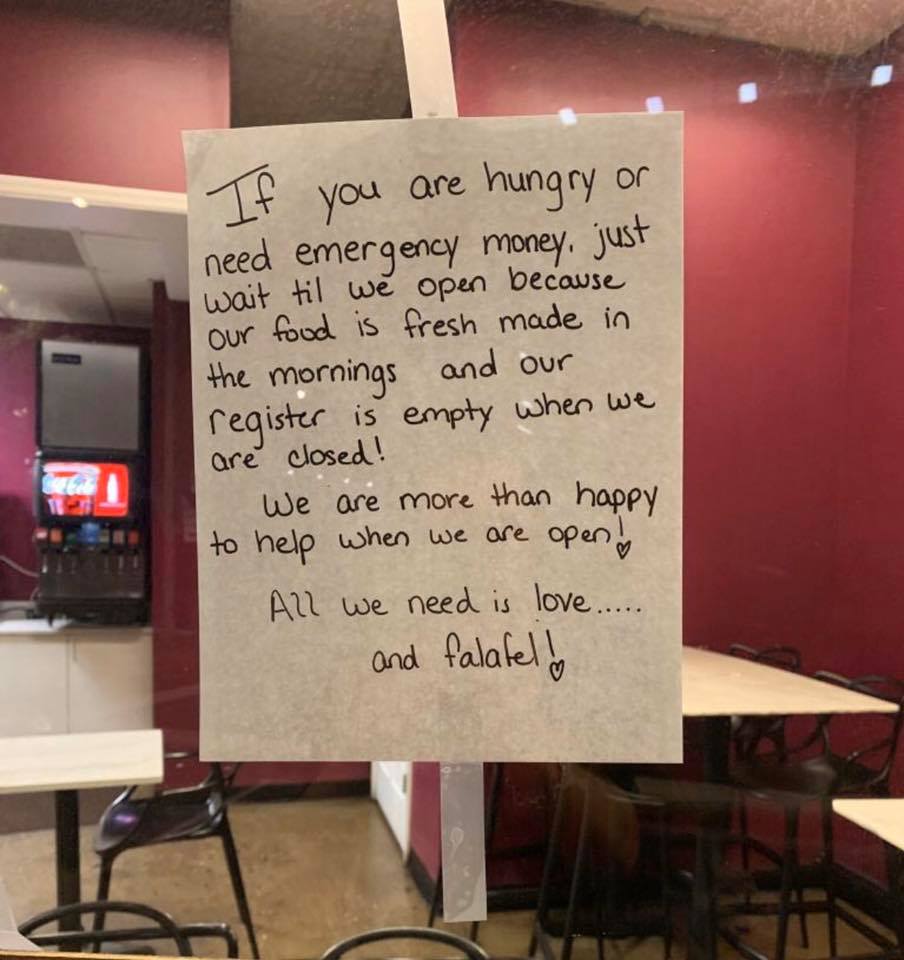 Yassin realized the person who broke in was likely suffering in some way. So instead of being angry, he offered the stranger support and help. This is selfless love in its purest form! We’d do well to learn from this beautiful example of compassion!

Please share this story to encourage people to fight hate with love. Only light can drive out darkness!