Buster the dog was in bad shape when volunteers from Animal Aid Unlimited found him lying near a road in India. He’d been hit by a car, and they didn’t think he would ever walk again.

“He couldn’t bear weight, his hind feet flexed backwards, and we thought he might be paralyzed for life,” the organization wrote on Instagram. But once he was given a second chance, the resilient pup surprised them all! 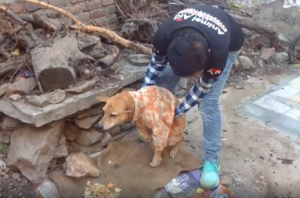 The rescuers scooped Buster up and brought him back to Animal Aid’s sanctuary, where they immediately got to work.

Even though the sweet pup was in pain, he didn’t struggle at all. It was like he knew they were trying to help. Plus, they showered him with lots of love and good food! 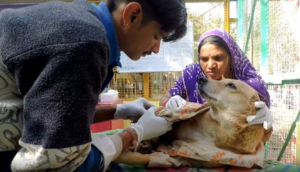 Buster also did well in his physiotherapy sessions, although his new friends were hesitant to get their hopes up. While he still had some sensation in his back legs, they weren’t sure it would be enough to get him on his feet again.

“This older boy was so sweet and mellow, we thought he might not have the fight to heal,” they wrote. “But we were so wrong!” 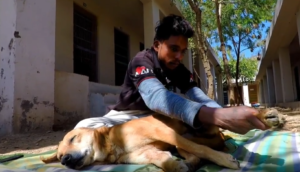 Fast forward six weeks. Not only was the dog standing up, but he was also walking on his own!

It just goes to show that love, care, and time can heal even serious wounds. As Animal Aid Unlimited put it, “Beautiful things happen when you try.” 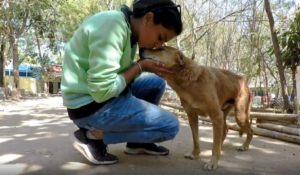 Best of all, Buster was able to go home — with his new forever family! From now on, he’ll be living the good life! 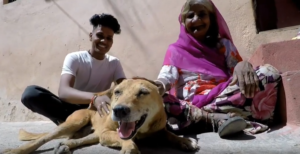 What a remarkable turnaround! Buster may be a gentle soul, but he obviously has a fighting spirit. We’re so glad these wonderful people gave him the second chance he needed. You can help them rescue even more animals by donating here.

See the pup’s amazing recovery in the video below, and share this story to thank the heroes who saved him.