They say parents “know” when their family is complete. For some that could mean after one child, for others it could be after 10. Then there are those who won’t stop until they adopt a child in need.

Such is the case for the Tate family. Sidney and her husband Leighton have always discussed adopting a little one — and when their four daughters caught wind of it, they were determined to make it happen. 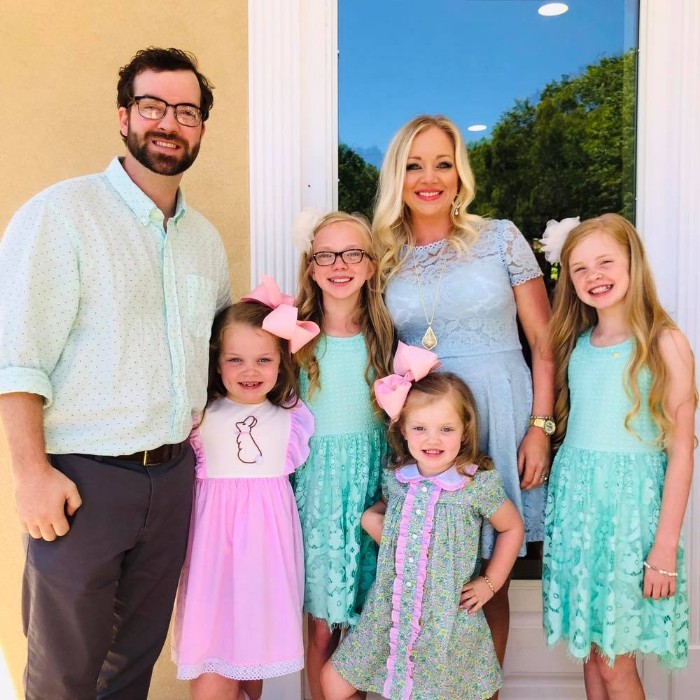 11-year-olds Susanna and Mary Anson, 7-year-old Eleanor, and 4-year-old Evelyn wanted their parents to go forward with the process right away, elated by the idea of having another sibling. Leighton explained adoption is expensive and said, “I’ll make you a deal: The initial payment is $4,000 to start the adoption, and you girls can help us get that together.”

Sidney and Leighton didn’t think anything would come of it, but then their girls came up with a brilliant plan. 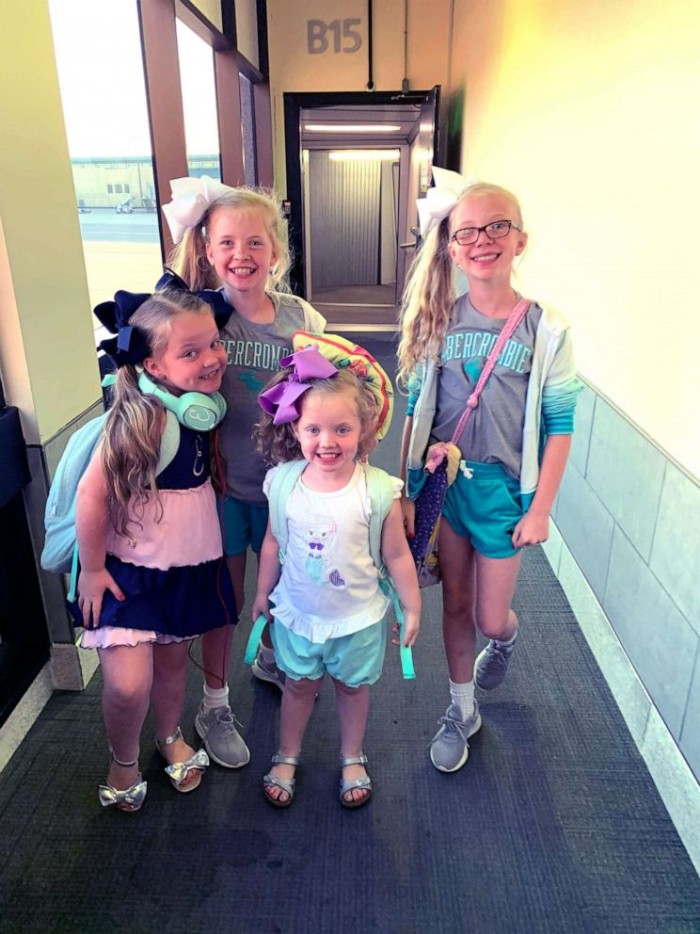 They started a business they called “Bracelets for a Baby,” where they sold custom-made bracelets and anklets. At first, they worked from their church, but then they realized they could set up a “storefront” (that looks like a lemonade stand) in front of their mom’s salon.

The new location brought them plenty of good business (who doesn’t want to help a family adopt a baby, after all?!). Even better, the hardworking little entrepreneurs got some new recruits. The girls’ aunts and grandma decided to join in, touched by the girls’ passion. “It really shows how big of hearts they have,” their aunt Allison said. 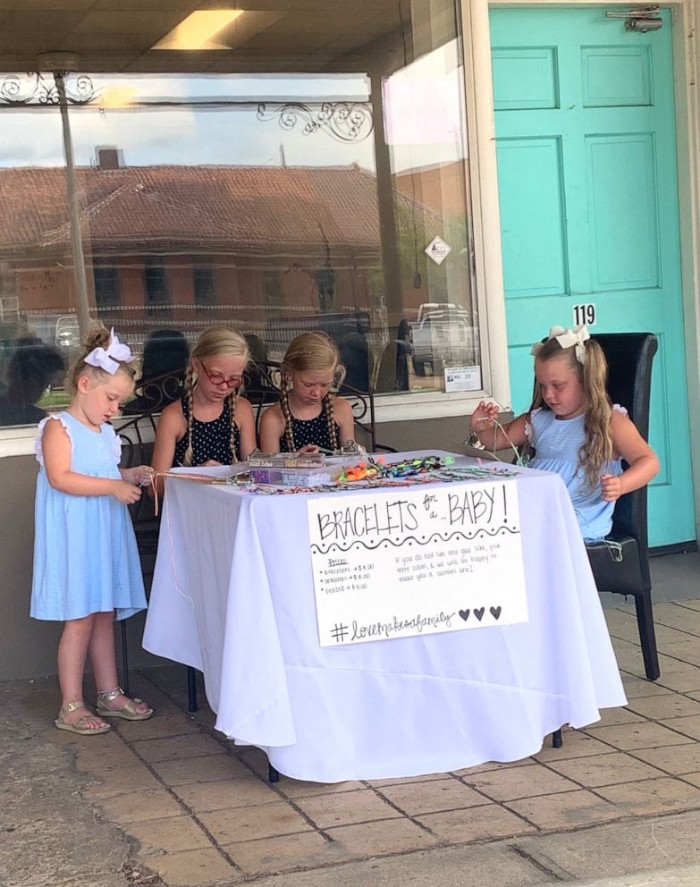 The little ladies are clearly good at what they do. They’ve raised more than $1,200 to go toward the adoption fees, and both their parents are blown away by their drive and selflessness.

There’s no word yet on when the Tate family will start the official process, but Mary Anson is particularly excited for the day she will tell her new sibling she played a part in bringing them into their family.

Be sure to spread the love, and share this sweet story with your friends!