Every parent comes to know that any change in routine can send their little one into a tailspin. Even if the adjustment is positive and exciting, kids take awhile to adjust — and can really struggle in the meantime.

Amanda Williams was thrilled when she moved her family into their new home in Eldridge, Iowa, particularly because her two children would each have their own bedroom. Unfortunately, her 6-year-old son wasn’t quite as excited — in fact, he was terrified. 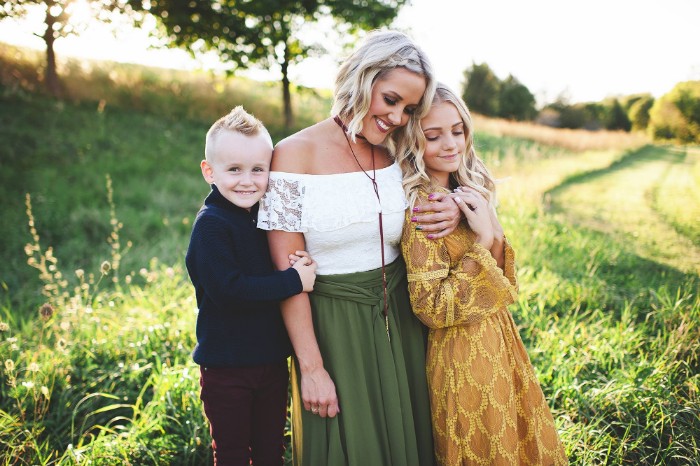 Amanda’s son Hayden spent years sharing a space with his 15-year-old sister, so the new house, room, and solo bedtime made the little guy anxious. Amanda said she “tried everything under the sun” to get him to sleep in his room alone, but nothing was working.

Hayden was convinced something scary was lurking in the shadows. According to Amanda, the sweet boy begged her to take him to the police station or to a doctor.  He was convinced he had “something wrong with his head” because he couldn’t stop his frightening thoughts from coming. 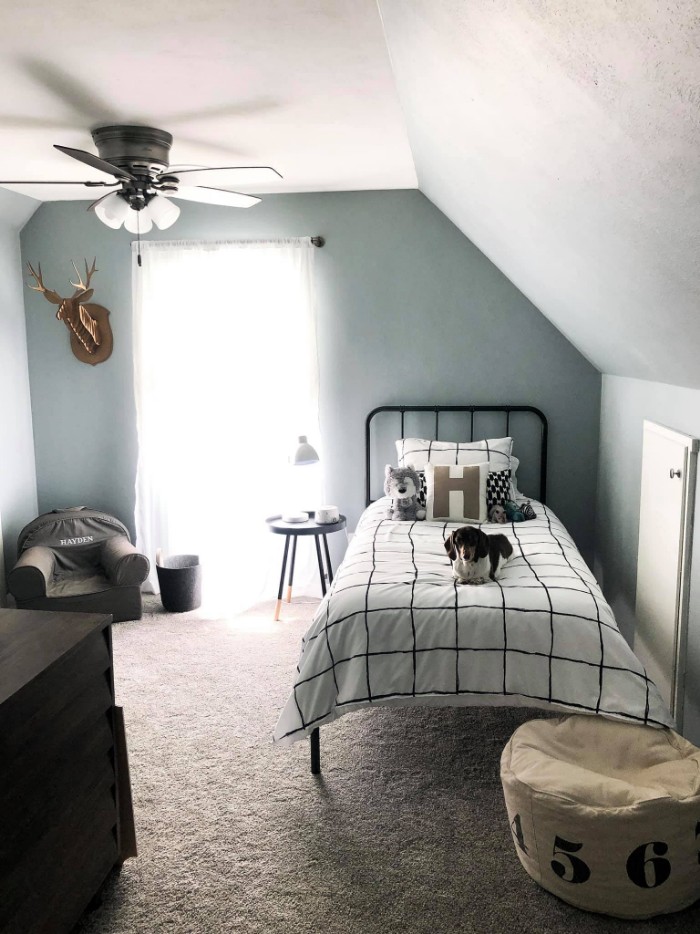 Being the amazing mom she is, Amanda listened to her son’s request. She took him down to the police station to talk to some officers. When they arrived, they met Officer Bruce Schwartz, who chatted with Hayden about what was going on.

After their talk, Schwartz offered to scope out the 6-year-old’s intimidating room. He wanted to reassure Hayden that he didn’t have anything to be afraid of, and it worked! 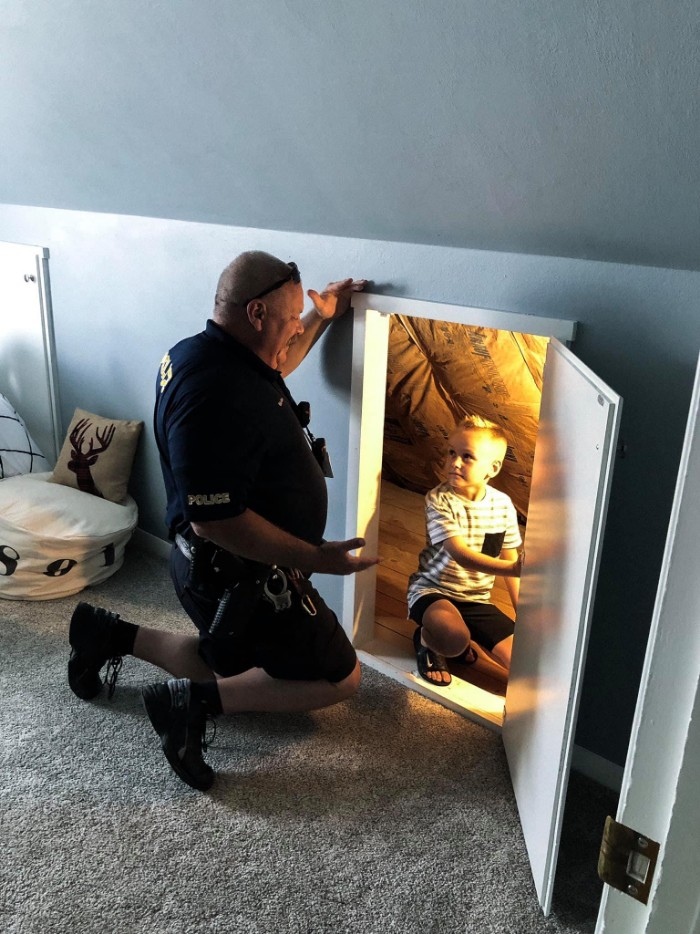 That night Hayden slept in his room by himself! Amanda said it did take time (three hours to be exact) to convince him to go to sleep, but once he was down, he stayed in bed all night. And the next morning, he was beaming with excitement and pride.

Amanda decided to take some back-to-school photos to celebrate and said as she was snapping shots of Hayden, his face “lit up.” Schwartz was walking up to their front door to check on his new friend and see how the night went. 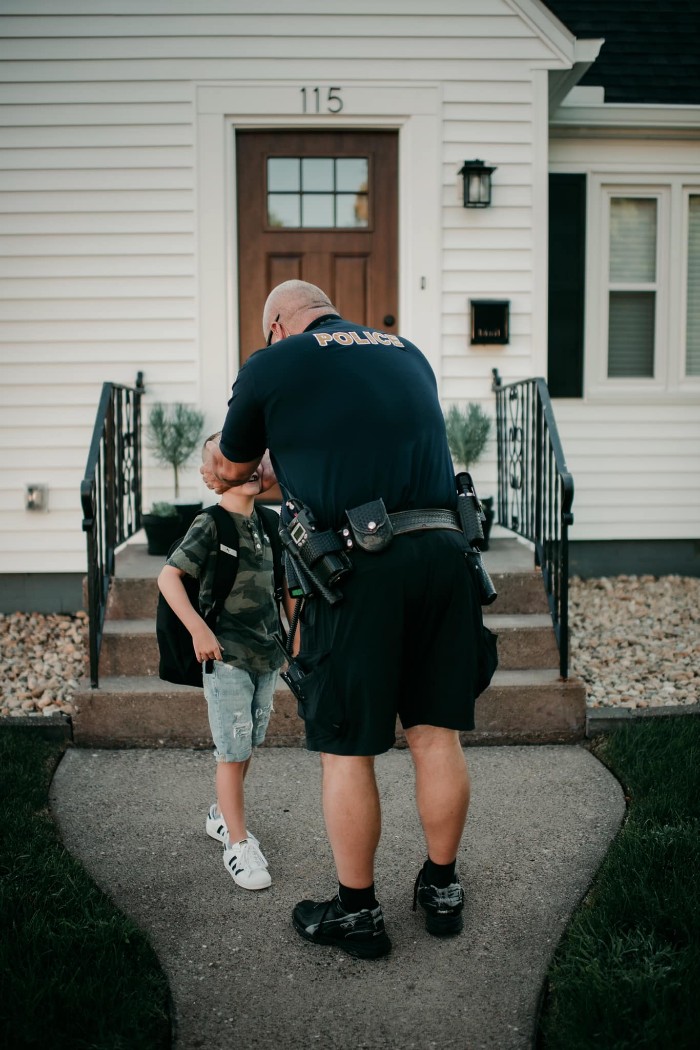 Hayden was bursting with joy as he told the officer all about his great accomplishment. He even told Schwartz that he used the technique the kind officer taught him to fall asleep, which was to think “of what makes him happy when he lays down each night instead of the bad things that may happen during his days.” 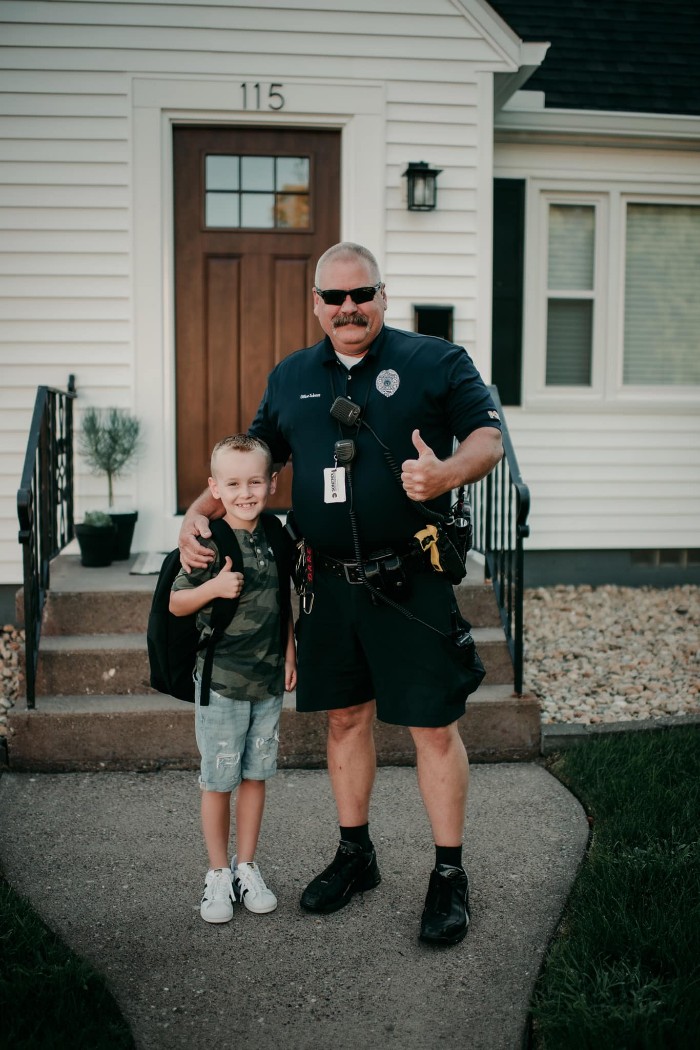 Schwartz doesn’t think much of his sweet gesture. He told a local news station, “I’m definitely not special. Any one of our officers would have done the exact same thing. We do this job for that reason: to help people.”

It’s safe to say Hayden disagrees. To him, Schwartz is someone incredibly special!

Be sure to spread the love and share this story with your friends!