When Mrs. Castlebury waltzed into her 1st grade classroom on the last day of school, her dress had the school buzzing. The dress showcased the artwork of Castlebury’s first grade students, who put all their love into creating a one-of-a-kind dress for their beloved teacher. The project was her way of showing hers students how much they were treasured before bidding them farewell for the summer.

“It is a memory dress because I don’t want to lose the beauty of the kids as they have to grow up and move on from me,” Castlebury told TODAY in an email interview from South Korea, where her husband is stationed in the U.S. Army. “It is a wonderful thing, but so sad each year to fall in love with these kids and then have to say ‘see ya later.’ 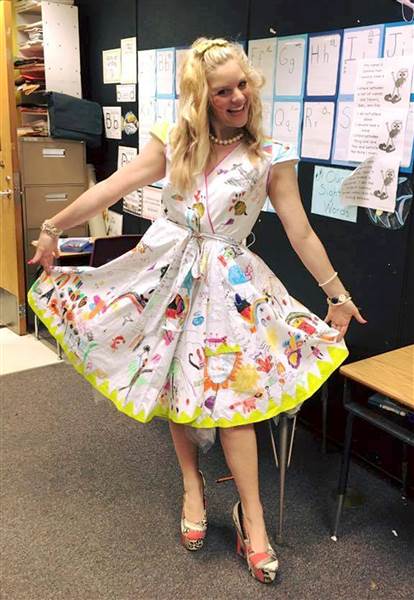 Castlebury spent $35 dollars on enough white fabric to make a simple dress, then let her kids paint, draw, and memorialize the school year to their hearts content. She simply asked them to “draw and write what was on their hearts and what was beautiful or important to them.” 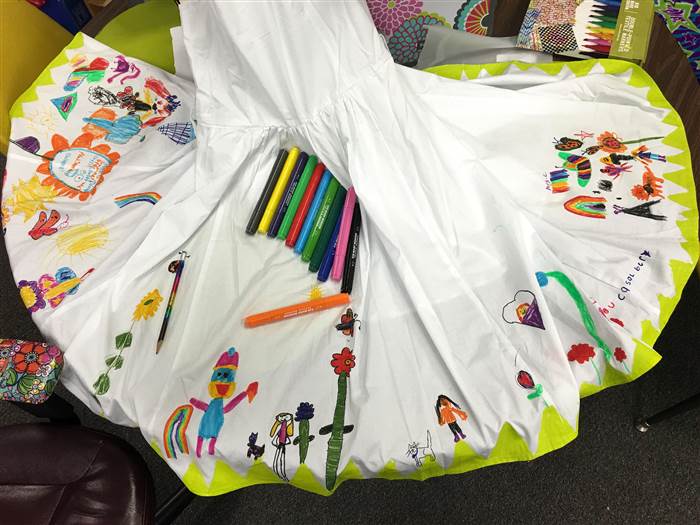 “They were so careful and loving with the dress!” Castlebury said. “I can tell they did their best. They soared with such beautiful artwork. I was blown away.” 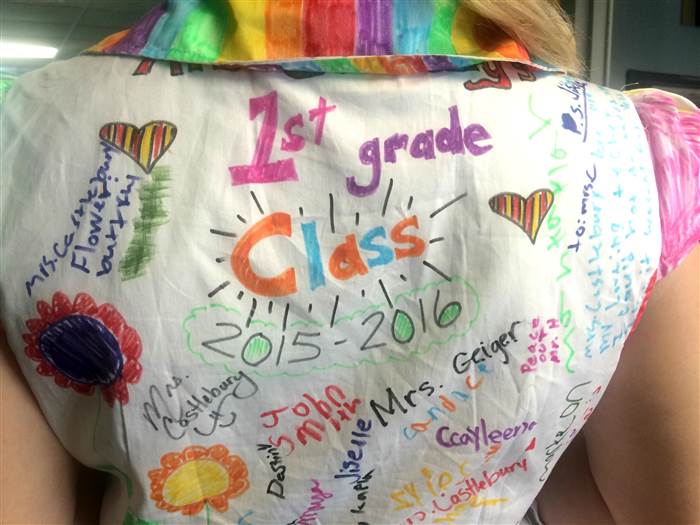 Working in shifts over the last few weeks of school, her students drew hearts, birds, cats, and flowers and then each signed their name on the back. 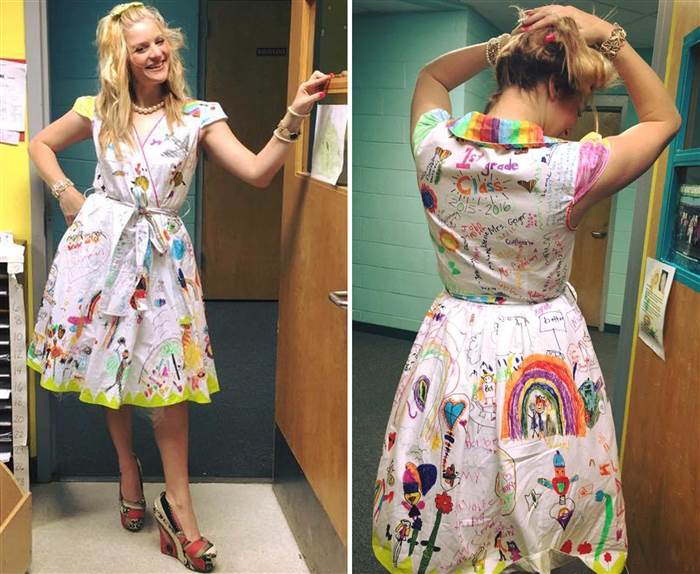 Castlebury twirled her way through the school on May 26th, telling everyone and anyone who would ask that it was made by her “little Picassos.” 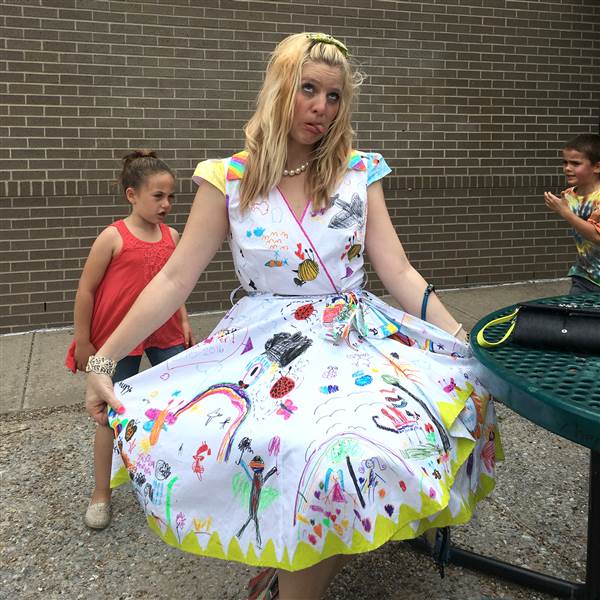 What a wonderful finale to their first year of grade school.