We’re all about feminism and women standing up for themselves, but even the strongest girl sometimes finds herself in a situation where she needs a little help. There’s a reason the Beatles famously sang, “I get by with a little help from my friends,” after all. No one can do everything alone!

Thankfully, for one little girl at karate practice, a fellow competitor noticed she was in over her head, so he heroically (and hilariously) came to her rescue. 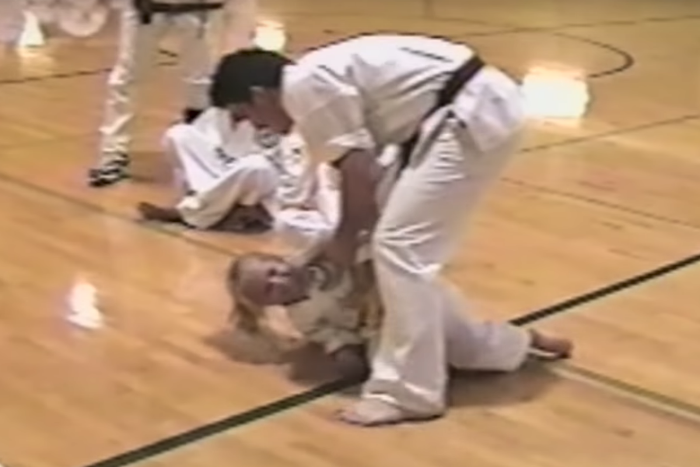 In a video posted online, a little girl is practicing her self-defense during a karate class. Her teacher is “attacking” her as she tries to fight him off. Parents can be heard instructing her to “kick” him and find ways to break free. Two little boys who are in her group are seen watching the “fight” and cheering the little girl on. 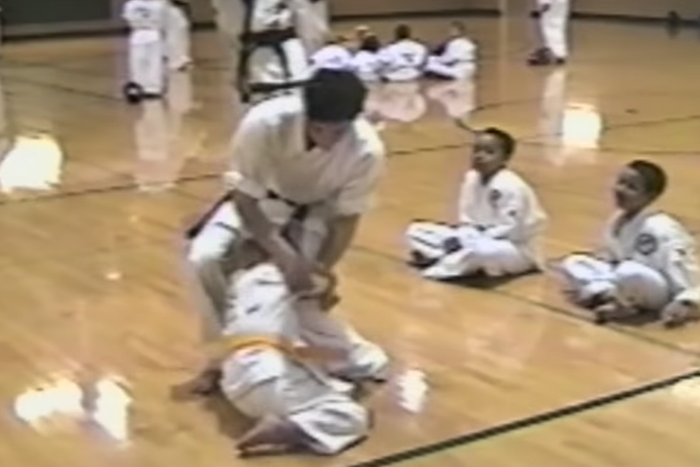 Still, despite the little girl’s best efforts, she never fully breaks free from the teacher (though, she does keep a smile on her face the whole time – such a good sport!). She tries and tries, but even when she seemingly escapes, the teacher grabs her again.

Then, a tiny hero comes to the rescue. 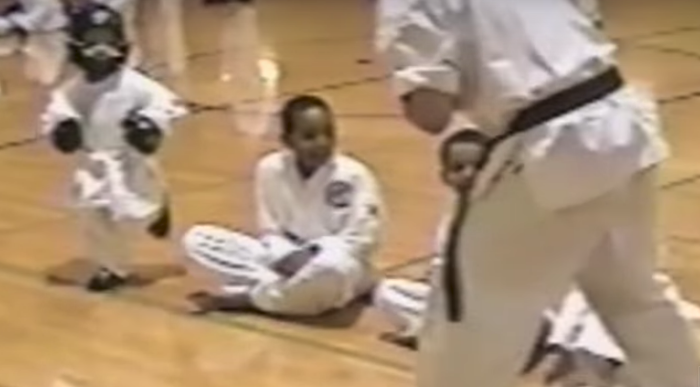 Just as the little girl accepts her defeat, a young boy comes running up to the coach. He’s wearing a protective helmet and boxing gloves and appears to be ready for a fight.

That’s when he comes in and punches the teacher who was “attacking” his friend. 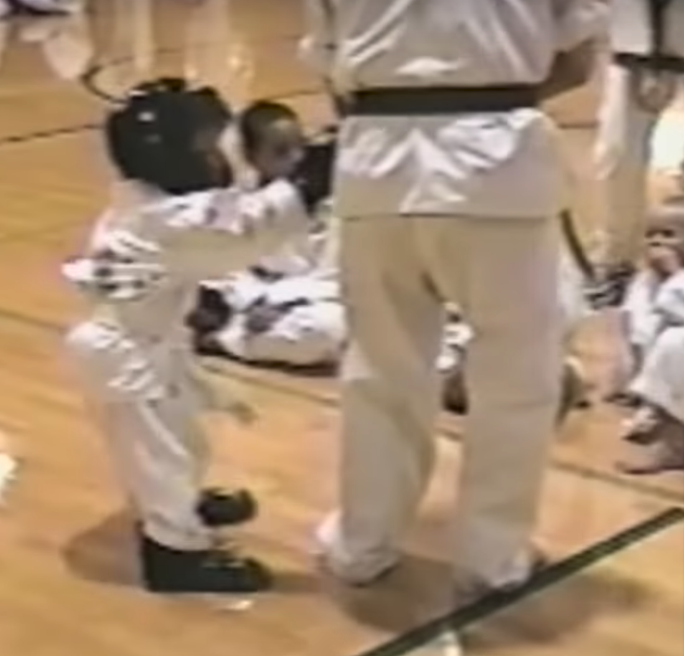 An eruption of laughter breaks out among kids, teachers, and parents as the little boy runs back to his group of students, and looks over his shoulder as if he’s telling the teacher “I’m watching you”.

The video has gained a lot of (well-earned) attention as people praise the little boy for stepping up for his friend. One person said, “some bully is going to get an unwelcome surprise” – and we couldn’t agree more! This kid is going to be a superhero someday (as if he isn’t already).

Check out the adorable sucker-punch in the video below and be sure to share with anyone who could use a dose of cuteness today!