There are some photos that are so pure we can’t help but grin when we see them.

John Beck captured just such a photograph during a fundraising event at Animal Advocates of South Central Pennsylvania. John was there with his father Martin Beck when another organization, Animal Rescue, Inc. of New Freedom, Pennsylvania, showed up with some very special guests. As you can see, Martin was ecstatic. 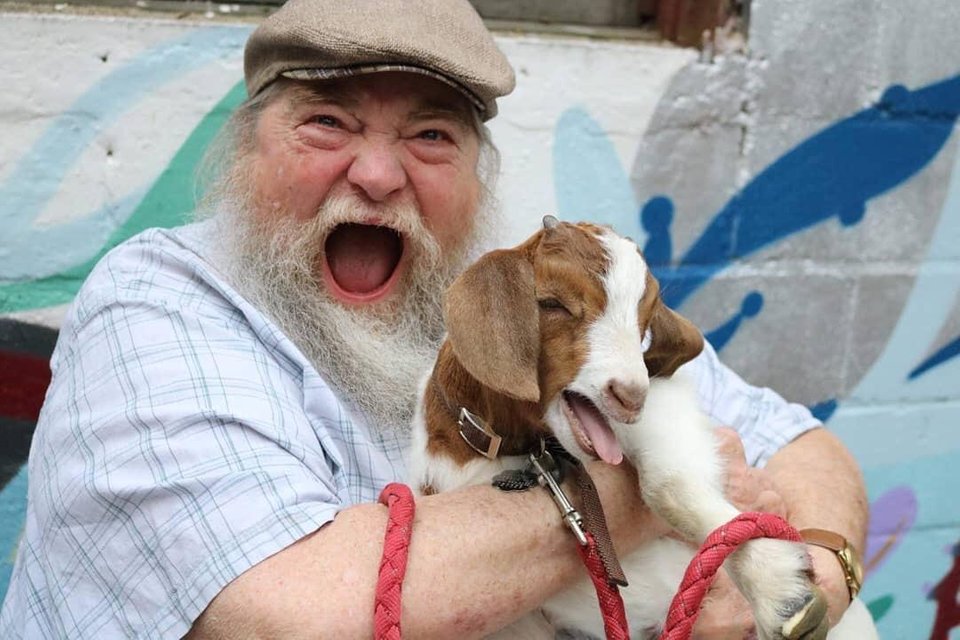 Yes, that’s a grown man who is adorably freaking out over the appearance of a three-week-old baby goat named Pongo. Pongo was one of a group of 30-50 other goats who were heading to slaughter when Animal Rescue Inc. rescued them. The farmer who had cared for the goats before fell ill, so he turned them over to the animal sanctuary just a few weeks before this event was held.

Pongo and the other goats are all up for adoption now. John and Martin are not able to take a goat into their homes because their living situations don’t allow barnyard animals, but that didn’t stop them from snuggling these cuties and getting a good “goat fix” while they could. 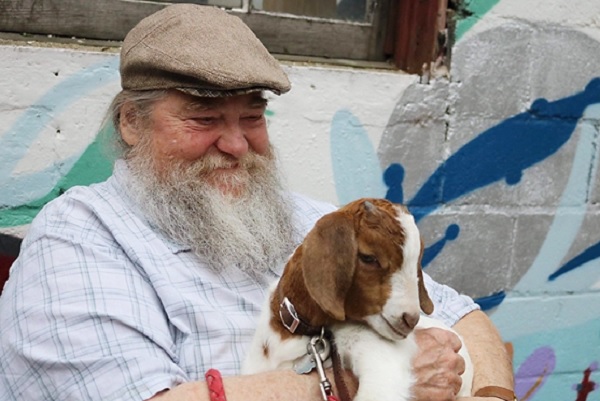 “Pongo is a rescue,” John explained. “Unfortunately, he’s not mine, I wish I could take him but city ordinances say no goats. He was actually visiting at a fundraiser event [that] my dad and I were at for Animal Advocates of South Central Pennsylvania. They do a lot of outreach in the community to raise awareness. That’s why my dad was so ecstatic. It was a surprise Pongo was there.”

John went on to say that the appearance of the baby goats helped the shelters bring in $3,500 in donations! Animal Rescue is devoted to caring for abused and abandoned animals, so every dollar really counts!

John says that Pongo is a particularly sweet goat baby who loves chin rubs, head scratches, and eating dandelions. “Pongo is the best!” he enthused. “Pongo is a lover and loves being held. In fact, he kept falling asleep in people’s arms. He’s a very relaxed baby goat.” 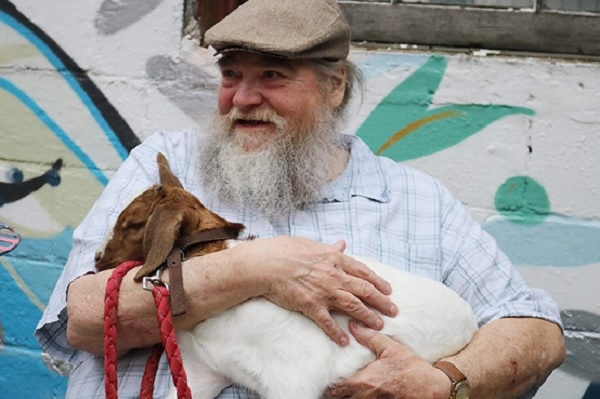 After John shared the adorable pictures of Martin holding Pongo on Reddit the images went viral. Hopefully their new internet stardom will help these sweet babies find loving forever homes. No matter what happens, we’ll always have these fantastic pictures to warm our hearts. This is what true joy looks like!

Please share this story to help Pongo and his friends get adopted.