Beating your own personal best means a lot to most runners, but some things are infinitely more important than speed.

As Elizabeth Griffin stood near the finish line of the New York City marathon, one particular runner caught her eye. A man was running along, making great time and looking barely winded after the intense 26-mile run, when he suddenly broke his stride and walked over to the bystanders. Reaching out, he took hold of a sleeping infant and, giving his wife a kiss goodbye, he proceeded to walk the rest of the race while carrying the baby. 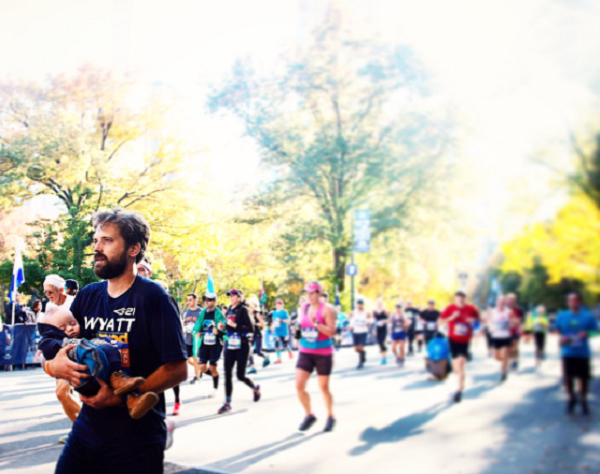 Moved and inspired, Elizabeth snapped a picture and later shared it on Twitter, asking if anyone knew the story behind this incredible runner. She quickly learned that his name is Robby Ketchell and he’s a scientist who was running the NYC marathon for a very important reason. Robby’s 7-month-old son Wyatt was born with three copies of the 21st chromosome — Downs syndrome.

In honor of his little boy, Robby ran the race for LuMind Down syndrome research, hoping to raise a modest amount of $3,210. Naturally, the avid runner set a time goal to match his cause, hoping to run the race in three hours and 21 minutes. 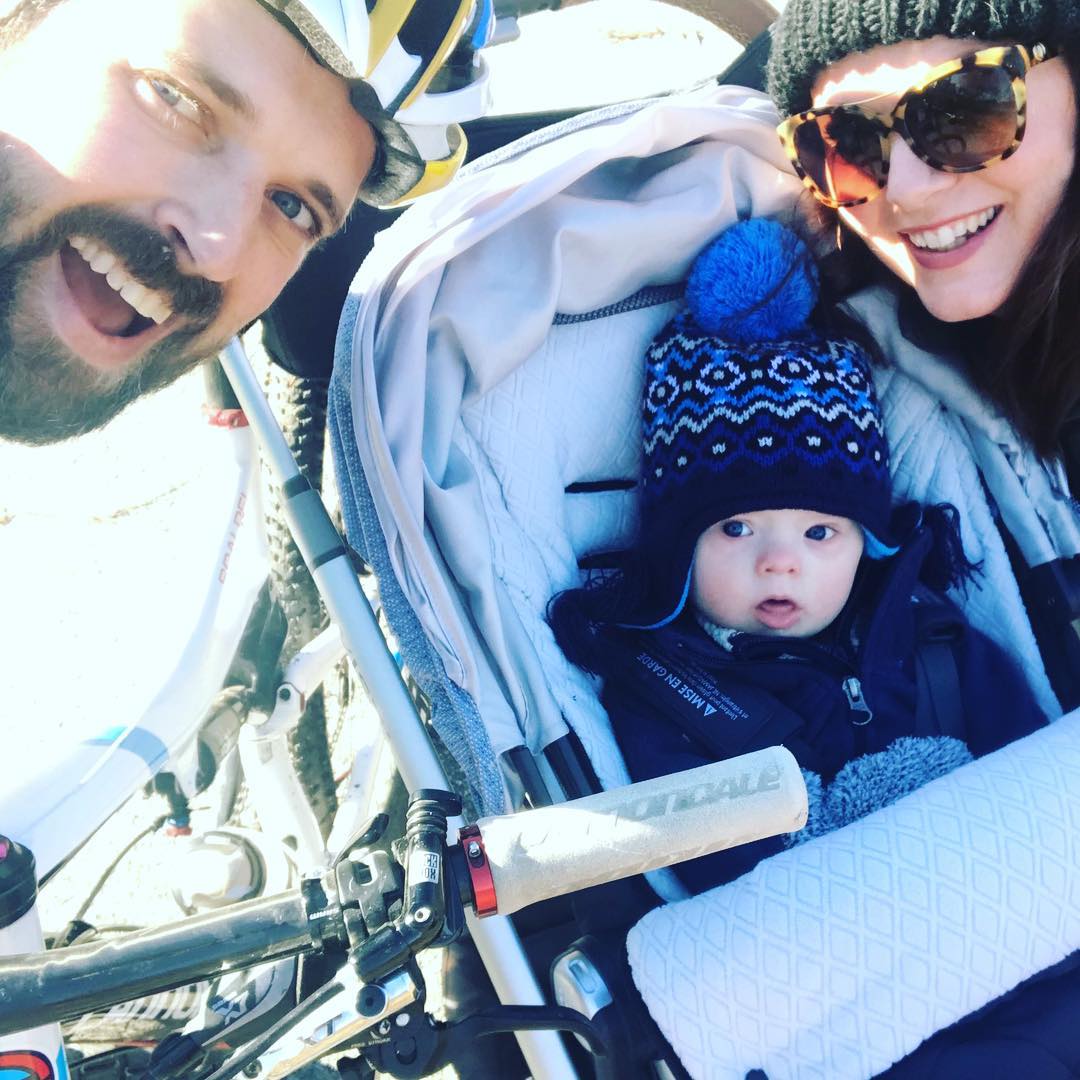 Robby and his wife Marya Ketchell explained that their son is fighting a tough battle every single day, so running a marathon in his honor made sense to them.

“Wyatt runs 5 marathons a day,” Marya wrote on Instagram. “His feeding therapists (he has 3, plus he is in an aerodigestive clinic) say that eating is so hard for him, and requires so much effort, that finishing a bottle is like running 26.2 miles.” 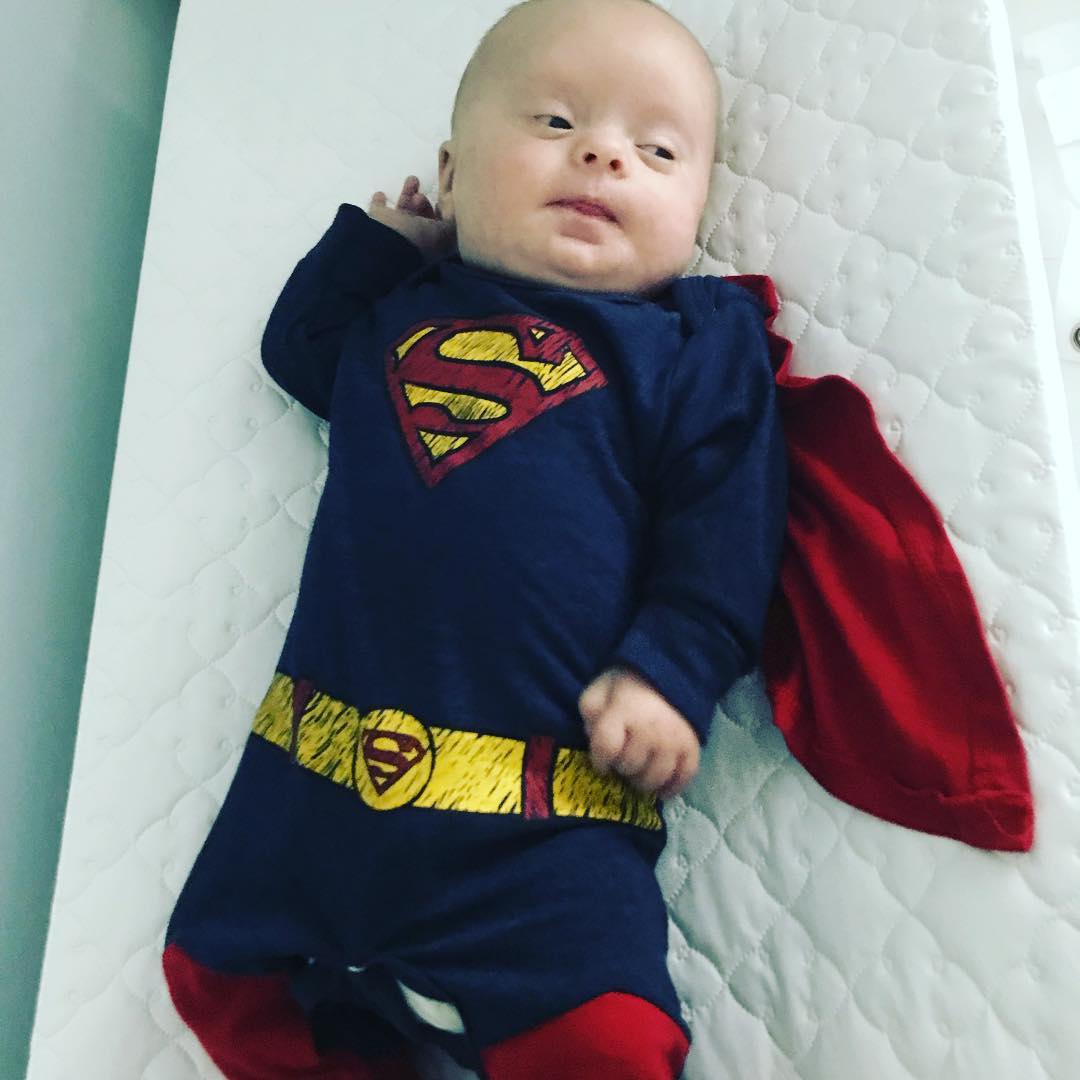 Even though slowing down meant that Robby would not meet his goal of 3:21, the fact that he got to cross the finish line with his son in his arms meant more to him than anything else. He stated:

To me, it was almost better than breaking 3:21. I had pushed my limits, which was the point. I couldn’t go any farther. And we got to share the moment of going across the finish line together. I’m not really a crier, but tears were definitely starting to come. People around us were crying — even people who didn’t know the story, who just saw me carrying my son across the line. Usually when you run a marathon, you put your name on your bib so everyone will cheer for you. I had put Wyatt’s name on mine so people were screaming for Wyatt the whole time. That made things emotional from mile 1. 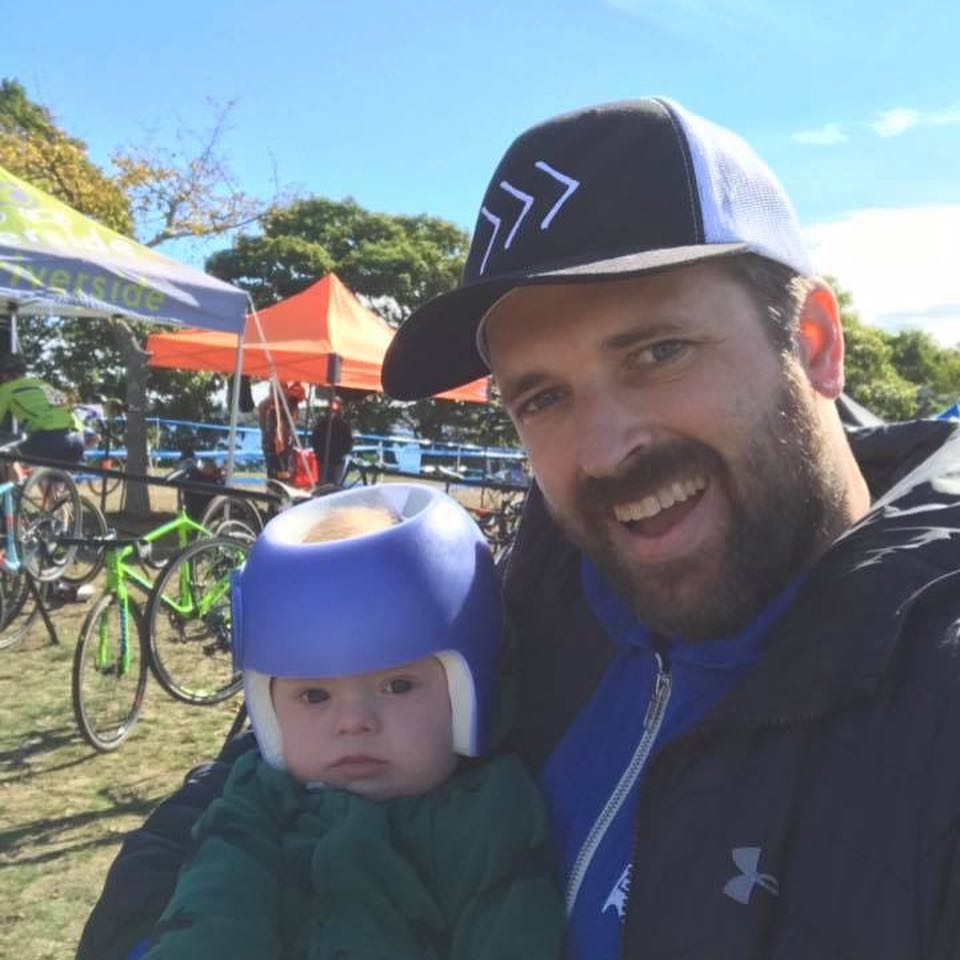 Thanks to Elizabeth’s picture going viral, Robby may not have met his time goal but he did reach his goal to raise funds for LuMind Research. In fact, he blew it away and has now raised over $11,000 for Downs research!

Not only that, but his work to remove any stigma around people with genetic differences is sure to inspire and motivate others to make a difference. Way to go, Robby!

Watch the sweet moment when Robby gathers little Wyatt into his arms to finish the race below, and be sure to share.

Dad post! I left nothing out there. Was on pace for 7:30 min/mile average for 20 miles. Could have backed off and gone for a 3:40, but that’s not what we came for. I went until the lights went out. Then I finished it off and walked in with my best friend. Thank you to all the fam and friends and our tribe for your support. #ThisIsForMyBestFriend #Tour_de_Wyatt #WarriorsFinishStrong #theluckyfew #themighty #thisisdownsyndrome #downsyndromeawareness #upsyndrome #running #runningmotivation #runningwithpurpose #homieswithextrachromies #lumind #theluckyfew