Captivating audiences with never-before-seen illusions, visualist Will Tsai dominated the America’s Got Talent audition stage, where he provoked jaw drops from judges and brought the audience to its feet. With excellent stage presence, the young magician explained the audition was his trick’s debut.

“I’ve never done it for anybody,” he shared with the judges. “I just created it for this show.” With the judges’ and audience’s interest piqued, Tsai began his act with a rose in hand and these enchanting words: 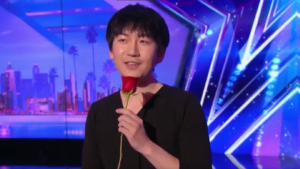 “I like flowers because they remind me how beautiful life is. But they are also very fragile, and that’s why every second counts. In the grand scheme of things, life happens in the blink of an eye. So for the next few moments, don’t blink.”

As the audience stared intently at Tsai and his small prop table, he proceeded to flawlessly transform coins into beautiful rose petals. With the snap of his fingers, he moved coins across the table before finally retrieving the rose petals from the rose he held at the beginning of his act in place of the coins 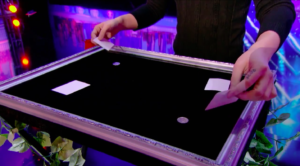 Tsai had high hopes for his performance, and he delivered.

“I’m hoping this will be a turning point for my life,” he told judges before his performance. “I really want to make it happen for my family.”

That’s exactly what he did, earning a standing ovation from audience and judges alike. 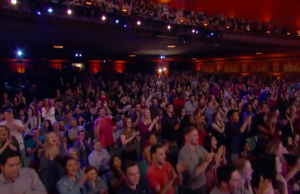 As Tsai moves on to America’s Got Talent’s next elimination round, his audition video continues to go viral around the world and viewers highly anticipate what he might have in store next.