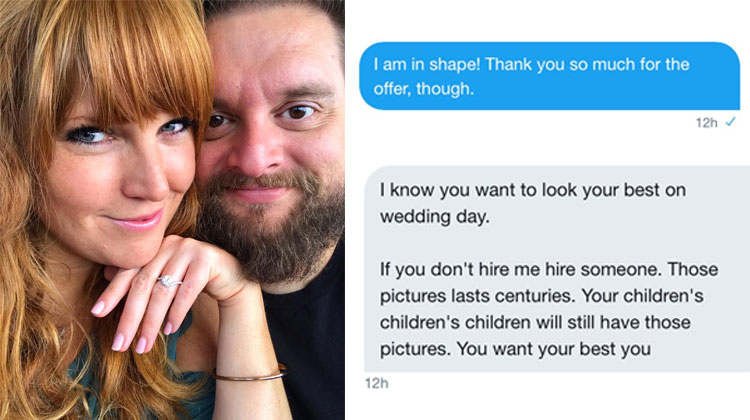 Trainer Body-Shames Bride-To-Be, But Her Clap Back Has Women...

Cassie Young is the web director and social media director behind The Bert Show, a morning show. She is confident, beautiful, successful, and recently engaged! Cassie has been with her now-fiance, Chad, for almost 10 years, so she was obviously elated when he popped the question!

But she wasn’t on cloud 9 for long. 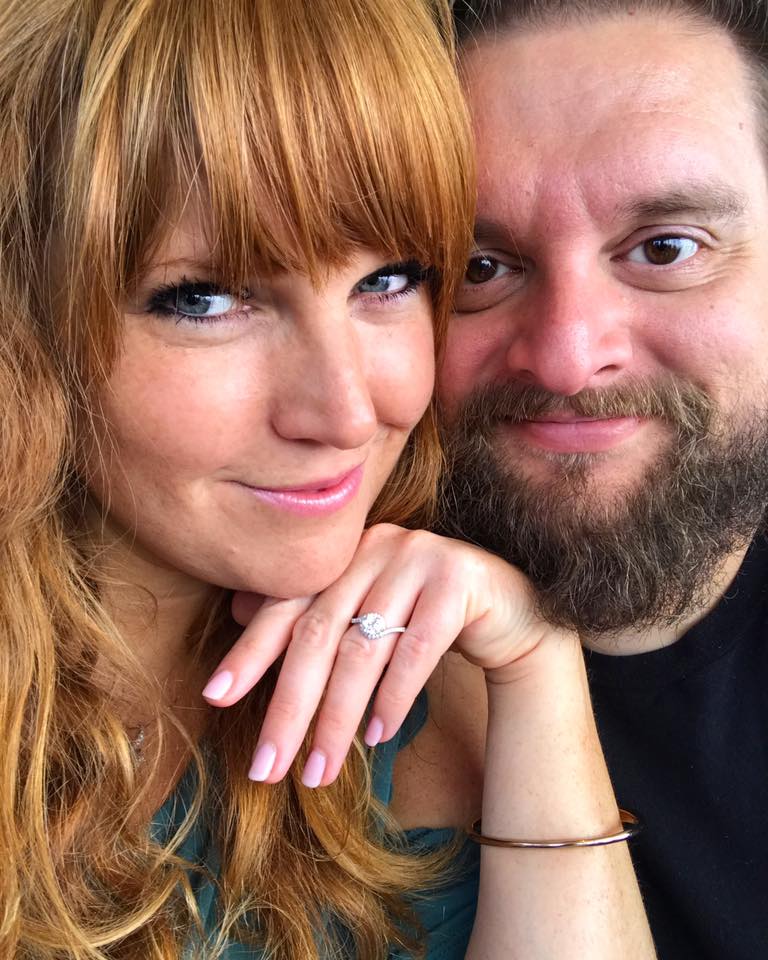 Soon after the proposal, a personal trainer reached out to Cassie in a private message on Twitter, offering his services. Of course, Cassie understood that’s how business works and didn’t mind, but after she politely declined, she was shocked by the conversation that followed. 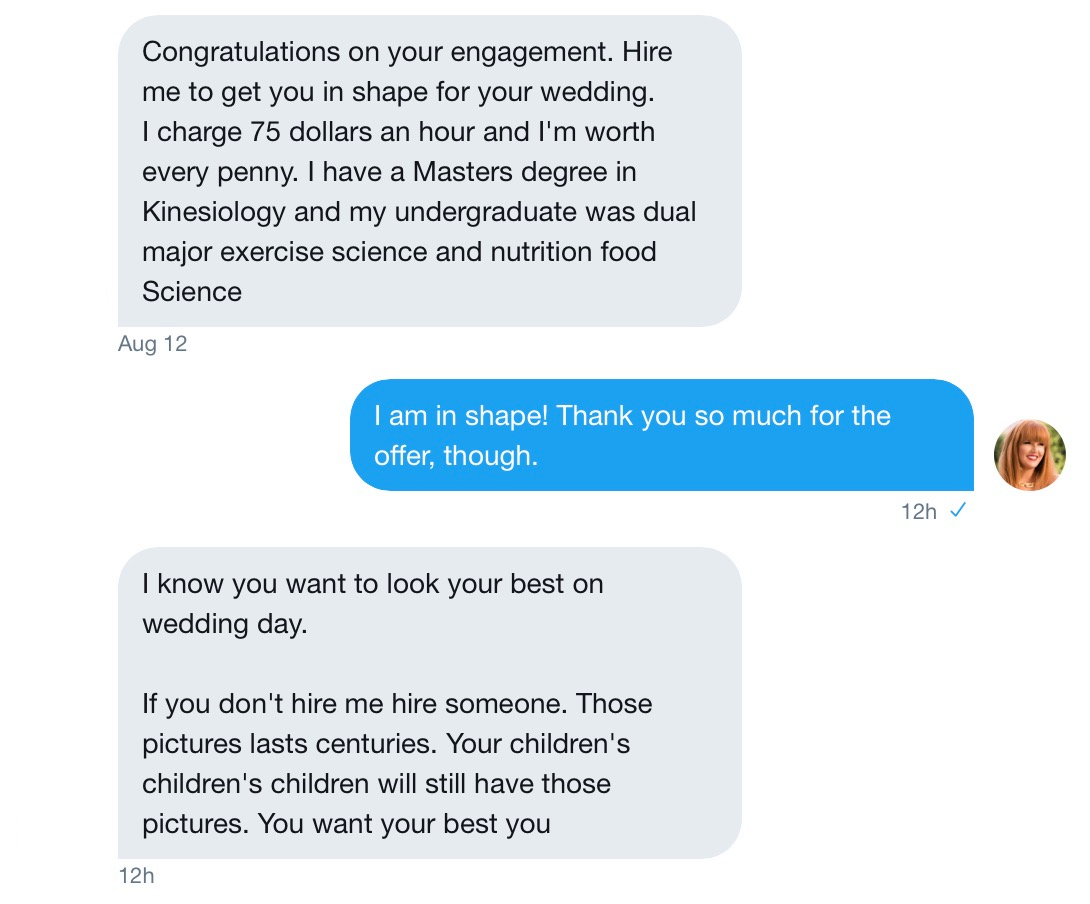 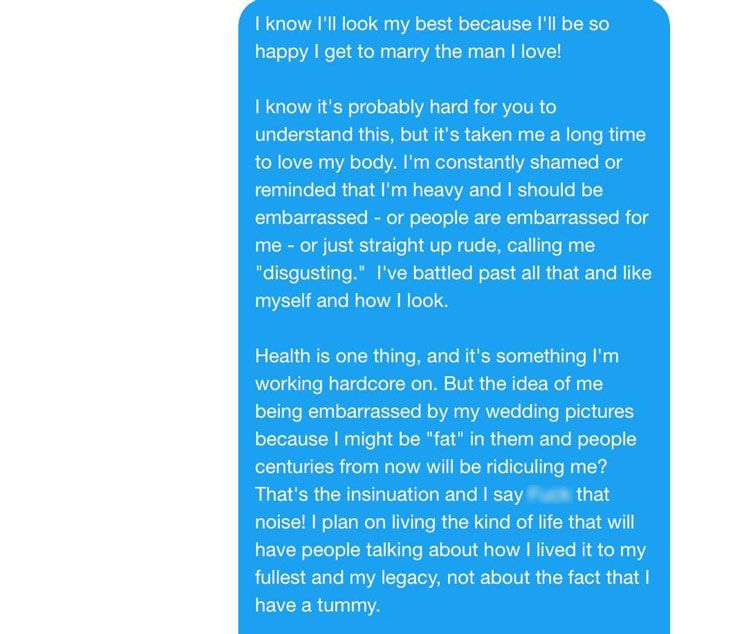 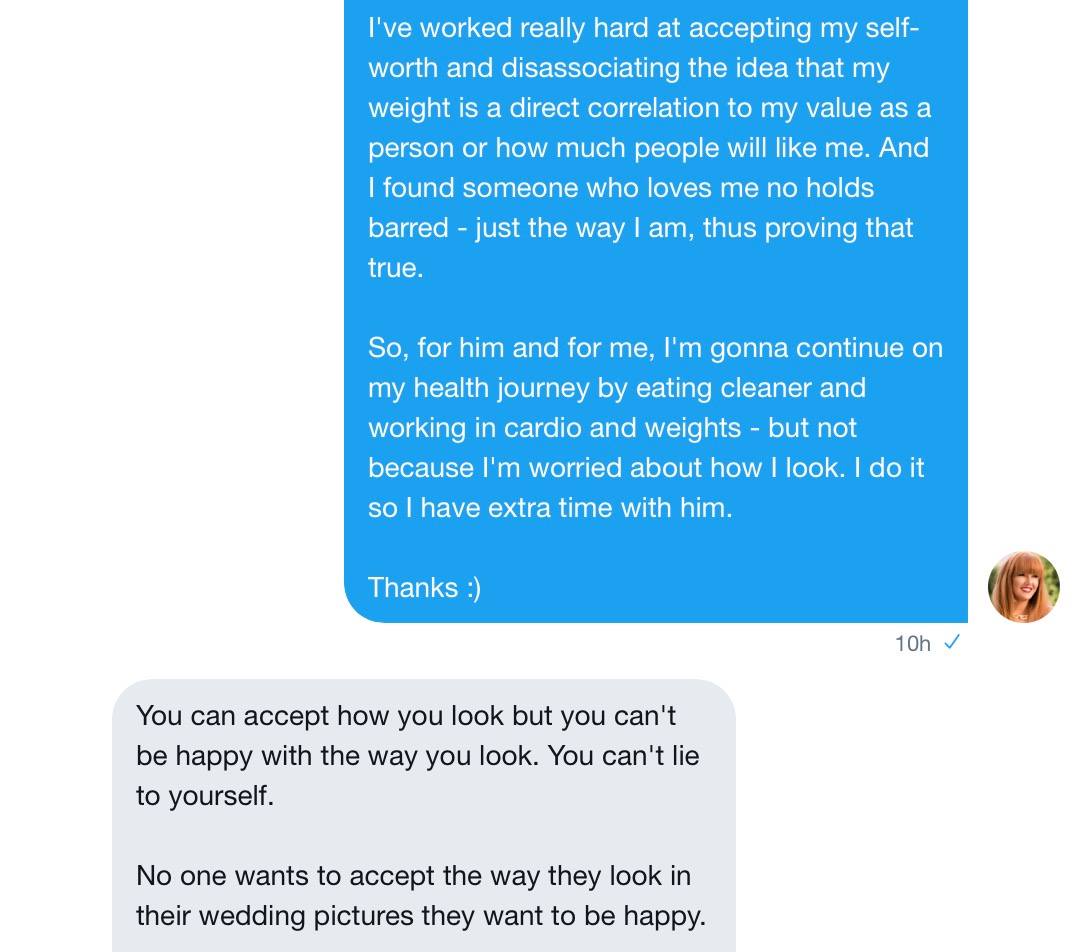 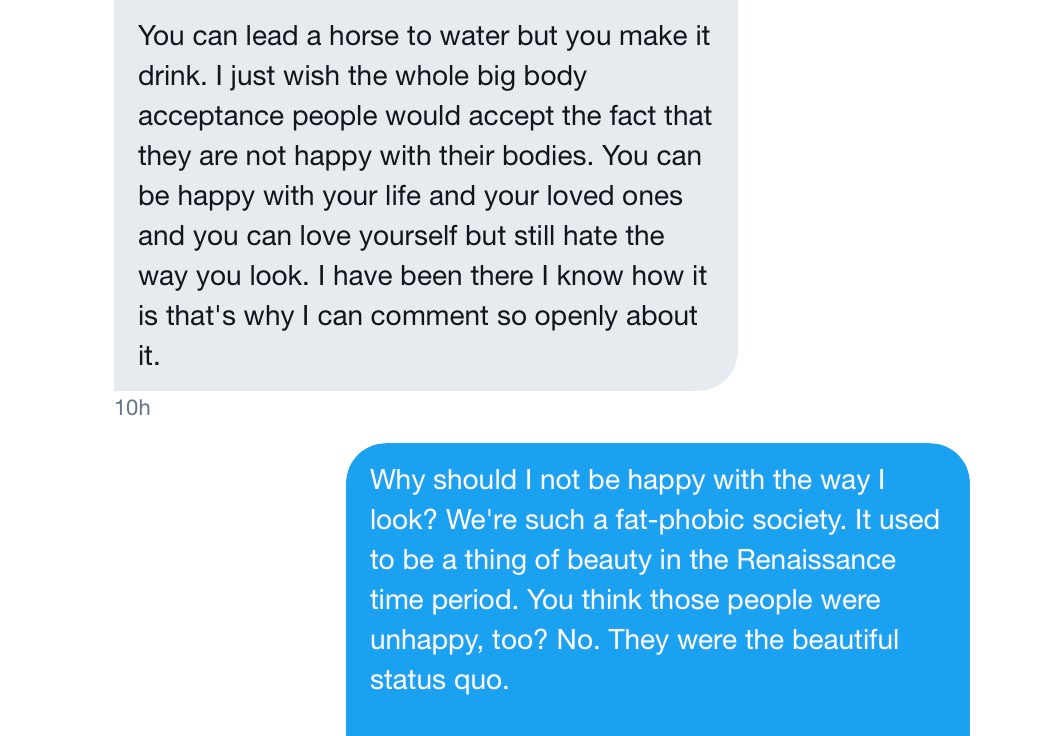 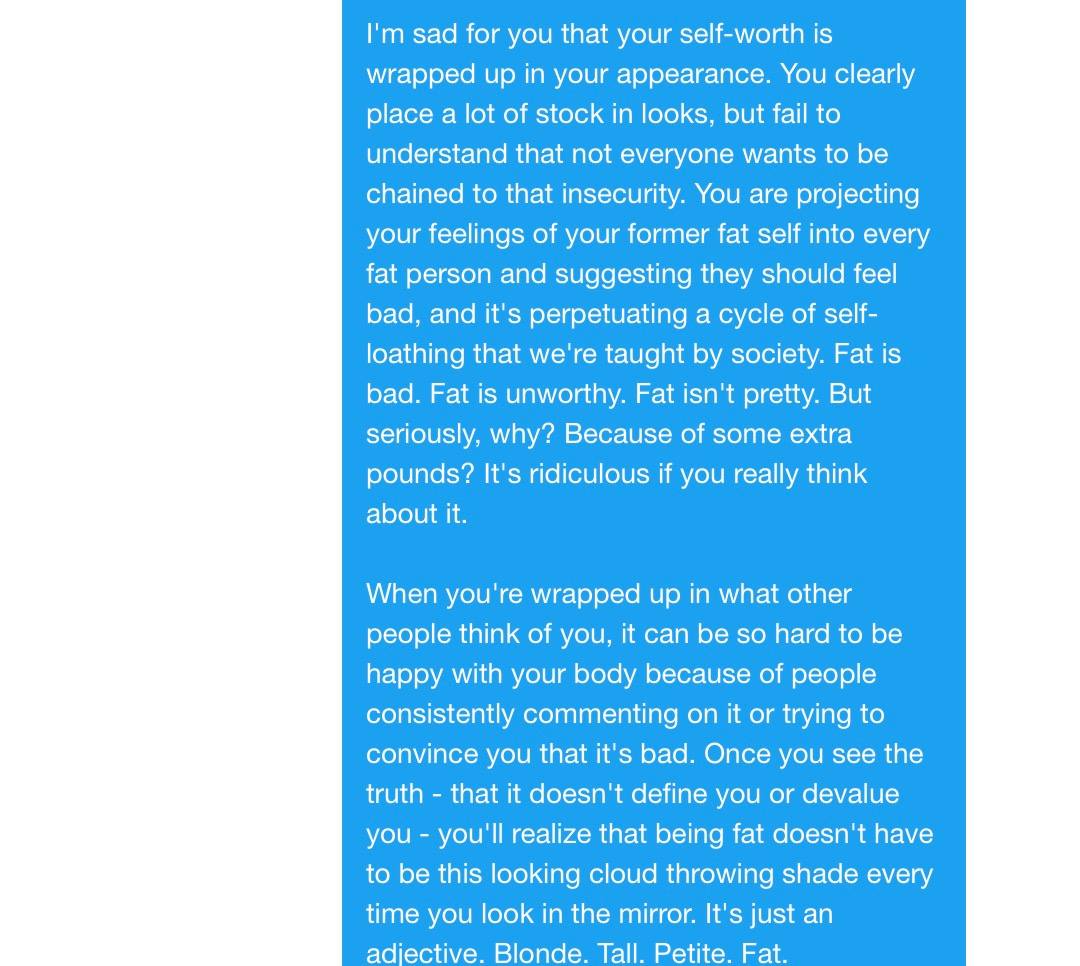 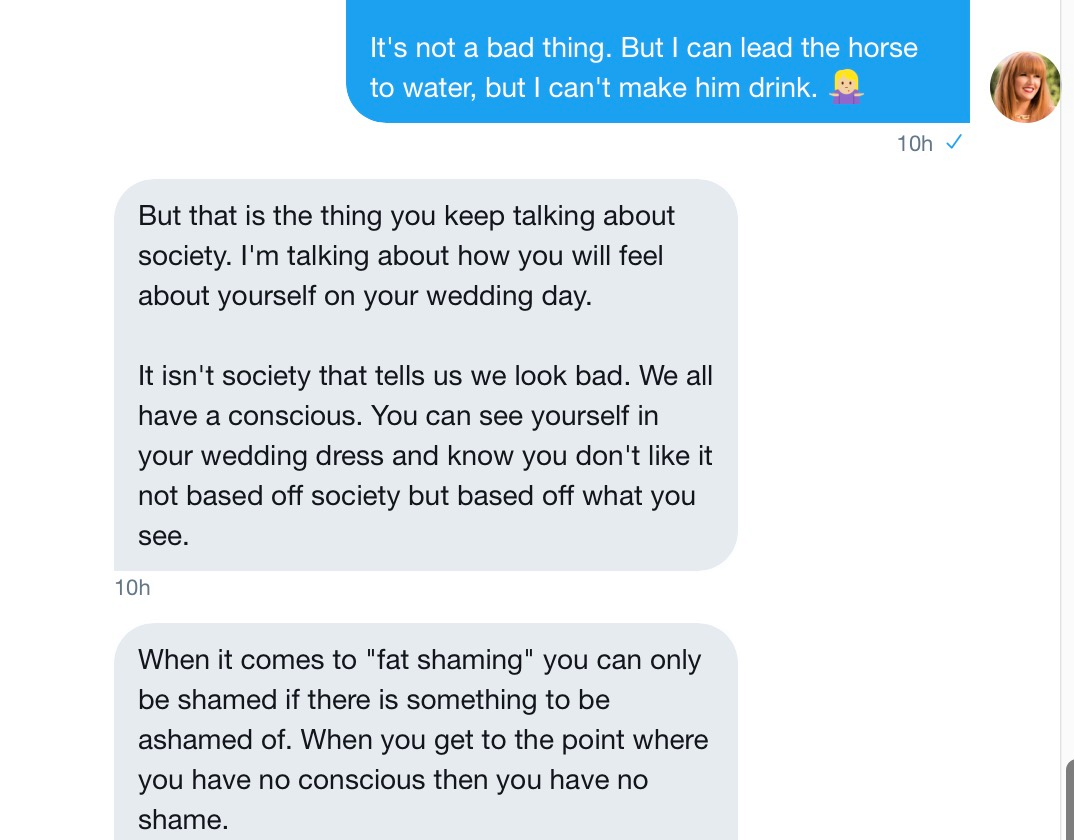 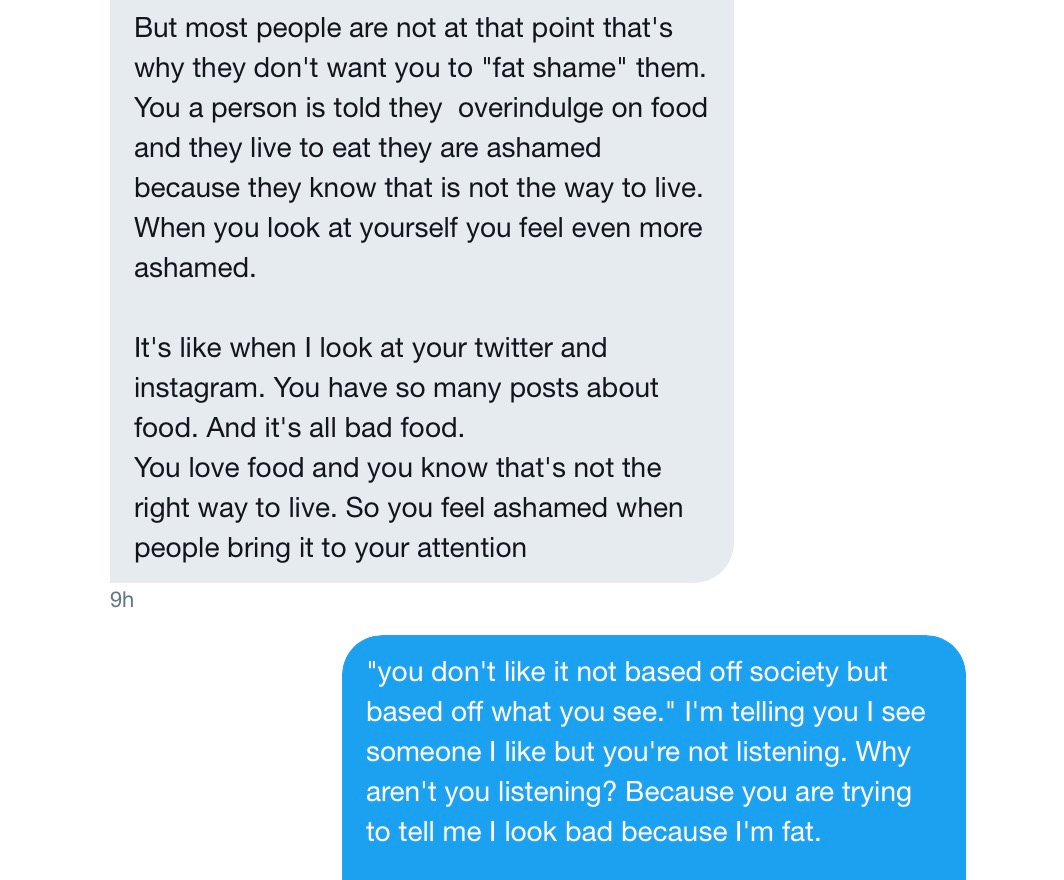 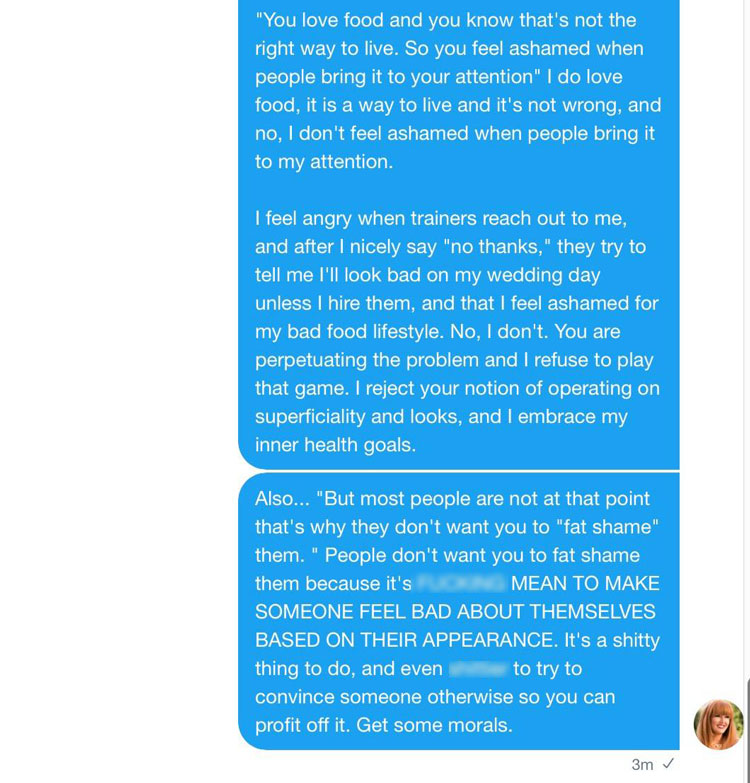 Haters to the left. 👈👈👈 pic.twitter.com/7CznOJfIim

Cassie posted conversation on Facebook, saying “I’m posting this because I want every woman and man to know that it does not MATTER what you look like.” 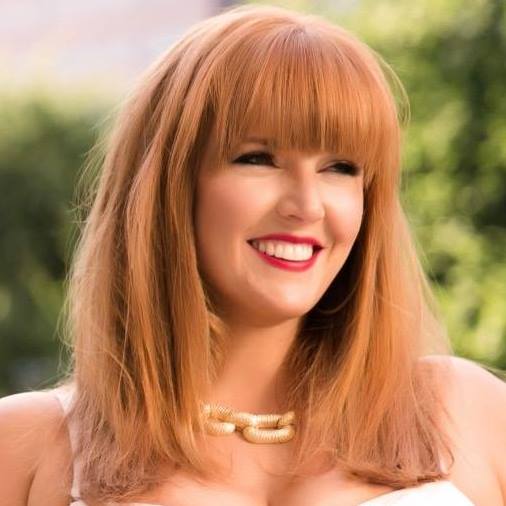 You are worthy. Love is out there for you. Life is waiting with open arms. It doesn’t matter if you’re skinny or fat or between the two or willowy or broad shouldered or pear shaped or like a board or anything in between. You get good stuff in life by being YOU. That’s what matters.

If you think of life as a “game” with being skinny as how you “win,” this guy is offering to play by the rules and get you there. I’m telling you the game is BOGUS. You don’t need the game. I reject the game. I REFUSE TO PLAY. It’s a fake construct that you can step outside of.

Your inner-value and self-worth comes from YOU, not what you look like.

Life is waiting for you. It’s too short to be spent worrying about a belly roll. Go be happy and live it to your fullest.

This is one woman who has no time for haters. Go enjoy your engagement, Cassie!