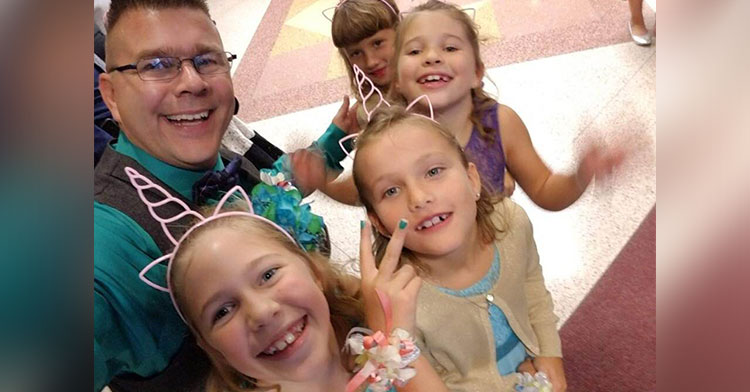 After Their Dad Died Suddenly, Kind Teacher Steps In To Take...

For the past four years, Luke Reece of Lapeer, Michigan, escorted his two young daughters to their school’s annual father-daughter dance. This year, another man stepped into Luke’s shoes.

In September, Luke suddenly felt short of breath and weak. He was taken to the hospital where he was admitted; doctors discovered a Protein C deficiency that caused multiple blood clots in his body, including his lungs and legs. Not long after, Luke suffered a cardiac arrest and never regained consciousness. His devastated family was forced to remove him from life support and he passed away at the young age of 32. 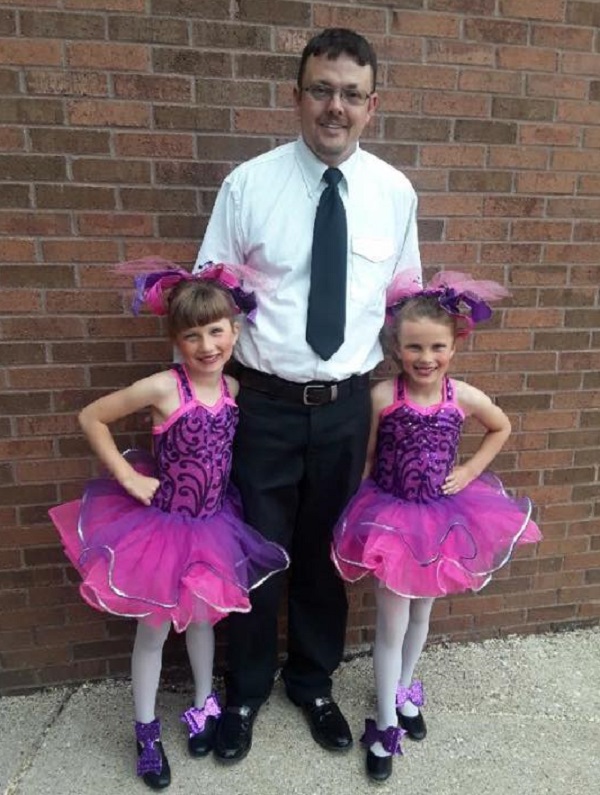 Luke’s wife, Shelley Reece, was left in a state of shock. “I can’t believe it. This is not supposed to have happened,” she said. Family and friends remember Luke for his love of sports, gardening, working in his yard, and most of all, his love for his two daughters Aliva and Avery.

The “proud gymnastics dad” was always there for his kids, and the annual father-daughter dance was something they all looked forward to each year. 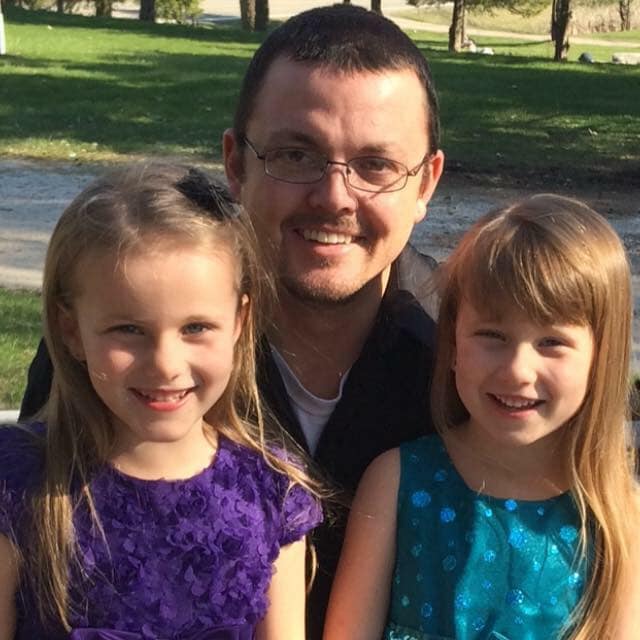 Just one month after Luke passed away, the girls’ former teacher, Steve Culbert, stood in for Luke in a very meaningful way.

Steve had visited Luke in the hospital before he died, and while he didn’t have any designs to step in as a father figure, he also wanted to be sure they knew he was there for them if they need him. It was by Luke’s bedside that Steve and Shelley came up with the idea for Steve to take the girls to the dance. 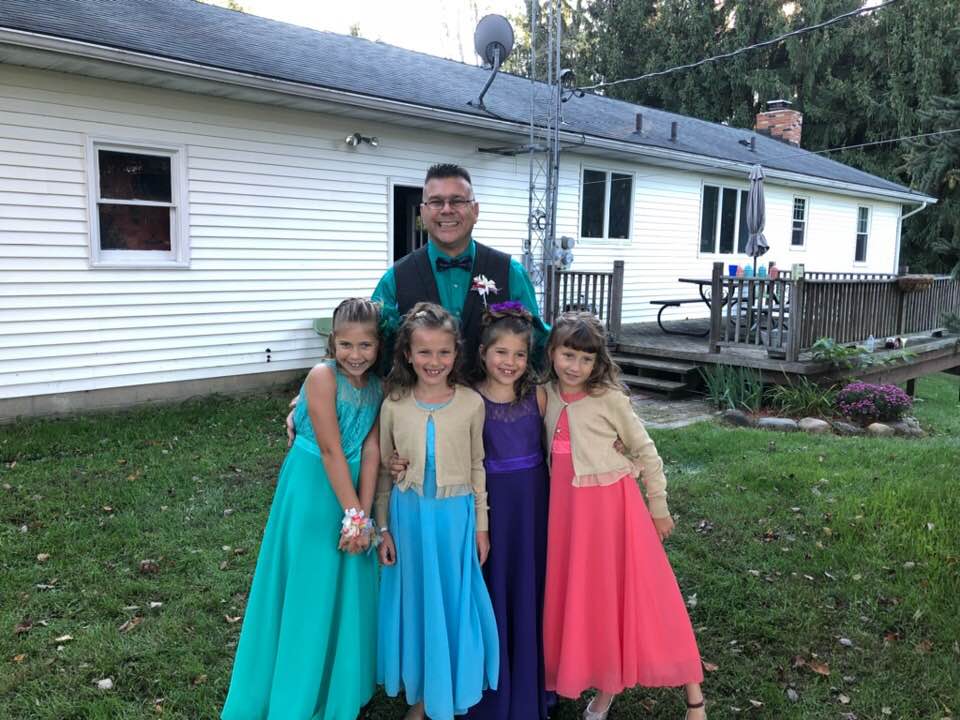 “I’m a teacher because I knew where I need to be and knew what I wanted to do finally,” Steve said. “I love my students and from day one, I tell my students they are family … You can’t just say it, you have to live it.”

On October 13, Steve brought his own two daughters, Hailey and Aliyah, over to the Reece home to pick them up for a day on the town. Steve brought all four excited little girls to breakfast at Tim Horton’s, followed by a quick trip to the playground to let off some steam. Then they went to the salon to have their hair done for the big night. 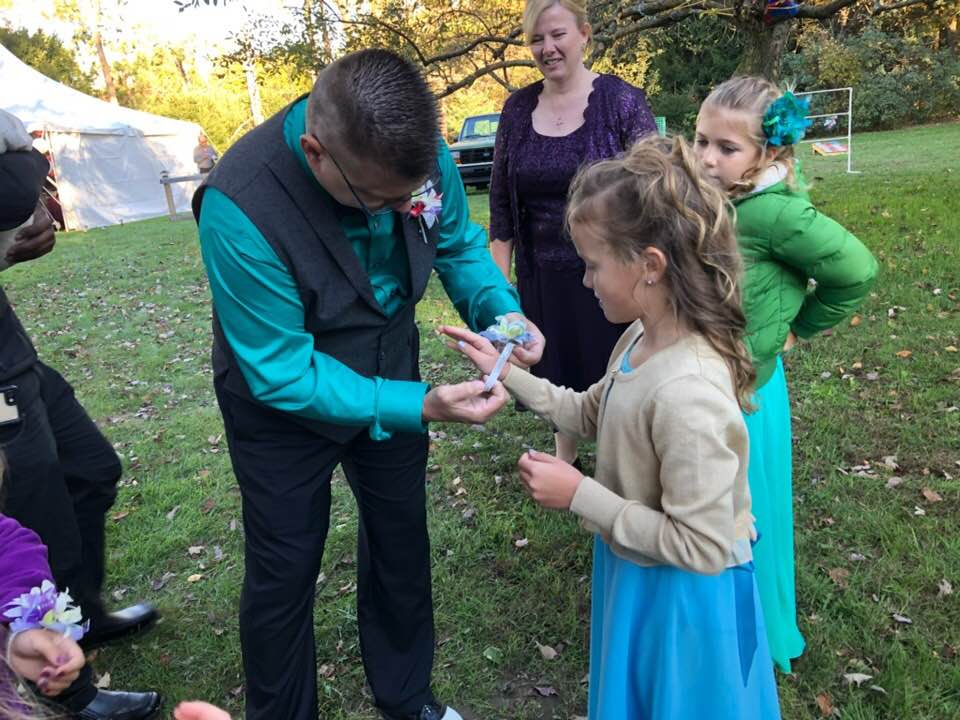 Later that night, Steve surprised them all when a limousine showed up to collect them. In an especially thoughtful gesture, Steve gave Avery and Alivia a red balloon inscribed with the words #BeLikeLuke. The girls released the balloons as a tribute to their dad’s memory. 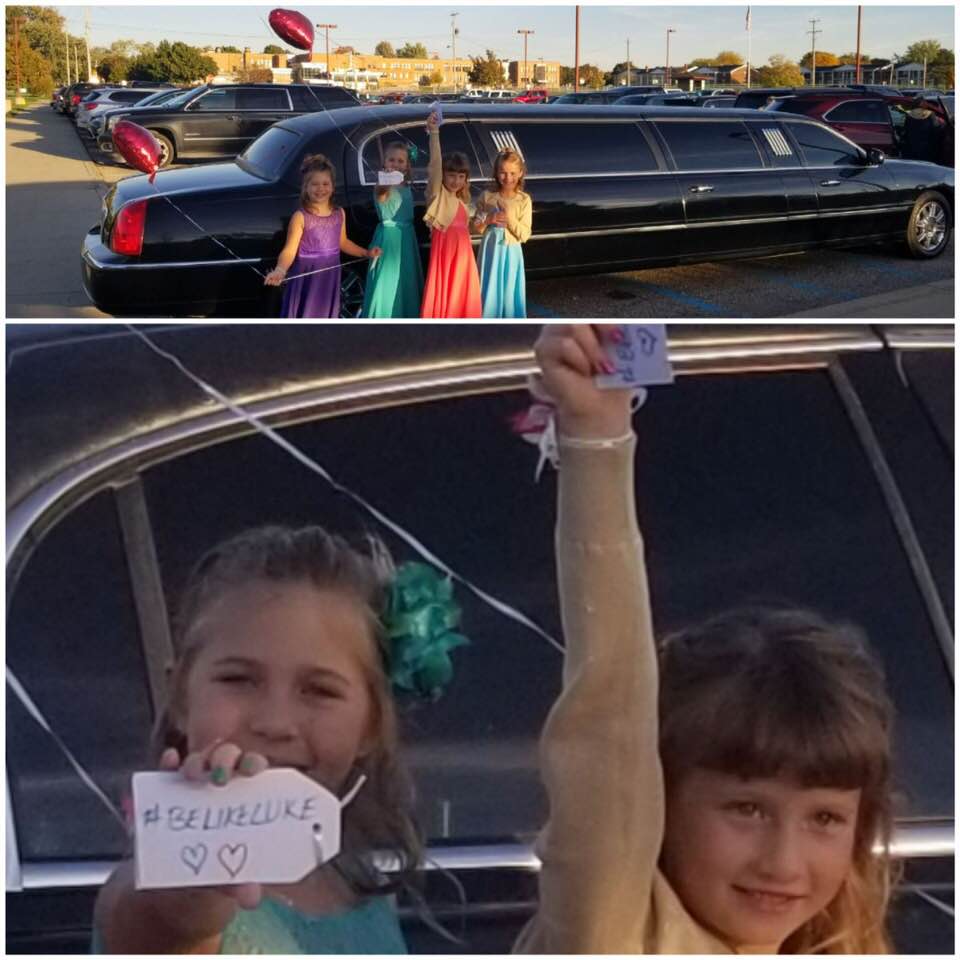 “When we were on our way, I said, ‘I don’t expect you to treat me like your dad. I know he’s here with us,’” Steve said.

The girls had a blast dancing with Steve at the dance, and on the way home, he took them all to McDonald’s for ice cream. Steve said that watching his own daughters’ joy at helping their friends through a difficult time was just as satisfying as helping them himself. 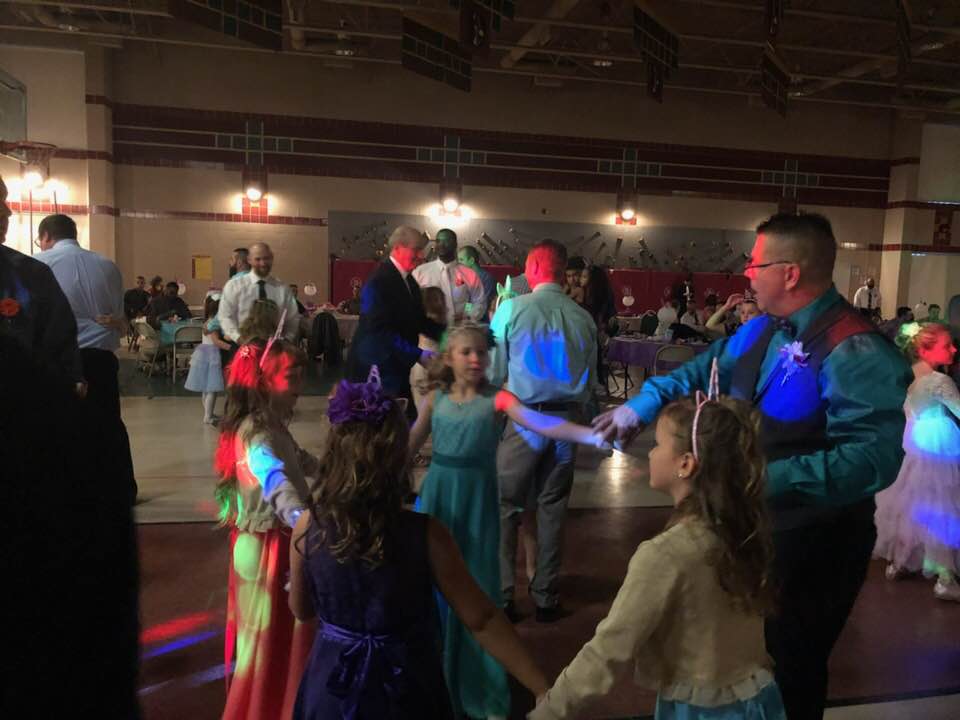 “I couldn’t be happier with how it turned out,” he said.  The girls’ mom agreed, saying, “It’s just so good that someone outside of the home is looking out from them. I just want to thank Mr. Culbert and everybody for making sure the girls had a night to remember.” 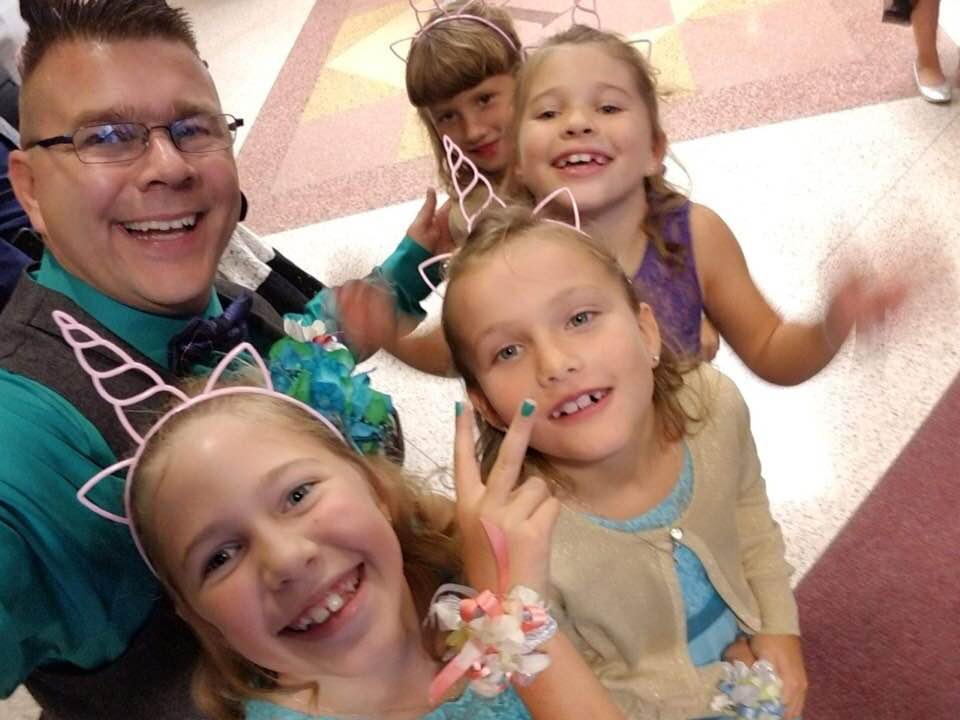 Steve is such a great example of the kind of teacher who goes beyond the classroom to influence his students’ lives. All of the kids he reaches are truly fortunate to have him as an educator.

Please share this story to say thank you to Steve for bringing some much-needed love and light into these grieving kids’ lives.