Elizabeth Rex Hundley and her betrothed, Tom Gardner, were married on a November day in North Carolina. Elizabeth, 30, decided to have a little fun at her fiance’s expense on their wedding day… Though it’s not the first themed wedding we’ve seen, the result was too good not to share with you.

The beautiful bride showed up to their ‘first look’ before the ceremony sporting an inflatable T. rex costume and stood behind Gardner as he faced the other way. When Gardner turned around, his reaction went viral for all the right reasons. Visibly shocked and immediately tickled, Gardner ran over to his carnivore clad bride-to-be. He then hugged her as big as her little T.rex arms would allow, proclaiming his love through laughter. 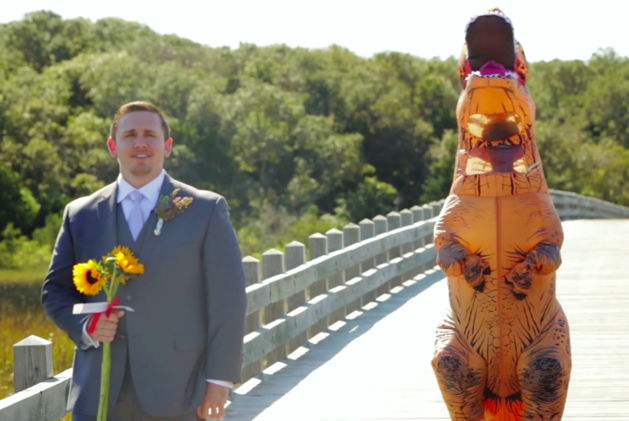 “My mother’s maiden name, and my middle name, is Rex,” Elizabeth told The Huffington Post. “So, I thought it would be funny to wear the costume on the day I would go from a Rex/Hundley to a Gardner. 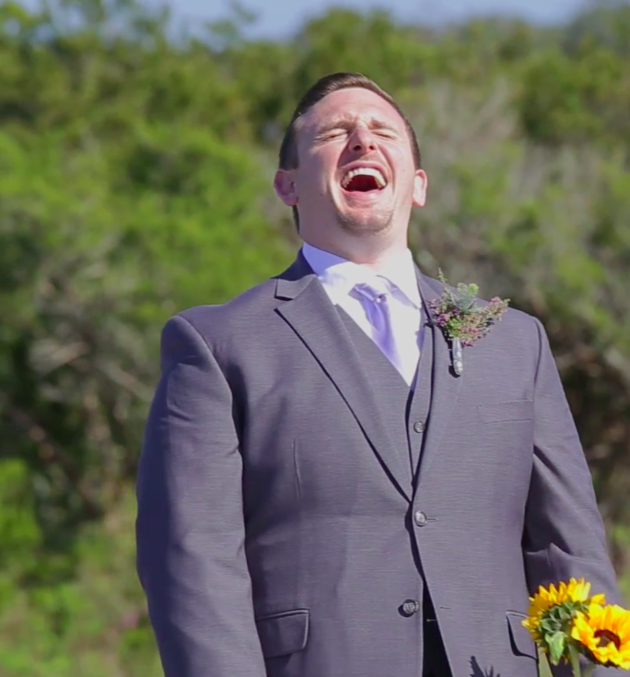 Elizabeth was a little worried about Gardner’s reaction to her prank, “But he has always encouraged me to be myself, so I took a shot in the dark.” 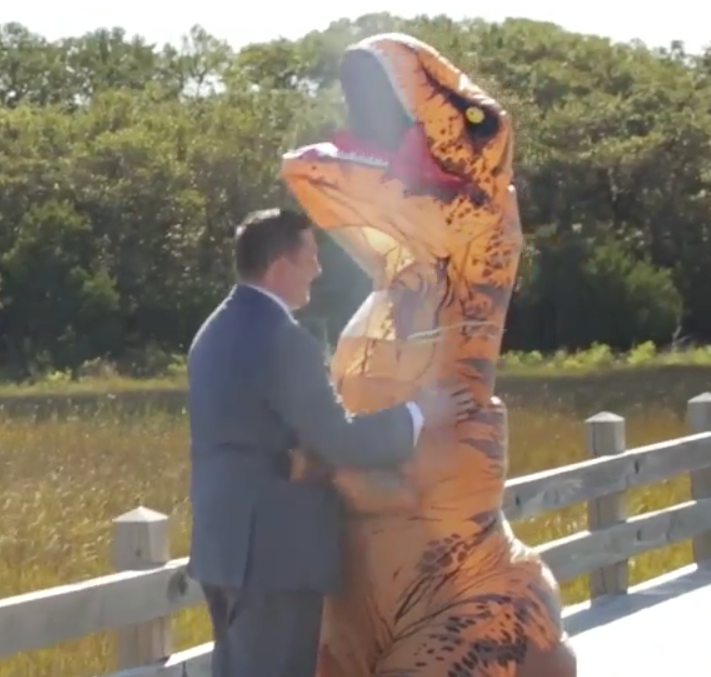 “I was floored, completely and utterly surprised at what she did,” Gardner told HuffPost. “I was totally disarmed and could not stop from bursting with laughter. It was just so her.”

People like Elizabeth are one of a kind. As married women tend to do, she plans on saving her wedding dress and complementary T.rex costume for her own daughter’s wedding day. Though she won’t be upset if her daughter declines to carry on the first look tradition.

As one commenter on YouTube said, “you hold on to that woman as hard as you can. A woman with that kind of humor is gold.”

We couldn’t agree more, after all, it’s the little things that make a marriage last.

We wish this wonderful couple all the best, but it seems like they have things well under control.

Check out the hilarious moment in the video below!