We’ve all heard the saying, “Teamwork makes the dream work.”

But the kids on the Vancouver Minor Hockey Association’s Peewee A2 team lived it — without even setting foot on the ice. It all started about a year ago when their head coach, Stephen Gillis, found out he had a rare form of kidney disease in addition to Crohn’s disease. 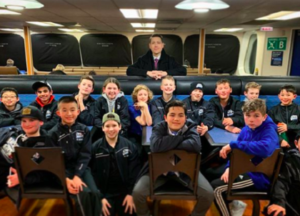 Despite Stephen’s health struggles, he always showed up for the kids’ practices and games. But after he started dialysis and had surgery to remove a large portion of his colon, he ended up in the hospital waiting for a kidney donation.

That’s when his tenacious team decided to get involved! The tiny hockey stars created a video and handed out cards asking strangers everywhere to get tested to see if they were a match for the incredible coach. 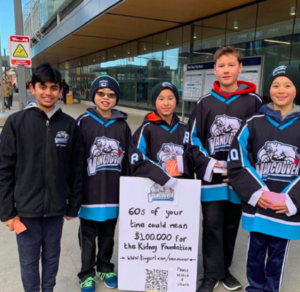 “Stephen is really sick but he doesn’t let it show,” one player said. “He always comes to practices and games even when he isn’t feeling well.”

Another added, “We know that this is a lot to ask, but we know that there might be people out there who are willing to help.” 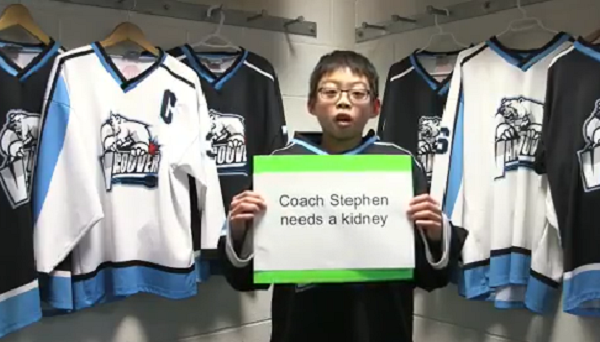 Their post went viral, and the media began covering the heartfelt campaign to help bring Stephen back from the brink of death.

“I am completely overwhelmed by the support and love I have received from my team, friends, family, and now thousands of strangers,” Stephen said. “It’s amazing. I’ve been crying for days.” 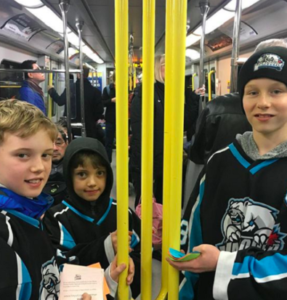 As it happened, it wasn’t a stranger who responded to the kids’ post — it was an old friend.

Michael Teigen met Stephen years ago when they both worked for the Vancouver TheatreSports League. While they hadn’t seen each other in about 10 years, when Michael found out what was going on, he went straight to his doctor to get tested.

Two months later, he surprised Stephen in the hospital with the news that he was a perfect match! 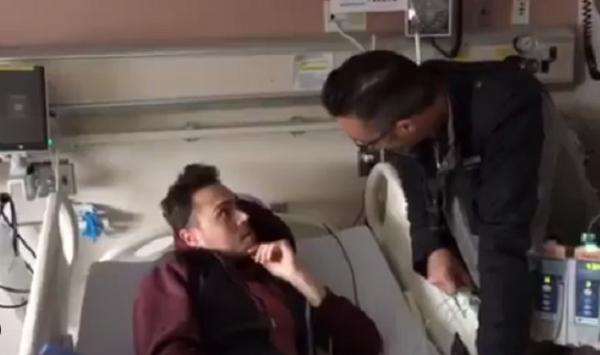 After several seconds of disbelief, Stephen broke down in tears of joy and relief. “Why? You’re insane,” he cried. “I will be shining your shoes for the rest of your life or whatever else you want.” 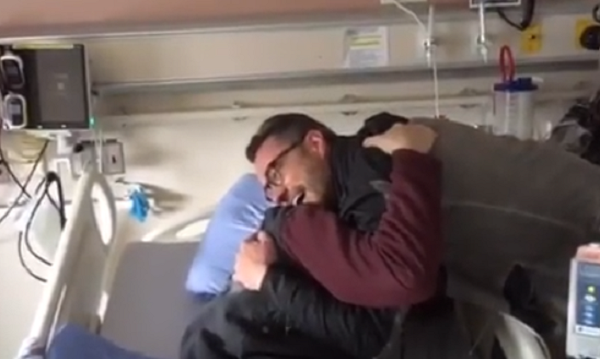 Their transplant surgery is set for February 18, 2020. In the meantime, they’re raising awareness for how many lives can be saved through organ donation.

“All this attention has been a gift, and I only want to use it to help others,” Stephen said. “There are lots of people like me, good people that need organs that need their lives saved.” 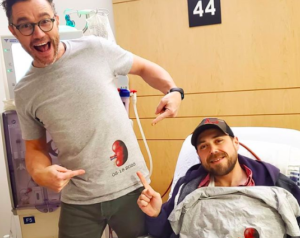 This is proof that it doesn’t matter how old we are. When we band together for a common cause we can literally save lives!

Watch the video that started it all below, and share this story to encourage more people to consider live organ donation.

When Mom Gives Birth Unexpectedly At 30,000 Ft, Doctor And NICU Nurses Get To Work.