When you trust someone with all your heart, it really shows.

In a video that’s going seriously viral online, a man from Melbourne, Australia, showed us what it looks like when you literally trust someone with your life. 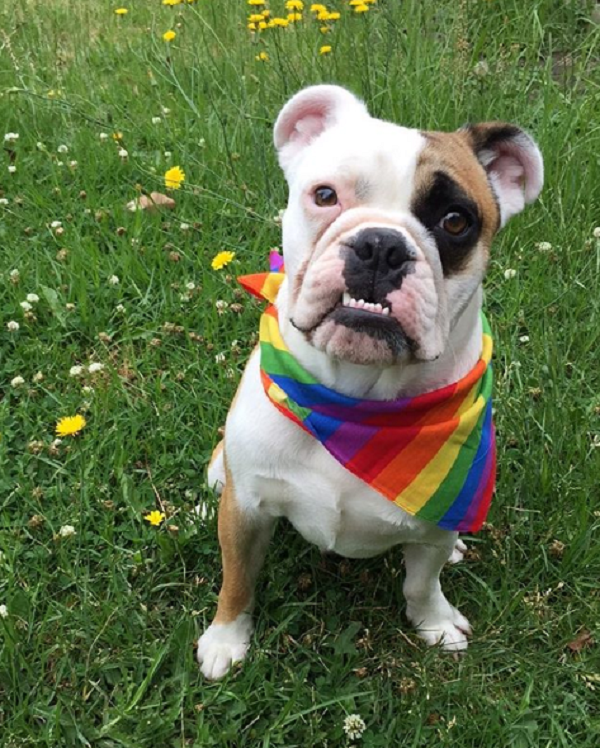 In addition to being just plain adorable, Reginald is quite the athlete. His dedicated Instagram page is filled with pictures of Reginald at the gym. When he’s not adding some extra pounds to friends’ weightlifting routines or dressing up in one of his adorable costumes, Reginald loves to goof around with his owner/dad. 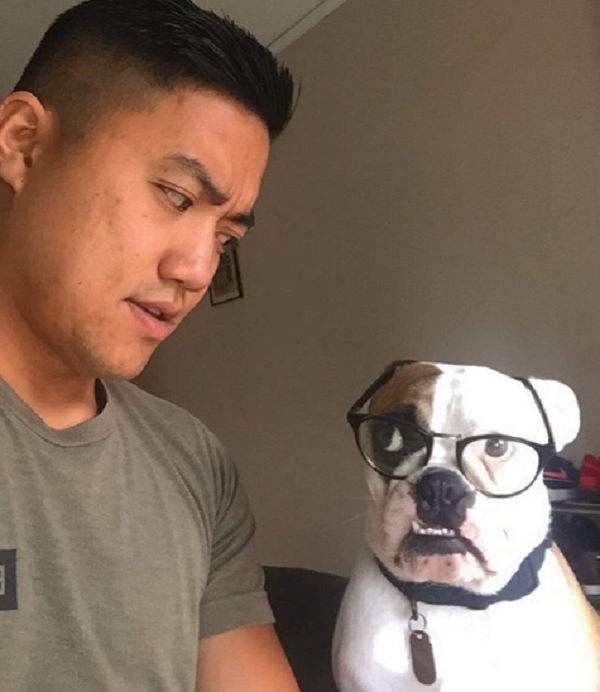 One of Reginald’s best tricks is jumping off of things into the waiting arms of his father. He has mastered the art of jumping through a loop dad makes with his arms, and he can really get some air!

Now, after one of Reginald’s videos was shared on social media, he’s on his way to becoming a veritable superstar. 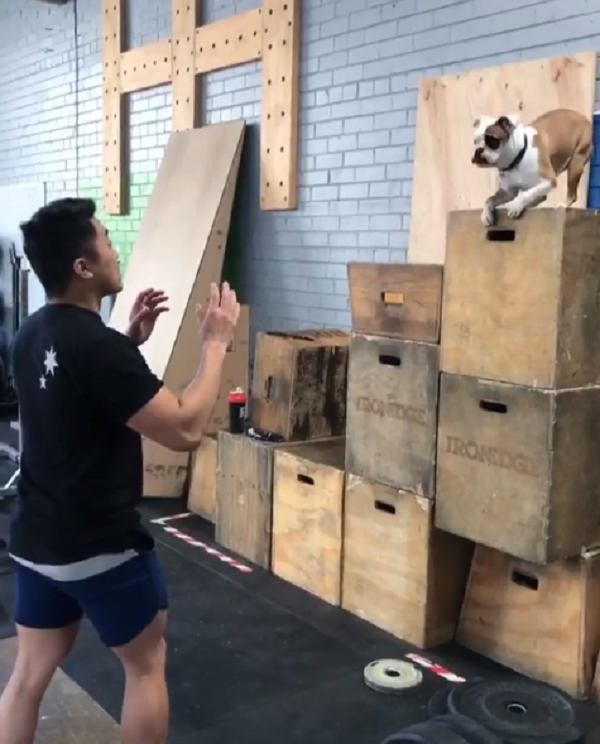 In the short video clip, we see Reginald up on some tall boxes, looking anxiously at Dad. His owner is holding out his arms and encouraging the little dog to make the leap, and you can see that the dog really wants to do it, but he’s just a little bit nervous. He is very high up, after all.

His little bum starts to wiggle and he’s keeping his eyes on his owner the whole time, when suddenly… 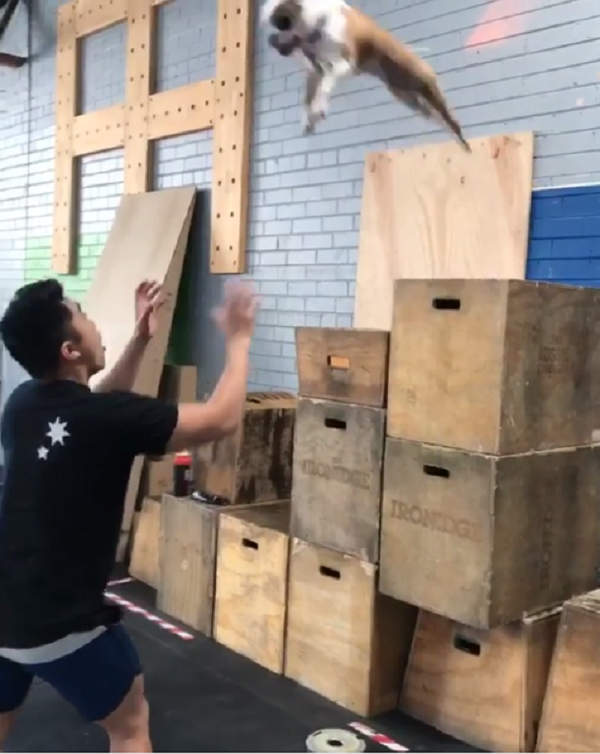 Reginald makes the leap, soaring through the air in a magnificent arch that would make a professional diver proud. But the best part about this clip isn’t even the fact that this dog clearly loves and trusts his human so much; it’s what happens after he lands safely in the man’s arms. 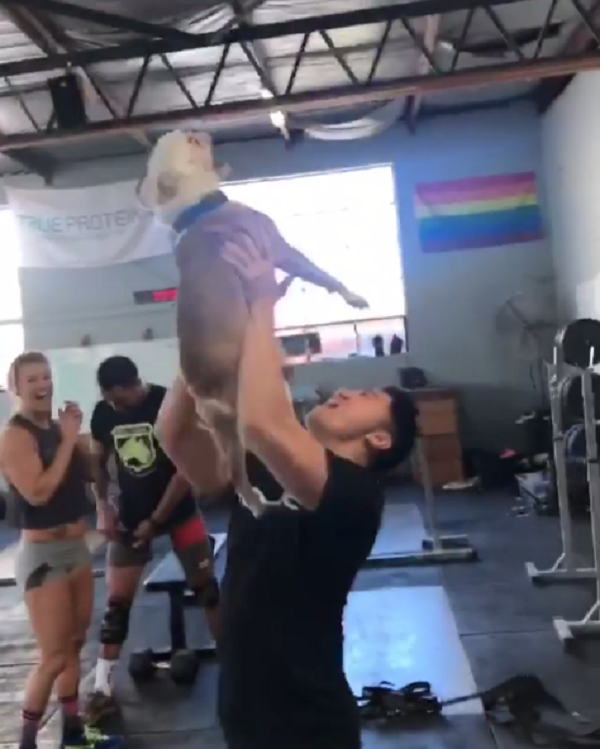 Reginald is SO excited and proud of himself! He can’t stop wiggling, and his little face splits open in the biggest doggy grin we’ve ever seen. This is one clip that’s giving us, and the entire internet really, some “dog goals.”

Check out Reginald in action below, and be sure to share to make someone smile today!