The people of Pittsburgh, Pennsylvania are still mourning the loss of local legend and host of “Mr. Rogers’ Neighborhood,” Fred Rogers, who inspired countless individuals to love themselves and those around them.

Thankfully, someone else lives in the city who has just as big of a heart as the beloved TV personality — and the same dedication to helping his neighbors. 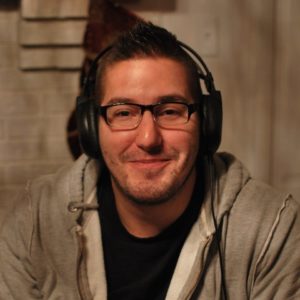 Jon Potter wasn’t always the kind of person we would compare to Mr. Rogers. In fact, the catalyst for the 29-year-old’s chain of good deeds is now his biggest regret.

Years ago, a woman knocked on his car window at a gas station, asking for a ride to a battered women’s shelter. Jon declined and drove away, only to quickly change his mind. But by the time he returned to the scene, she was gone. “I told myself I never want to feel that again,” Jon said. “I never want to give only when it’s convenient.”

And so began Jon’s mission to give as much as he can to as many people as possible. In 2015 he responded to a post on r/Pittsburgh, his city’s Reddit page. Someone needed help installing their rooftop antenna, and Jon thought he might be right for the job.

With the help of some YouTube tutorials, he had the stranger’s antenna installed a few days later — free of charge. And his acts of kindness didn’t stop there.

Now, four years later, Jon has responded to more than 1,000 people’s requests through Reddit and his website, Pittsburgh Good Deeds. No favor is too small — or big. He’s hosted Thanksgiving dinners, bought gas, fixed tires, and even loaned $2,000 to a man so overwhelmed by his bills that he was considering suicide.

Jon’s commitment to helping others became so powerful that he even quit his job as a paragliding instructor to work as a self-taught handyman. He does charge those who can afford his services; those who can’t, he serves for free. 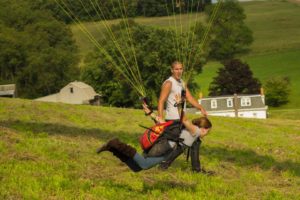 Jon’s wife Rachel has supported him through everything he does, including donating a kidney to a stranger.

In January, Jon saw a Reddit post with a photo of a father and his daughter holding a sign with an important request: Michael Moore of Upper St. Clair, Pennsylvania had kidney failure and desperately needed a transplant. 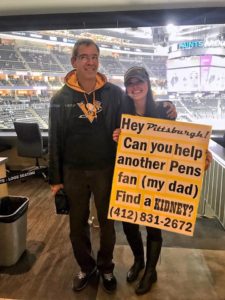 Jon jumped in, commenting online that he was considering being their donor. He talked it over with his wife and decided to give the 57-year-old stranger the ultimate gift. And they turned out to be a near-perfect match. The surgery went well, and Jon woke up in the hospital in August to see Michael’s smiling face. 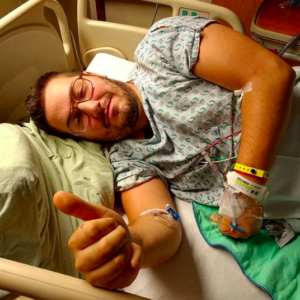 While Jon is taking a well-deserved break from his good deeds to recover, he’s nowhere near done. He lives with severe social anxiety and was recently diagnosed with autism, so this journey hasn’t been easy, but it’s not as challenging as it once was.

“Each time someone needed help on here, no matter what it was, it got easier and easier to say yes,” Jon wrote in a Reddit post reflecting on his four years of service. “The wildest thing happened too: I realized I actually enjoyed helping people more than anything else.”

It’s no wonder people are comparing Jon to Mr. Rogers. While no one can save the world, Jon is doing the best he can. And what a beautiful difference he has made in so few years!

Share this story to spread Jon’s mission and inspire more acts of kindness.