Michael Platt’s passion for baking is only matched by his desire to help other people. Ever since the 13-year-old was a little boy, issues surrounding social justice have affected him greatly, particularly income inequality and childhood hunger.

“I’ve actually been passionate about inequality since first grade,” the teen from Bowie, Maryland, said. “I tried to do something about it…I decided to take on food inequality. As I see it, food is a right, not a privilege.” 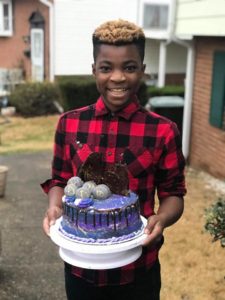 The boy who looked up to Rev. Martin Luther King Jr. growing up knew he could make a difference, especially after a devastating diagnosis forced him to withdraw from public school in the sixth grade. Michael has epilepsy, and when his seizures became too severe and frequent, he had no other choice but to leave the classroom. 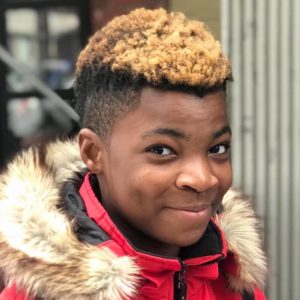 Michael and his family sacrificed a lot because of his health. His mom, Danita, quit her job to homeschool her son and take of him full-time. Gone were the days Michael could participate in the physical activities he loved, including gymnastics, diving, and climbing trees. But he didn’t fall into despair — he just got more creative. 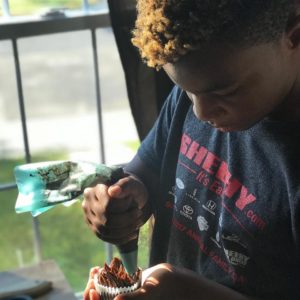 Michael began focusing all his energy into creating sweet treats, especially cupcakes — his favorite. As he got better and better, he realized he could use his talent to help — and feed — the less fortunate. So, at the tender age of 11 years old, he opened a bakery called Michaels Desserts. Michael purposefully left out the apostrophe to emphasize that he’s baking for others rather than for himself. 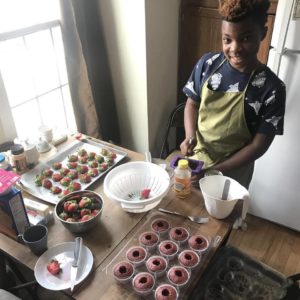 Much like Toms Shoes, the business runs on a one-for-one model, meaning for every dessert Michael sells, he gives another away to homeless or otherwise underprivileged people. Through his work, Michael also helps raise money for non-profits like No Kid Hungry. 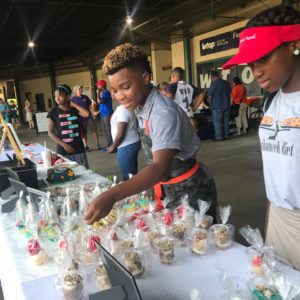 Most of the orders placed through the business’s website or Facebook page come from locals, but he has also made out-of-state shipments. And one or twice a month, Michael travels to Washington, DC, armed with dozens of pastries to hand out to families in homeless and domestic violence shelters as well as transitional housing.

“I always wanted to have a purpose for what I do,” the young philanthropist explained. “It’s all about helping people — not just having a purpose for yourself, but thinking about, ‘How does this touch other things?'” 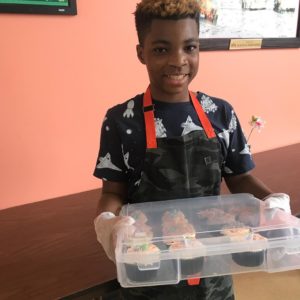 Not only is this kid wise beyond his years, but he’s setting an incredible example and making an impact, just like his hero, King. While Michaels Dessert started out financially supported by his parents, it’s now completely self-funded, meaning Michael’s amazing work can continue for years to come.

Share this story as a reminder that desire and drive are all you need to make to a difference in others’ lives.

We may be at the top of the food chain, but humans and animals share more traits and habits than most of us ever realize. From a dog who secretly...