All mothers have experienced that feeling of not having enough hands to get things done. When a stranger steps up to help out it’s always such a relief, yet sometimes even the smallest act can signify even more than mere kindness.

Natasha Crittenden Wilson was sitting in an Alabama doctor’s waiting room when she witnessed an act of kindness that reinforced her belief that in spite of the racial tensions that continue to plague our world, there are plenty of people out there for whom color truly doesn’t matter. 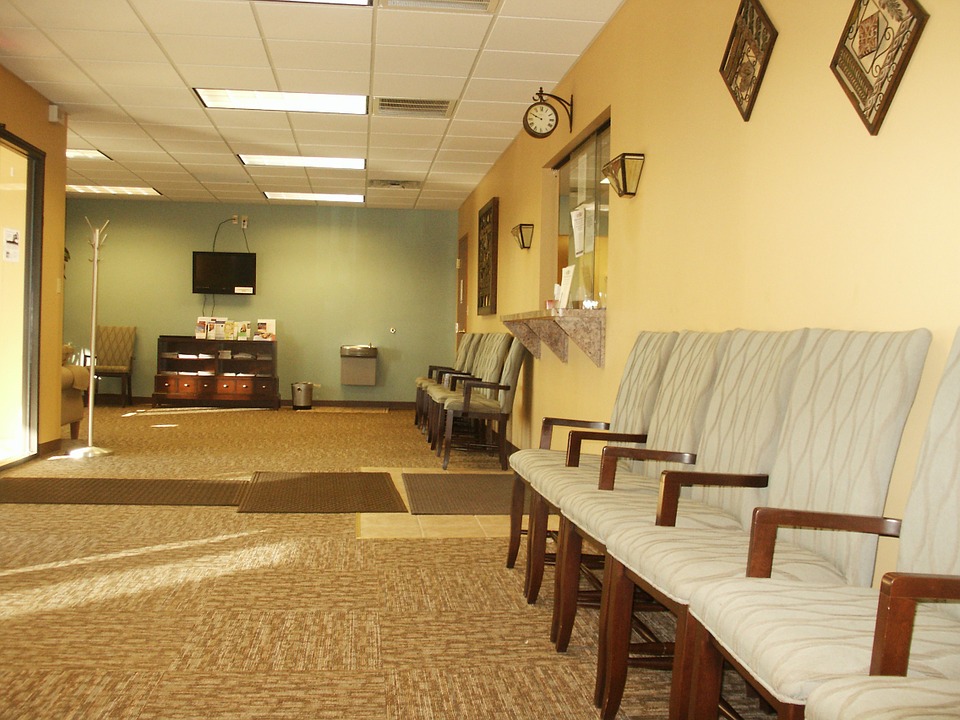 As Natasha awaited her appointment with the physician, a mom entered the room carrying her sleeping infant. She watched as the young mother struggled to hold her baby while gathering the paperwork and taking her seat.

“She goes to sit down, and you could just hear [her] thinking, ‘Now, how am I going to do this?”’ Natasha said. From across the room, an older man whom Natasha hadn’t even noticed spoke up.

“Could I hold that baby for you?” he asked the frazzled mother. Smiling back at him, the mom replied, “Yes, that would be amazing.”

Natasha was touched to see the man, who is white, pick up the African American baby and snuggle him close to his chest. “He just rocked that baby and held on to it,” she described. “He just kind of put his head down and tried to get (the baby) to keep sleeping.” 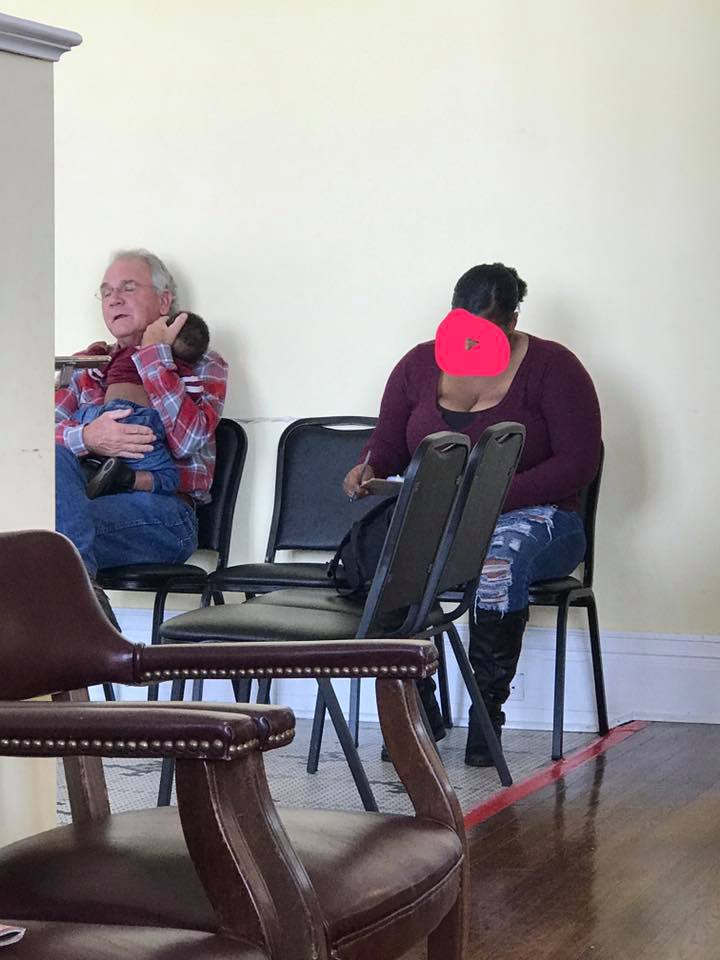 Natasha, the mother of seven biracial children, says the kindness she saw in that waiting room truly restored her faith in humanity. “I see both sides of everything. It’s just not very often that you see compassion for a complete stranger, and especially across races.”

She was so moved by the scene she’d just watched that Natasha went home and shared the photo she’d taken on Facebook, writing:

I was in the waiting room at the doc office today and this lady walked in with her sleeping baby! They handed her paperwork to do & as she was sitting there trying to figure out how to hold her sleeping baby while filling out the paperwork, this man, from across the room, asks her if she would like for him to hold her baby while she did her paperwork!! She smiled and said that would be wonderful!!

This man went over there and rocked and loved on that baby like he was his!! My heart Melted!!! … THIS MAN GAVE ME HOPE & a sweet memory I’ll never forget!! 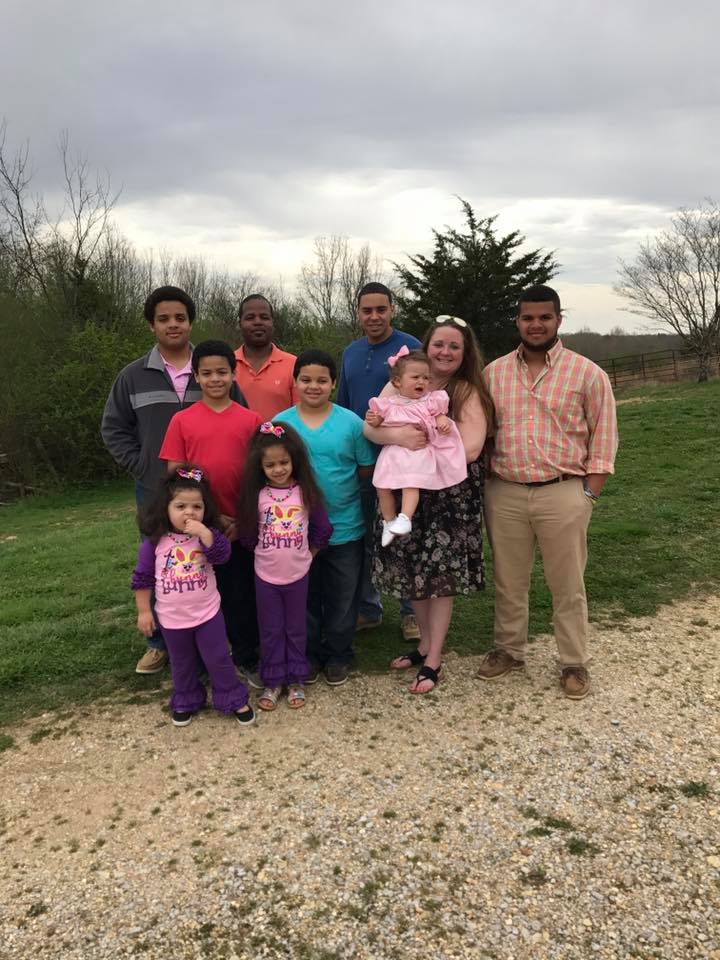 The photo took off online and was soon viewed over a million times. Most people who saw it agreed that it’s the perfect example of what the world needs right now: a healing message of love, acceptance, inclusion, and solidarity. Natasha was shocked that her picture went viral, but said, “It’s very heartwarming to know that people all over the world want the same thing.”

The man in the photo contacted Natasha privately, and naturally, he doesn’t want any recognition for what he did that day. He doesn’t see the act of holding a baby as a big deal; he didn’t think twice about offering to hold the child and would have done it for any struggling mom.

“That’s just who I am,” he told Natasha. “I’ve never thought about race or color. All the children I know call me Papa Joe.” As he spoke to Natasha on the phone, she heard his wife call out in the background, “We call him the ‘Child Magnet!”’ 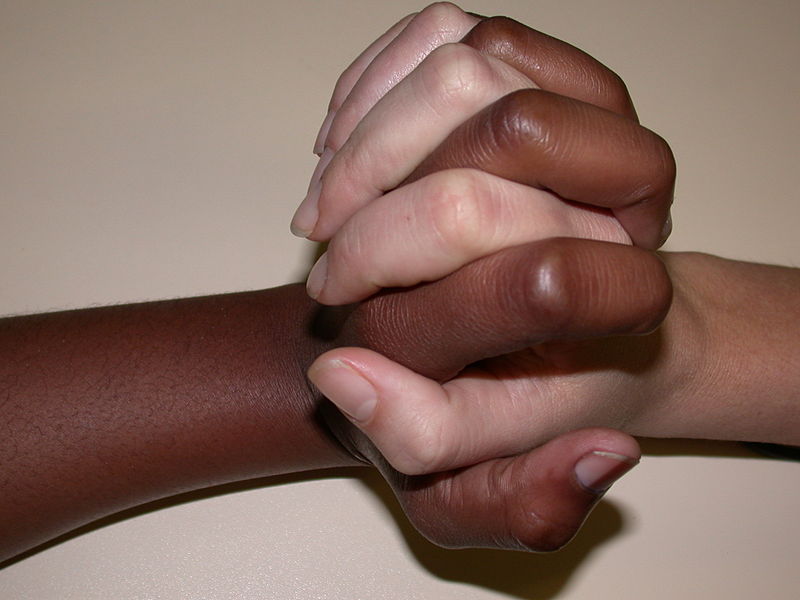 Natasha also wants no credit for sharing the photo; “I’m just a small-town girl with a big mouth. It just takes each one of us to teach our children there is no color, there is no hate.”

Thank you for this beautiful reminder, Natasha!

Please share this story to encourage more people to speak up when they see someone who needs a helping hand.