Not every college athlete gets to become a star player. But that doesn’t mean they can’t still make a difference.

When Justin Juenemann joined the Minnesota football team as a freshman, he probably hoped that he would get time on the field. Unfortunately, that never happened for the fifth-year senior teammate. But he’s still managed to remain an integral part of the team both on and off the field.

As a backup kicker for the Minnesota Gophers, Justin hasn’t played in a single game. 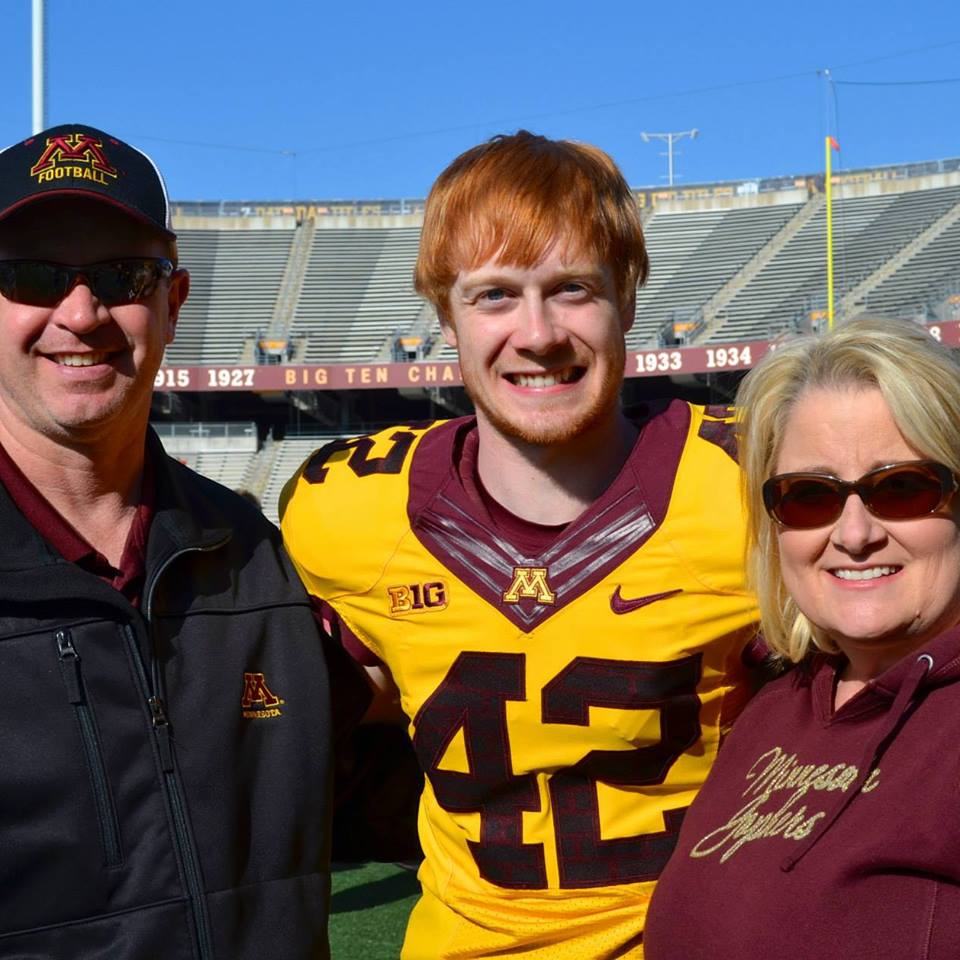 But instead of quitting the team, he embodies the Gopher mantra off the field.

“Row the boat” signifies three things to the team: 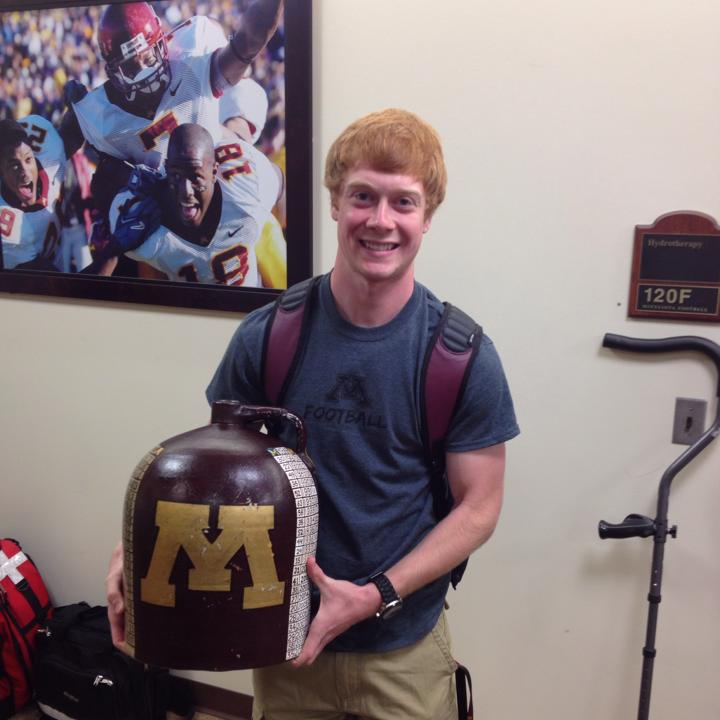 When he’s not supporting his teammates from the bench, during practices, or in the locker room, Justin is devoting his time to help kids in need at Masonic Children’s Hospital in Minneapolis.

“I just love giving and serving and reaching out to the community, and the Mason Children’s Hospital was a great opportunity for myself to reach out there and meet Kyle and meet these different people … Whether I’m in there for half an hour or … we’re in there for a minute, just to be able to see the smiles on their faces and the joy that is in the room—it’s the best feeling.”

After fours years of serving on the team and in his community, Justin built strong friendships with the children he worked with in the hospital. One patient, in particular, Kyle Tanner, considers Justin as his favorite player on the Minnesota Gophers.

But when Kyle came in to visit the team one afternoon, Justin had no clue what was to come. 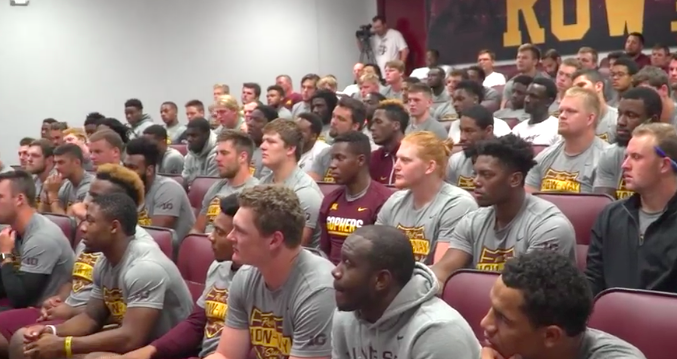 Kyle talked about how he approaches every day, despite his struggles, as a new day, and that he values his relationship with Justin. But when Coach Fleck allows him to shoot a t-shirt gun inside, that’s when things got interesting…

He aimed it right at Justin! 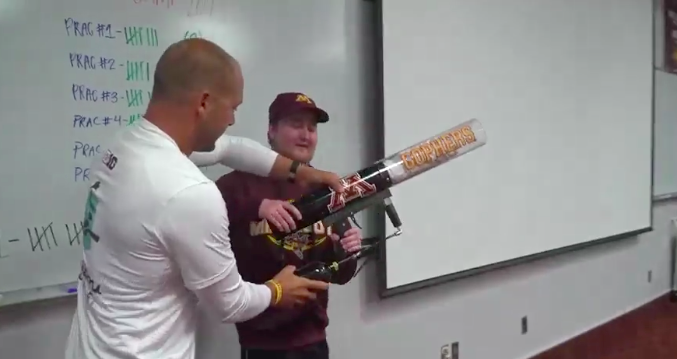 But when Justin read what was on the shirt, his jaw dropped. 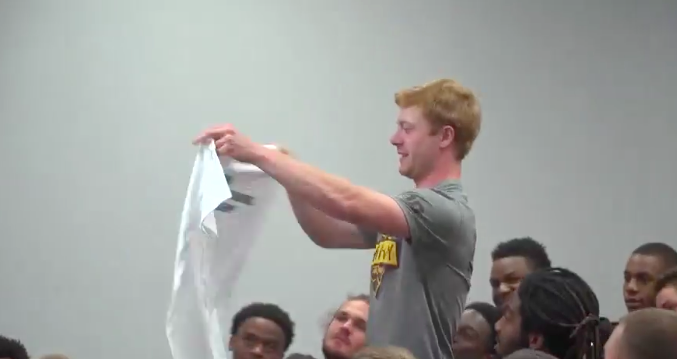 It read: “Justin, congrats on earning a scholarship.”

Watch the video below to see Justin and his team’s reaction! No one has earned it more than Justin has!

There's something in our eyes. Congratulations on the scholarship Justin and thank you Kyle. Both of you are an inspiration. #SkiUMah #RTB

Don’t forget to share this incredible story. Justin shows that you can serve your community in more ways than one. How do you serve? Share in the comments!