Everyone has their own opinion of what makes up a life well lived. For some it’s travel and adventure, for others it’s service to others, but for many, it’s simply a life full of love. 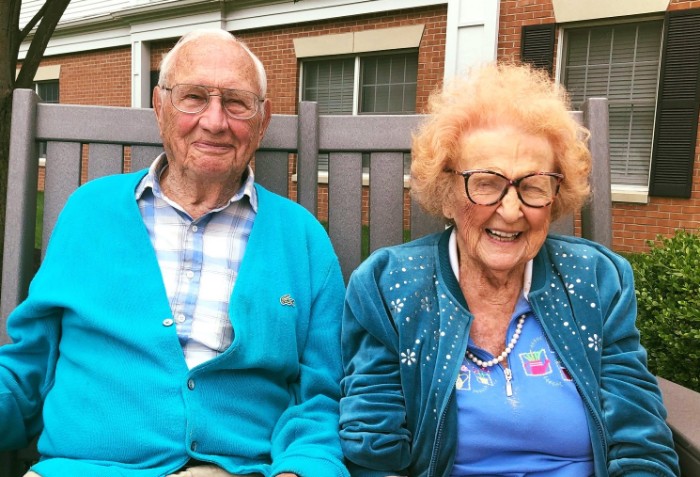 John is a WWII veteran and met Phyllis in the assisted living facility, Kingston Residence of Sylvania. The two of them quickly became friends as they have a lot in common, including the loss of two previous spouses each.

According to John, he and Phyllis “were just compatible in a whole lot of ways, found ourselves enjoying each other’s company”. As they spent more and more time together, they realized their compatibility developed into more than just friendship. 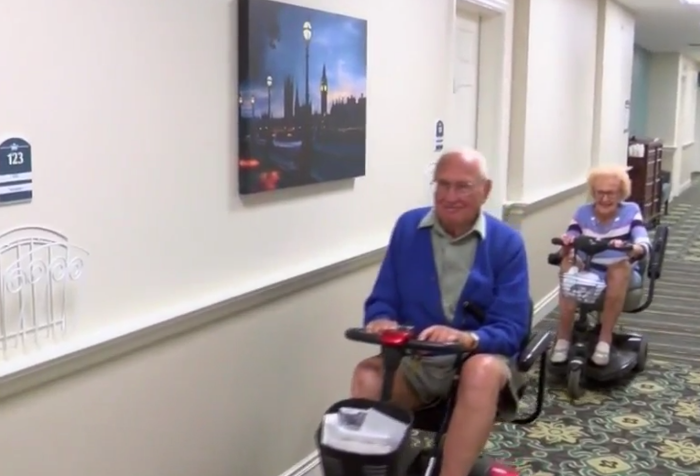 So, after a year of dating, the two decided to seal the deal and get married. They ventured to their local courthouse to get a marriage certificate and the clerk offered for the couple to get married right there and then – so, they seized the moment and tied the knot. 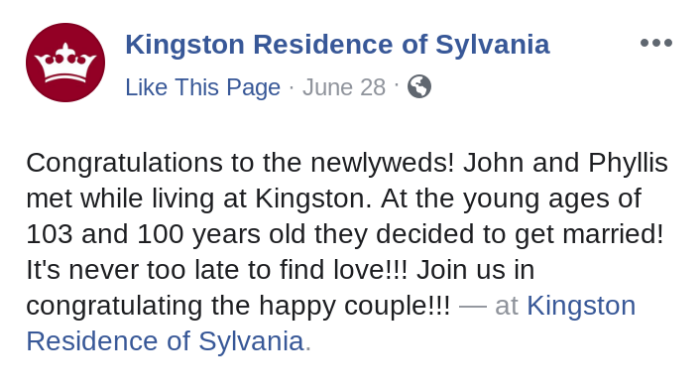 The pair are thrilled to be committed to spending the rest of their lives together and are now one of the cutest couples at their assisted living facility. They are living proof that love can come to anyone, and that a life full of love is definitely one that is well-lived.

Don’t forget to share this sweet love story with your friends!