With a cardboard sign around his neck and a few bags of Doritos in one hand, Byon Artrell McCullough declared that he would be willing to sing for food.

While most people ignored the South Carolina native, one man walking by on the busy sidewalk pulled out his phone and started to record. And when you see what Byon can do, you’ll be glad he did. 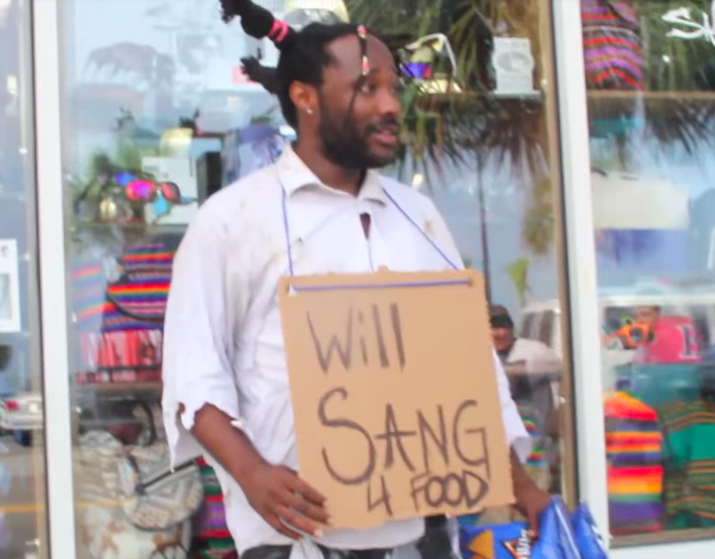 Though Byon would rather sing for food than money, he agrees to perform for two young women who stop and offer him some spare change.

What happened next stunned everyone. 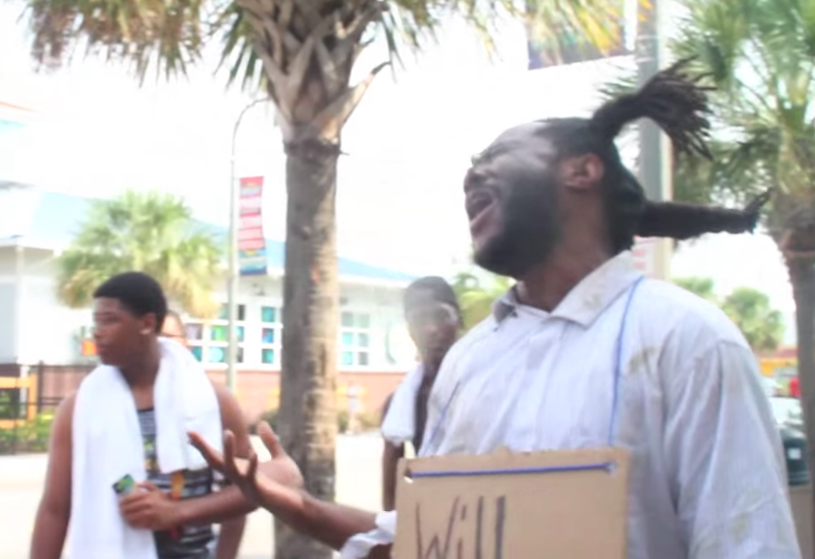 Byon launched into a beautiful cover of John Legend’s “All Of Me.” His voice was so surprising — seriously, he sounds exactly like the original artist — that a large crowd of people quickly formed around him. 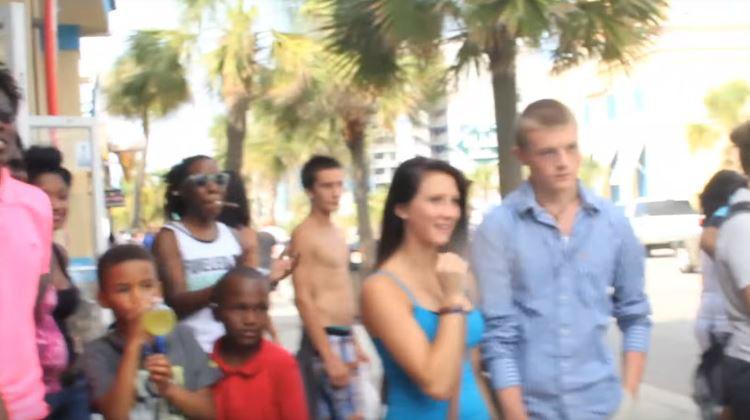 When the song ended, Byon quickly collected his earnings and offered once more to sing again for food. While that was pretty much the end of the video, it wasn’t the end of his story.

The footage was uploaded in 2014, and it soon went viral, earning over 16 million views. The story was also picked up by New York Daily News and HuffPost. 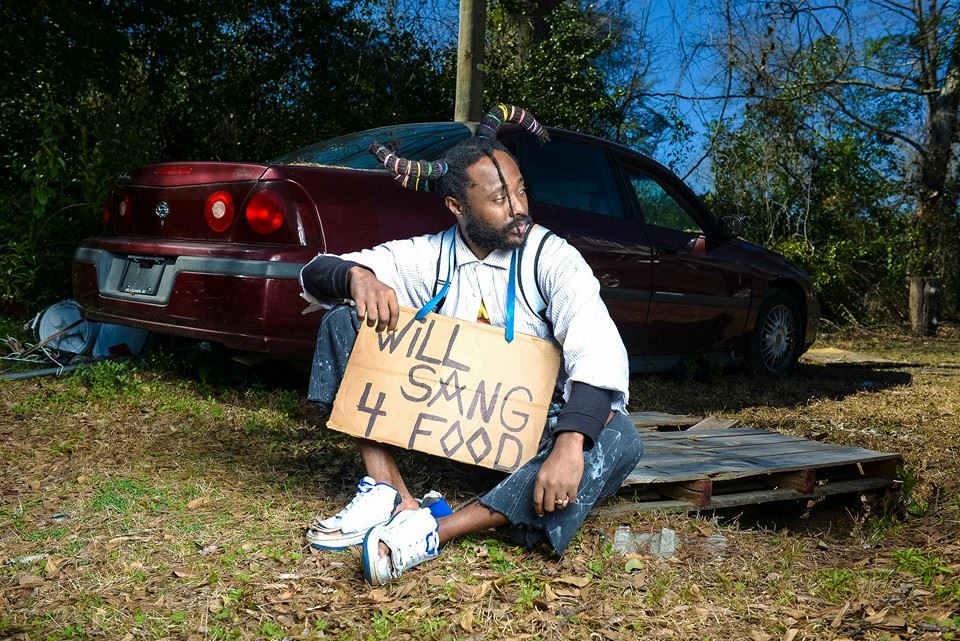 Byon hopes to use his platform to shine a more positive light on homeless people and fight the negative connotations some Americans have about them. As he explained:

“If you show people you are trying to help yourself first, then people will be more willing to give you help. Homeless people are people, too. Life does just happen, that can make people feel overwhelmed at times. People should stop judging the homeless. If you don’t have money to give them, try to give them some guidance and support.”

To see Byon’s wonderful “All Of Me” cover, check out the YouTube video below. If you loved it, don’t forget to share this story!