We’ve all passed by homeless people in the street and wondered if there was anything we could do to help them, but what if helping them was as simple as pulling out our smart phone and punching a few buttons?

Producer Rob Bliss came up with an incredibly smart and kind way to help the half a million homeless people in the United States by using an unlikely app: Amazon Prime. As Rob explained in his YouTube video, in some urban areas, Amazon now delivers in a matter of not days, but hours. He wondered if more people would help if it were easy to do, so he set up an experiment to find out. 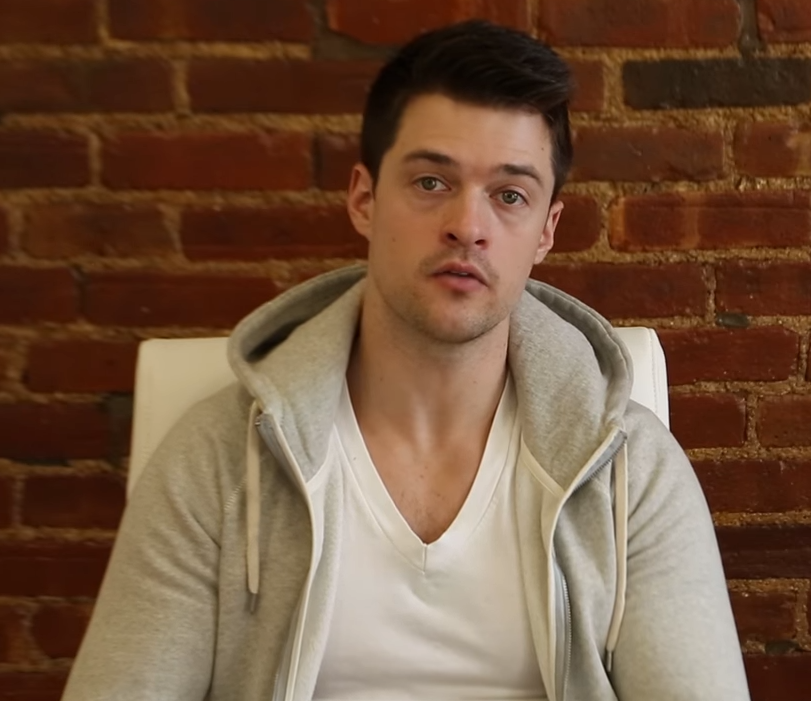 “What if we could repurpose the same app we use to deliver ice cream and iPhone chargers, to finally bring that guy a pair of socks?” 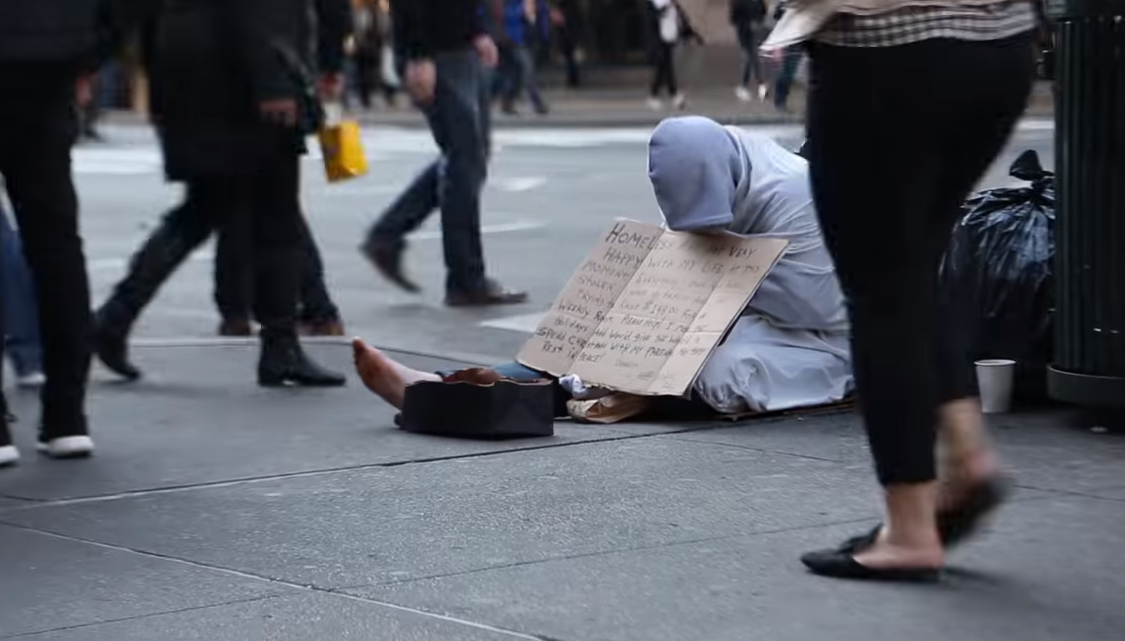 First, Rob approached a homeless man and simply asked him what he needs. Whether it’s a sleeping bag, a pair of socks, or some long underwear, Rob ordered it from Amazon and then slipped away to watch from the shadows. 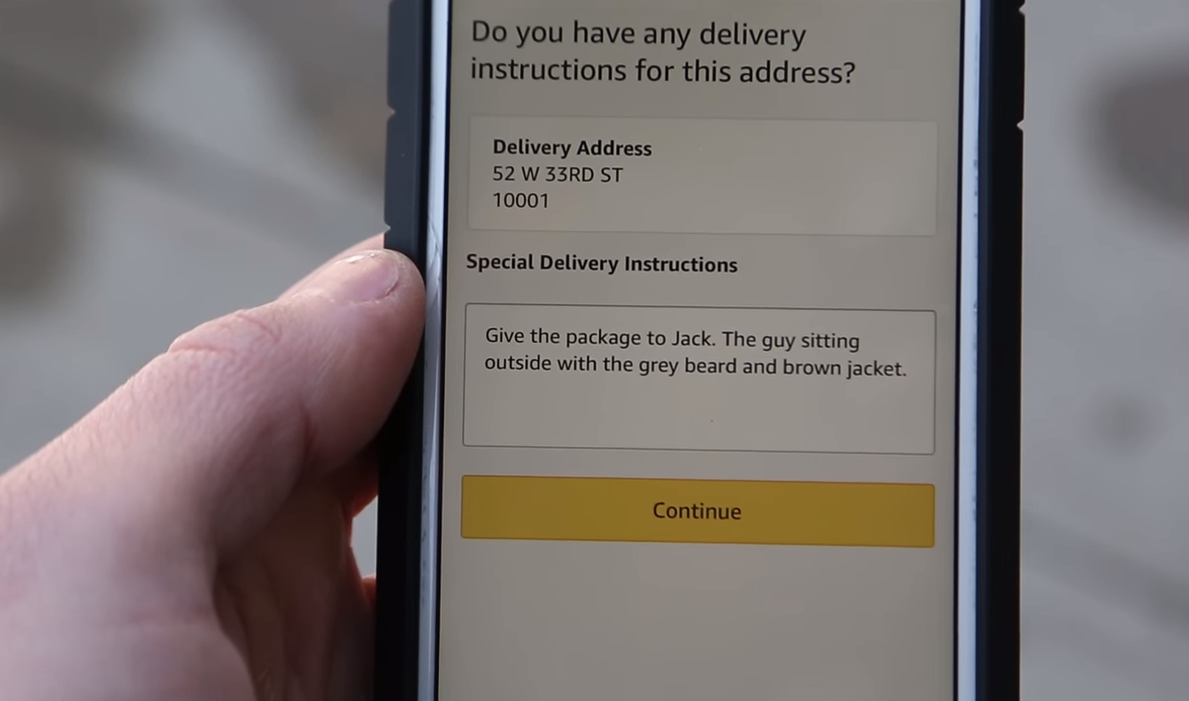 Within a few hours, an Amazon courier appeared bearing the package of warm essentials that the man had asked for. This scenario repeats, and each time we’re moved to tears!

The look on their faces as they realize that somebody cared enough to inquire about their comfort, and then did something about it, will stay with us for a long time. 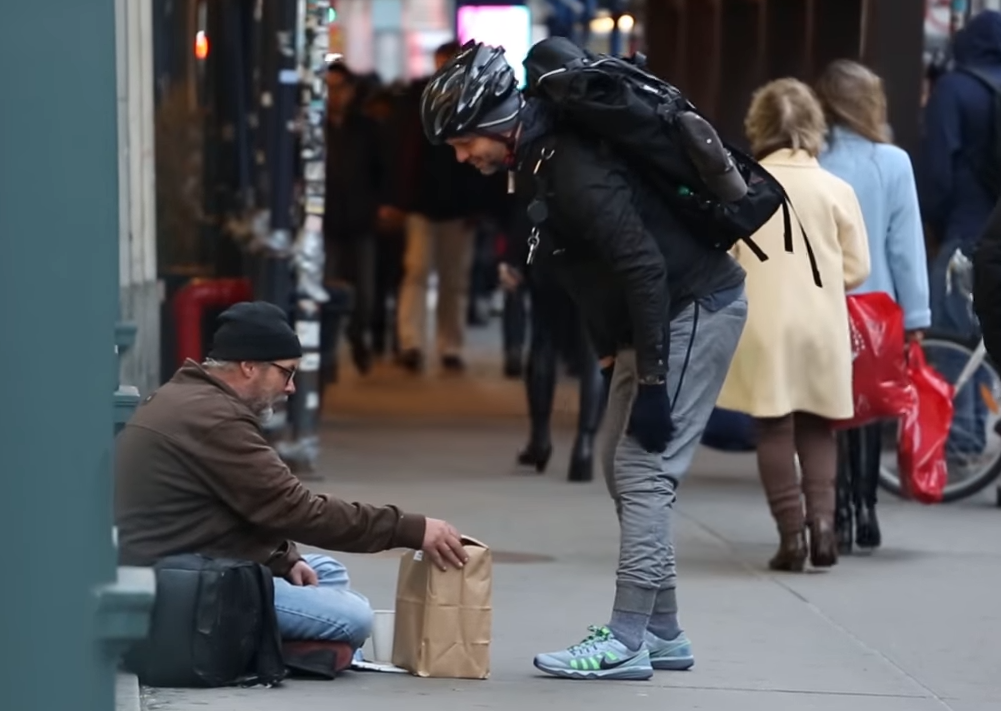 This experiment is undoubtedly a success because Amazon will indeed deliver packages to the homeless in urban areas. The couriers also seem incredibly moved by the act of delivering these packages. They recognize the comfort and relief that essential items like these can provide for those who are living on the streets. 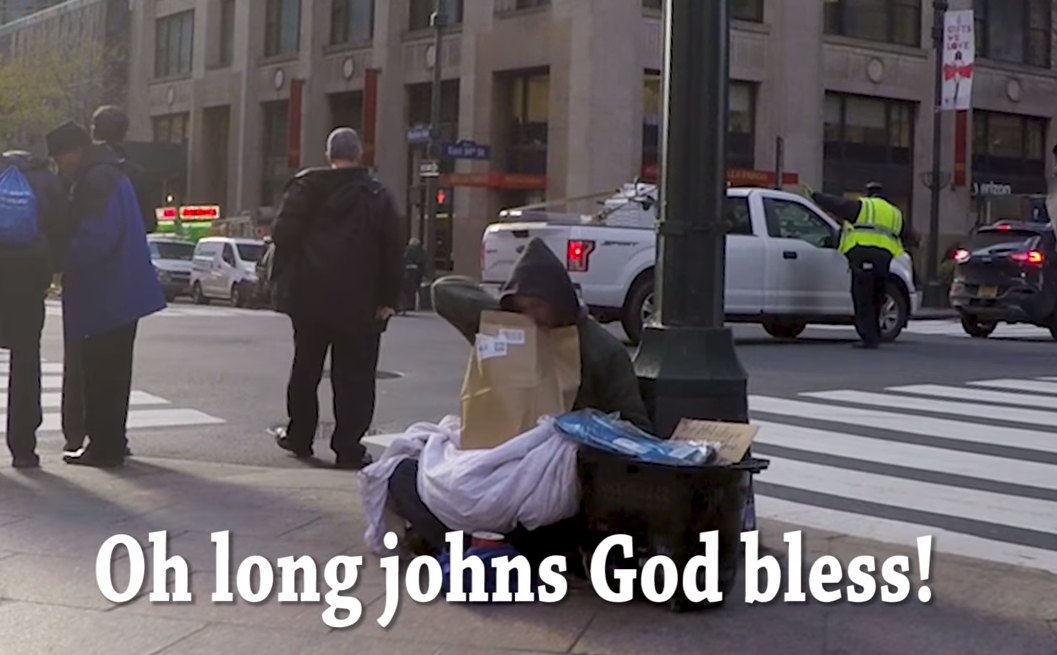 Rob ends the experiment with a reminder that we are all capable of being charitable with very little effort, thanks to this Amazon hack.

“I simply wanted to demonstrate how easy and convenient it can be to bring a person in need, what they need, and to encourage that behavior.”

“You can help too. Some of the most requested items are: socks, backpacks, sleeping bags, underwear, water, hygiene kits.”

Watch the incredibly moving video below, and be sure to share to let everyone know how they can help, too.