The tradition of dogs living in fire stations dates back to the days of horse-drawn carriages. The pups would run alongside the horses and protected them against anything that might get in their way.

Fire trucks have since replaced those carriages, but many stations continue the firehouse dog tradition because these faithful canines fill an equally important role: Today, they serve as a calming presence in a stressful work environment. The beloved companions can make even the burliest firefighter smile. That’s why, when a house loses a dog, the loss is mourned just like that of a human’s. 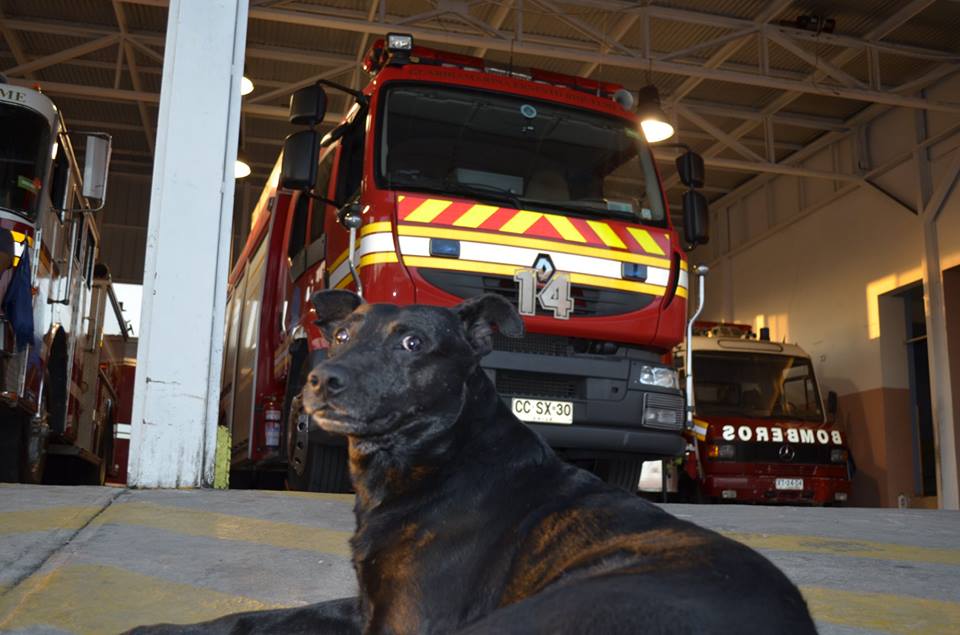 Earlier this month, firefighters in the coastal city of Iquique, Chile, lost their four-legged brother, Negro. He’d lived and worked alongside them for more than a decade before passing away at the age of 14.

Though their hearts were heavy, the company sent him off in style, complete with an honor guard funeral and the posthumous title of “Honorary Firefighter.” 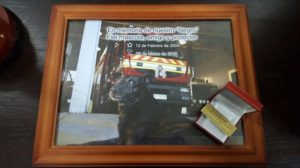 In memory of our Negro. Faithful pet, friend and protector. 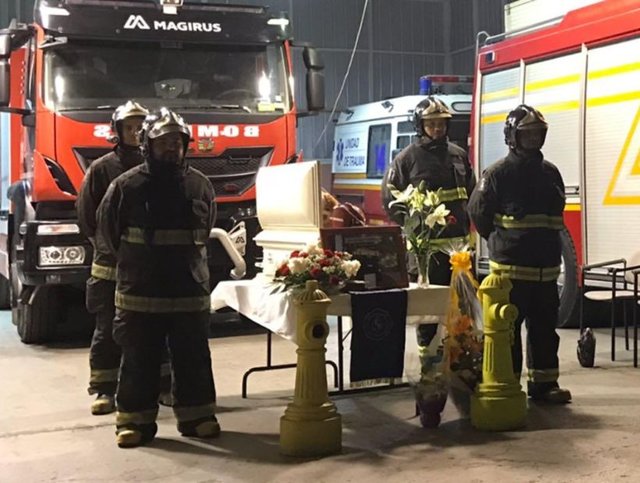 After paying their respects, Negro’s two-legged brothers carried him in a custom-built, white casket to a plot near the fire station. There, he was laid to rest, and nearby, the firefighters planted a tree in his memory. 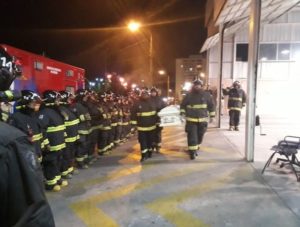 “Negro was one of us, one of this family. He was respected, loved,” Fire Captain Jorge Tapia said.

“We said goodbye in a very emotional ceremony because we were saying goodbye to one of our own, who was an important part of this company.” 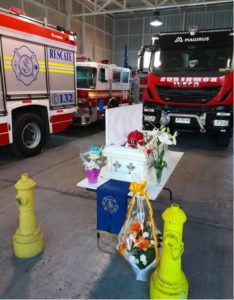 It’s clear that Negro meant a lot to these brave firefighters, and they weren’t afraid to show that the little black dog had left little paw prints on all their hearts. 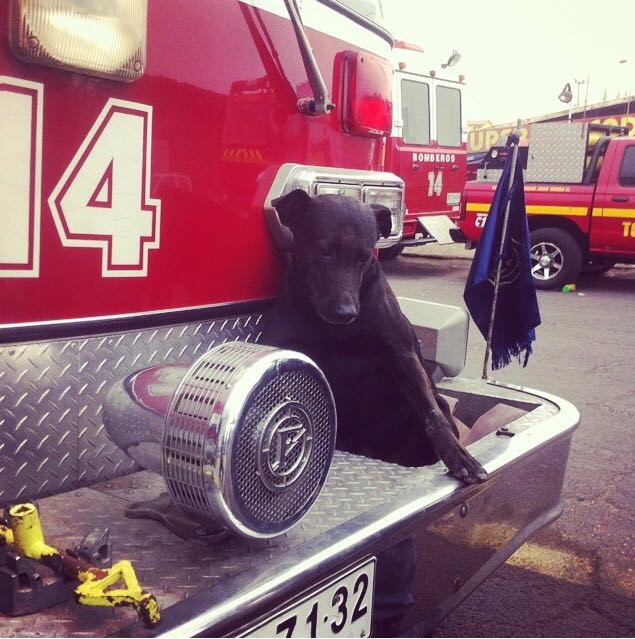 News of the moving tribute has touched hearts everywhere, and many are calling for more firehouses to make dogs into their official mascots:

Share this story to warm even more hearts with this touching gesture.