Some people are heroic in more ways than one.

Suwannee County Fire Rescue Captain Chip Leathlean was giving a demonstration of his department’s equipment and services at an elementary school in Florida when he noticed a little girl standing off to the side, not engaging in the activity. 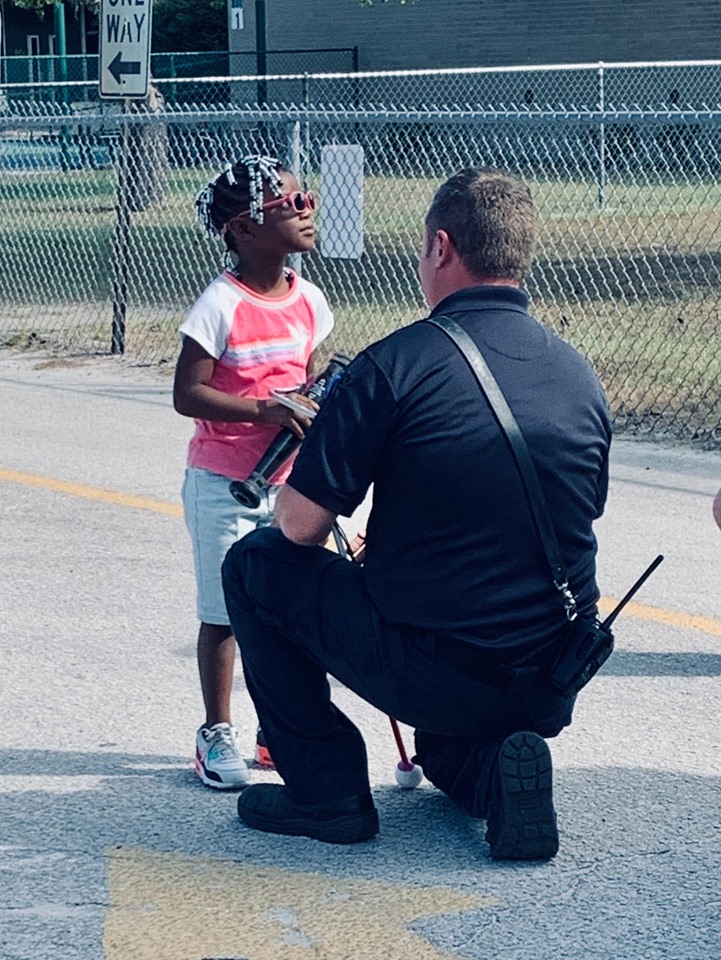 Leathlean quickly realized that was because Jakhyriana Oglesby is blind. And since she couldn’t see the cool equipment he was showing everyone else, she felt left out as her peers “oohed” and “ahhed.”

“I wanted to include her in part of it,” Leathlean said later. So he brought over a fire hose and held it up so Jakhyriana could feel it with her fingers. The response was immediate: “When she touched the nozzle, her face lit up, and so did mine.” 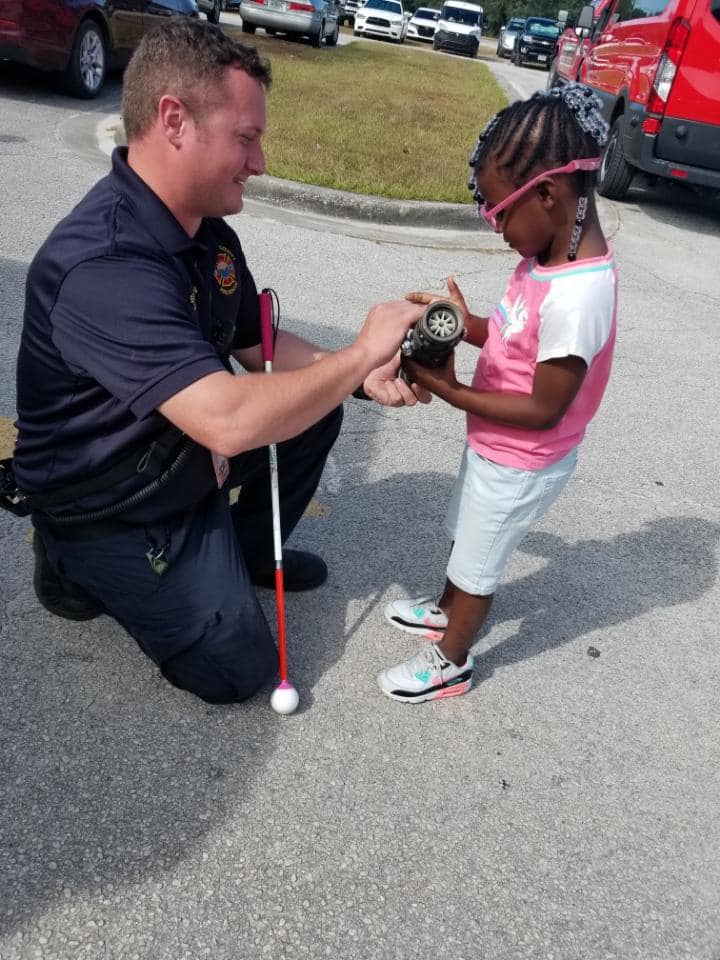 Suwannee Primary School shared the adorable photos of Leathlean and Jakhyriana on Facebook, and they quickly went viral. Everyone praised Leathlean as a hero, but he said he didn’t want any glory for his act of kindness. In fact, he didn’t even know someone was taking pictures at the time. “It was nothing about me,” he said. “It was all about the little girl.”

She felt that way too! Shanta Oglesby, Jakhyriana’s mom, said the experience made her daughter’s day! She came home gushing about the kind firefighter who made sure she knew what everything did and how it worked. 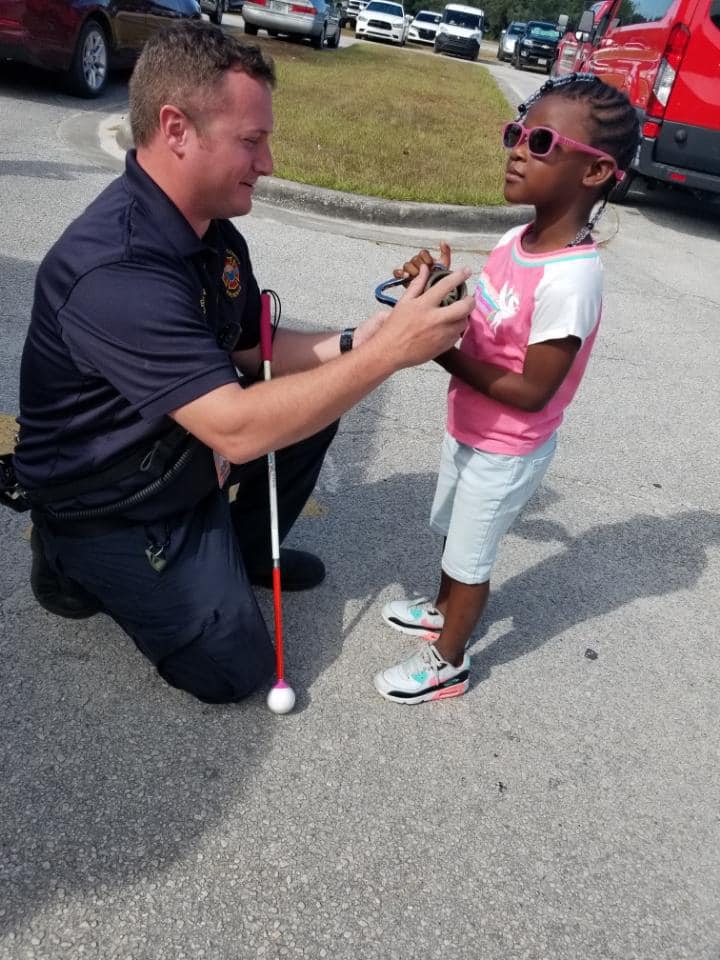 Clearly, Leathlean is someone who always looks out for others! Even though he wasn’t out saving lives that day, he still managed to turn a child’s day around! This little girl will always remember the one-on-one demonstration she received from an incredible firefighter who just wanted her to feel included. Great job, Leathlean!

Share this story to thank this amazing first responder for his kindness.