If we know anything about Ellen DeGeneres, it’s that she loves to give back to her viewers.

When Ellen heard the story of Mario Lazo and his two daughters Eden and Monica, she knew she had to help. Mario recently lost his wife Jennifer after a 4-year battle with cancer. He’s now struggling to find balance as the sole breadwinner and parent to their daughters, so Ellen had the family on her “Ellen’s Greatest Night of Giveaways” show to spread a little holiday cheer. 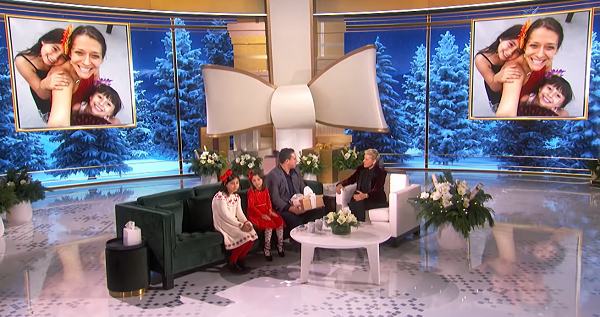 Jennifer’s parents were in the audience as Ellen brought out a series of surprises for Mario and his girls. This family has been through so much, and as they talked about how much Jennifer’s smile lit up a room it’s clear how much the loving mother will be missed.

In spite of their grief, the little girls’ faces light up when they see a video message from Ellen’s “BFF,” Taylor Swift. Taylor recorded a beautiful greeting for the children and even invited them to attend one of her upcoming concerts, complete with VIP backstage passes! Oldest daughter Eden seemed particularly blown away by the gift. 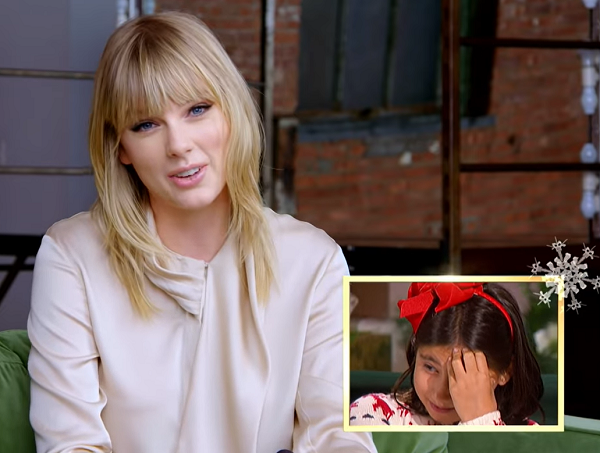 As far as surprises go, Ellen was just getting warmed up! After the shock of seeing Taylor wore off, Ellen had Mario open the gift box in his lap. Inside the box was… another box… and then another one! Eden was on to them from the start, but still a bit concerned that known-prankster Ellen might be hiding a scary surprise in the box.

She needn’t have worried. Instead of a box of lizards, the box actually contained a piece of paper. The paper represented Mario’s mortgage balance of $300,000, and to his amazement Ellen proceeded to rip it up right in front of him. That’s right; Ellen’s friends at Green Dot Bank had paid off the family’s entire mortgage so that he can focus solely on parenting his daughters without worrying about losing their house! 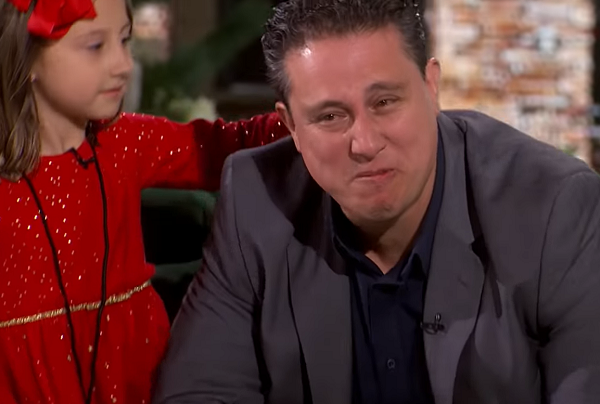 Now that’s a Christmas surprise! Mario was moved to tears, as is just about everyone who watches this video. It’s so wonderful to see the look of relief and gratitude on this grieving dad’s face!

Watch the emotional moment when Ellen makes this family’s lives just a little bit easier below, and don’t forget to share.