There are few gifts in life more precious than organ donation.

Families who make the heartbreaking decision to donate their loved one’s organs are rewarded with the knowledge that their selfless act has given a stranger a second chance at life. For the family of Donovan Bulger, the decision was easier because Donovan himself had made his wishes clear before the tragic accident that took his life at just 21. 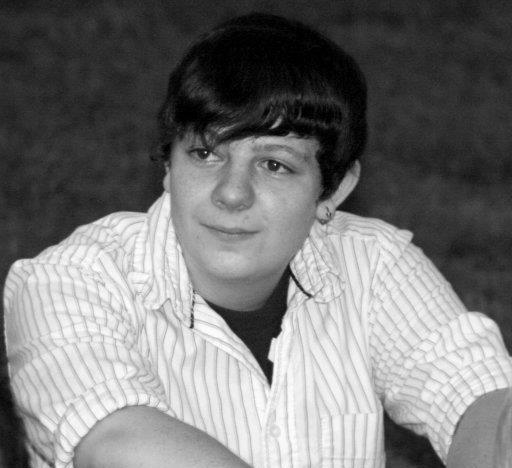 Donovan’s organs helped save the lives of several people, including John Sueme. John had suffered from heart failure for five years before Donovan’s life-saving donation granted him a new life. Now, thanks to a chance meeting at a baseball game, Donovan’s siblings got to hear their brother’s heart beating once more — in John’s chest.

Donovan’s sister Savannah Roesch says that she and her family have become organ donation advocates since losing their brother. When they were invited to attend a St. Louis Cardinals game at Busch Stadium for the team’s Transplant Awareness Day they decided to attend, even though Savannah says she doesn’t even like baseball. Still, she and her family showed up to honor Donovan, all dressed in neon green T-shirts emblazoned with his face. 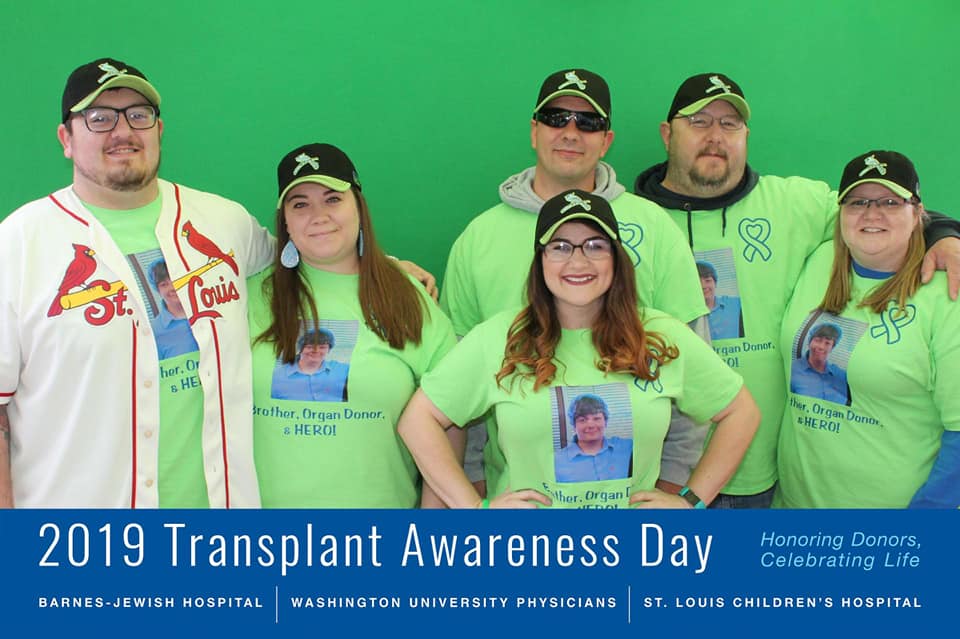 After receiving Donovan’s heart, John had sent the family a letter of thanks. “I followed guidelines, I can’t name myself, it was a general letter thanking them for this tremendous gift,” he said. “Several months later I received a letter from Savannah and enclosed were two pictures of Donovan.”

One of those photos was the one printed on the Bulger family’s shirts, so in an incredibly serendipitous moment, John’s wife Liza recognized them in the crowded stadium.

“We try to attend events to help spread awareness,” Savannah explained. “We were all standing there representing our brother when we heard someone ask, ‘Are you Donovan’s family?’”

Startled, Savannah and her family quickly realized that one of the people whom Donovan’s gift of life had saved was standing right in front of them. Instantly emotional, Donovan’s family embraced John and his loved ones as family, bonded by their love and gratitude for one special young man. 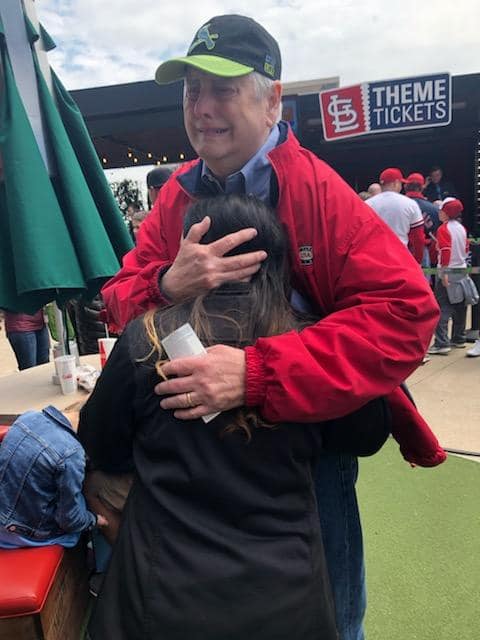 John finally had a chance to thank the family in person, and when he hugged Savannah she pressed her ear against his chest to listen to her brother’s heart beating inside. “This gives us peace,” said Donovan’s sister Katie Seper. “We know he isn’t coming back but a sigh of relief knowing they are so appreciative of all that.”

One by one, each of Donovan’s siblings and other family members hugged John and listened to Donovan’s heart. John described the heart-wrenching moments: “It was like lightning struck yesterday. I certainly always wanted to meet them.” 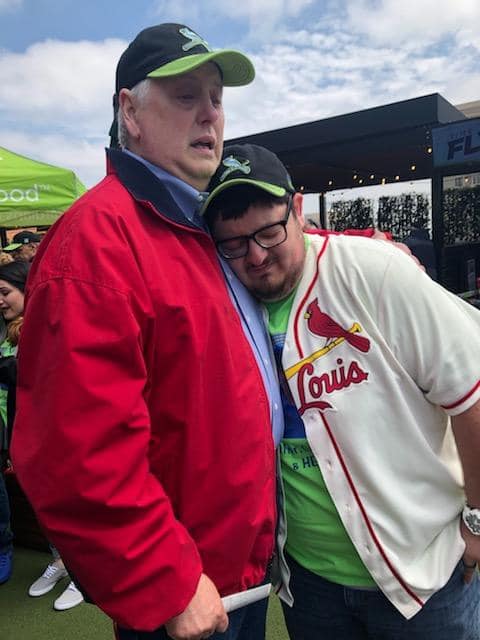 In between hugs and tears, John told the family that he and his wife had gone to Italy and lit a candle for Donovan, who was proud of his own Italian heritage. “My husband wouldn’t have been able to go on that trip without the gift Donovan gave him,” said Liza. “It’s just all overwhelming to think this all happened.” 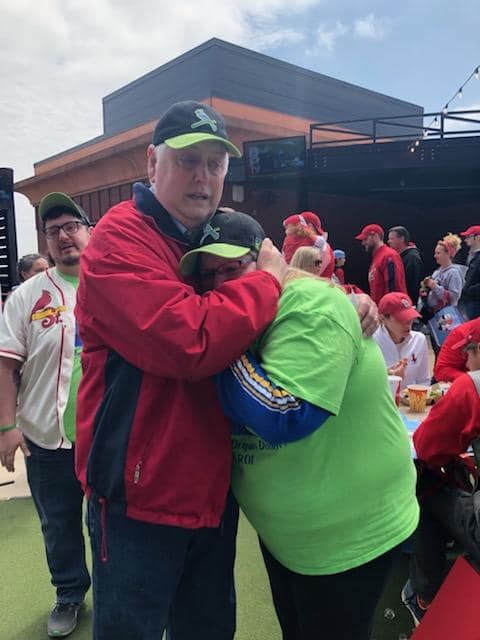 John never would have received Donovan’s heart had the young man not made his wishes clear before his death. His brother Brenden Bulger explained that he and Donovan had once discussed organ donation and Donovan had told him, “We aren’t going to need our organs and there are other people out there that need them. People stay on those transplant lists for so long so why not try to help?”

“Next time we will bring along a stethoscope,” said Brenden.“We went to the game as six but left as nine.”

“We are family,” Savannah added.

It’s so amazing that a chance decision to wear those T-shirts lead to such a life-altering experience for these two families. It almost seems like fate at work! Thanks to Donovan’s gift, these two families are now united forever in their shared gratitude for life.

Watch the video below to learn more, and please share to encourage more people to make their end-of-life wishes known and choose organ donation.