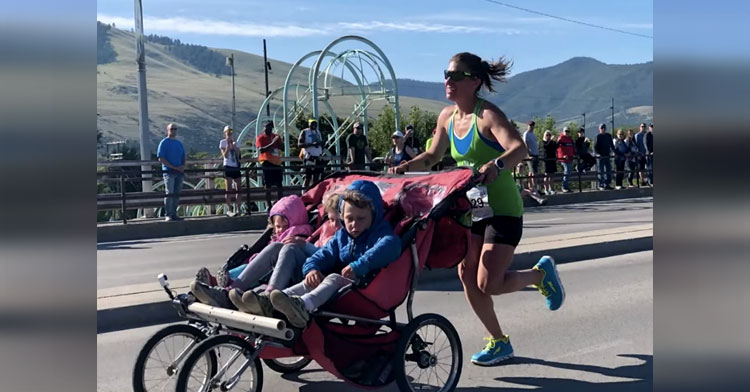 Mom of three, Cynthia Lauren Arnold recently did just that when she brought her 6-year-old, 3-year-old, and 21-month-old kids along for the ride at the Missoula Marathon. Not only did she run 26.2 miles while pushing three kids in a stroller (which is impressive enough), but she broke a record while doing it. 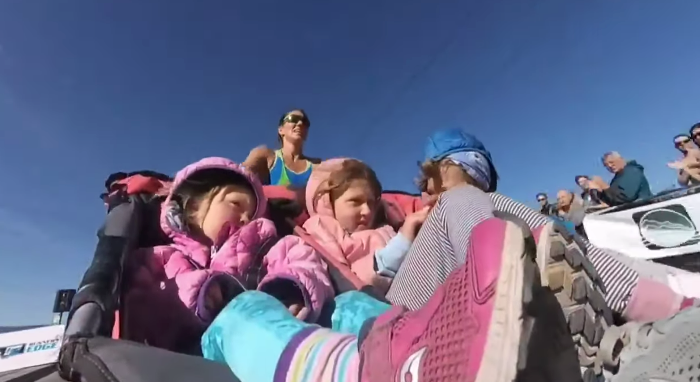 Cynthia added an extra 185 pounds to her run by including her three kids (and the stroller). Even still, she beat the previous record for a woman completing a marathon pushing a three-person stroller, which was set at four hours and six minutes (about a 7:20-mile pace).

She was a little unsure of how the kids would tolerate the long stroller ride, because she trained for this marathon mostly solo with the exception of a few one-hour runs with the kids. But, they hung in there (and even got some popsicles along the way) and enjoyed the cheers from the audience around them. 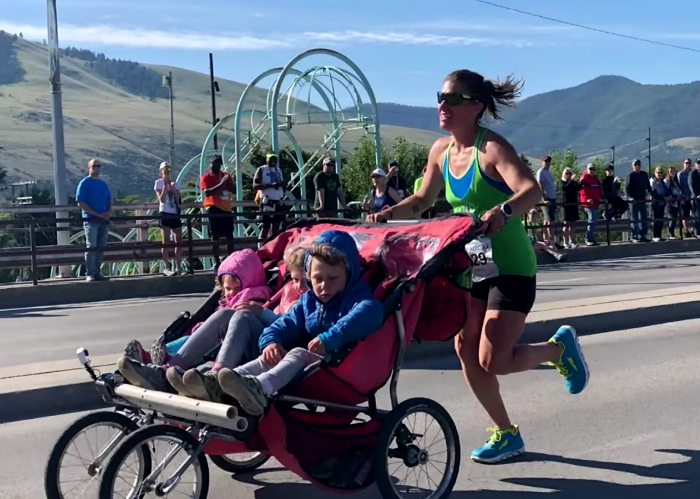 This isn’t the first race the kiddos have “helped” their mom in. Last year, Cynthia broke the half-marathon record while pushing the three-person stroller. She admitted this year was a bit tougher because not only did she double the distance, but the kids are a year’s worth of growth heavier.

Cynthia says she’s ready to retire from pushing the kids along with her, but plans to continue to race on her own in the years moving forward. To her, running is a part of her identity and she has no intention of losing that. 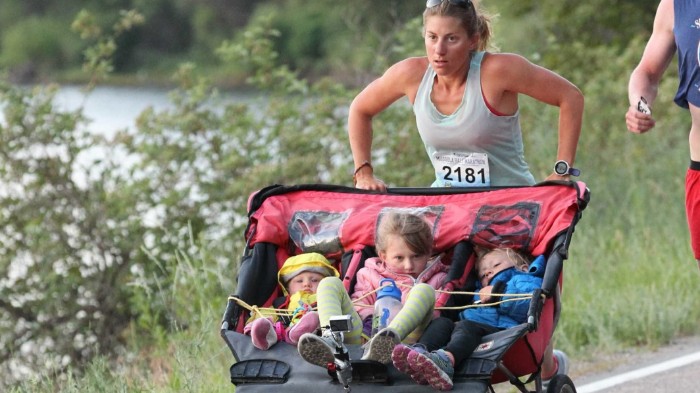 She may not be pushing the kids along in the future, but something tells us she’s instilled a love of running in them and it won’t be long before they’re running right alongside her in races.

Learn more about this inspirational mama in the video below, and be sure to share with your friends!