True friendship knows no bounds and can often be found in the most unusual places.

When Cooper Baltzell of northern Minnesota was just three-years-old, he spent far more time in the hospital than any child should ever have to. Born with Hirschsprung disease, a rare, inherited condition that affects the body’s digestive system, Cooper was in and out of the hospital so often that all of the staff members greeted him by name. 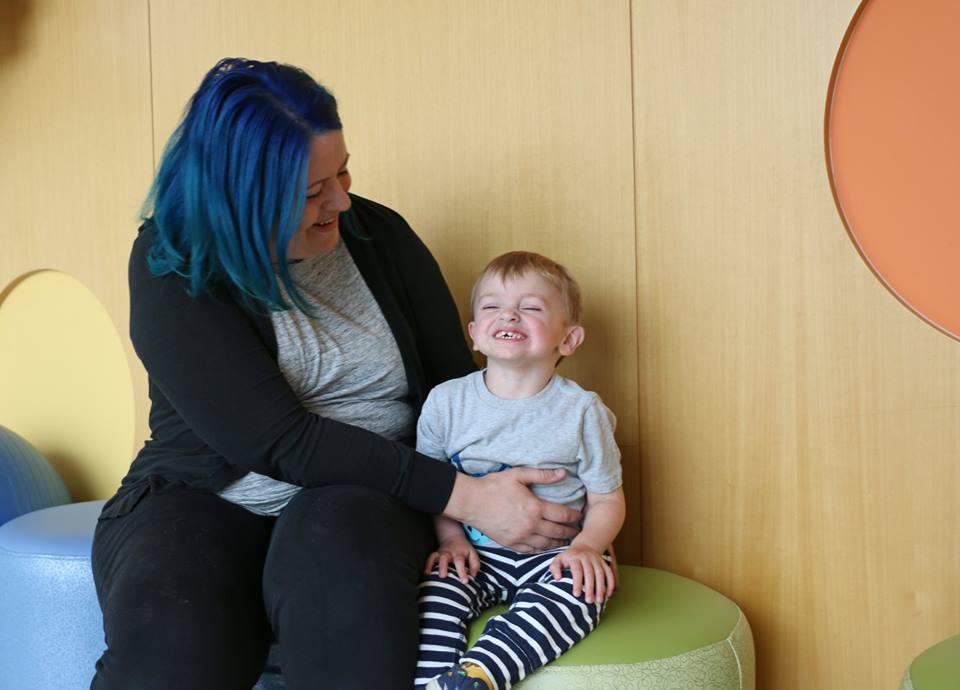 Being an outgoing little guy himself, Cooper quickly became the darling of the fifth floor at University of Minnesota Masonic Children’s Hospital. He’d sometimes even bring candy bars and other treats for the hospital workers. One day, while handing out candy, Cooper crossed paths with Gregory Watson, a fifty-seven year-old housekeeper at the facility. Gregory gratefully accepted a candy bar from Cooper and their friendship blossomed from there.

From that day on whenever Cooper went to the hospital he looked forward to seeing Gregory. The two soon bonded over their shared love of buttery popcorn and puzzles, taking “field trips” to the slushy machine in the cafeteria and walking hand-in-hand to the popcorn machine. 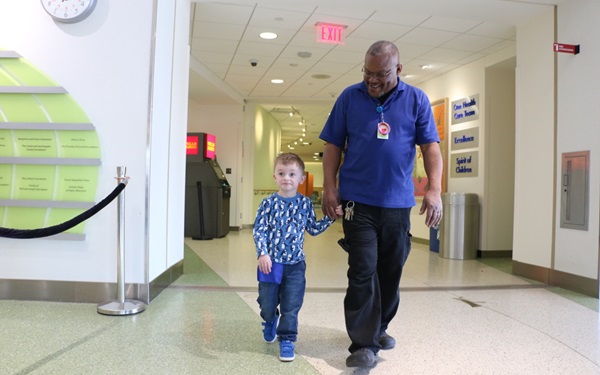 Cooper’s mom Ashley Baltzell says that having a friend at the hospital has made their frequent trips there much more pleasant for both of them. “Gregory is also a chatty guy. It’s kind of a match made in heaven,” she said, adding, “Cooper would be really bummed when Gregory wasn’t there and somebody else was cleaning the room.”

For Gregory, meeting and befriending a child is all part of the job when you work in a children’s hospital. “He’s the coolest kid I ever met,” Gregory said. “He’s just so outgoing and always has a good attitude. Most kids — when they’re sick, they’re not happy. He’s always happy. Always.”

Gregory has raised two sons of his own, so interacting with Cooper comes naturally for him. He’s met dozens of families over the nine years he’s worked at the hospital but admits that his friendship with Cooper is special. 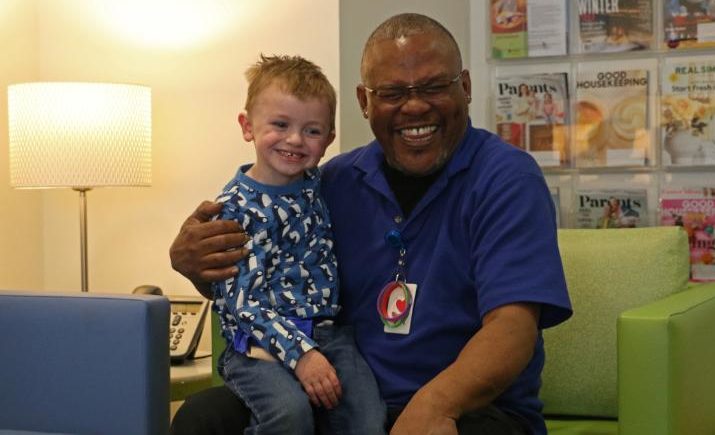 “He makes my day,” Gregory said, explaining, “Kids come here sick, and they need all the help they can get. If it makes them happy, it makes me happy. It’s just part of the job. I know everybody doesn’t do it, but these kids didn’t ask to be here.”

Ashley says that Gregory’s modesty is normal for him, but she knows firsthand that he goes above and beyond his duties with his interactions with her son.  “You go way above what your job description probably is,” Ashley told Gregory. “He talks about you all the time and loves seeing you. We’re here all the time, and that’s just how our life is. But it’s good to feel like you’re around friends.”

Cooper has been doing much better with his disease lately, so he hasn’t had a chance to see his friend as much as he’d like. At home, Ashley even found him mopping the floor and saying, “I’m Gregory!” The family is now making plans to pay Gregory visits at work even though Cooper doesn’t need to be admitted, which is just about the cutest thing we’ve ever heard! 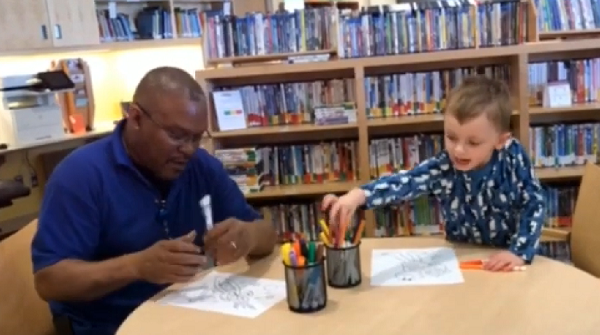 It just goes to show you that friendship has the power to help you through even life’s toughest moments. Cooper never expected to befriend a man over fifty years his senior, but friendship comes in all different shapes and sizes! It’s up to us to be open to making friends with everyone we meet, just like Cooper and Gregory.

Watch the video below to learn more about their sweet friendship, and be sure to share.

News of the horrific bombing which took place on May 22, 2017 at an Ariana Grande concert shocked the world far beyond Manchester, where the tragedy took place. The devastating...