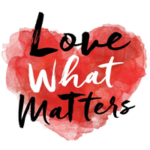 ‘I have the ‘wild child.’ The one that’s loud. That NEVER listens to ‘no.’ I feel guilty. ‘Was I too hard on him today?’: Woman claims ‘wild child’ moms are ‘trying harder than you know’

Get more stories like this in your inbox! Sign up for Smile, our free daily good news email read by over 825K people! “To the Mama with the ‘wild child’,...

‘I make mistakes. I snap when I should be sensitive. I lecture when you needed a hug.’: Mom wants kids to know even when she fails, ‘you are my treasure, you are my reason’

Get more stories like this in your inbox! Sign up for Smile, our free daily good news email read by over 825K people! “Dear kids, when I fail… Sometimes I...

Spring is here, and it's the perfect season to get in some extra quality time with Mother Nature! Don't let this springtime pass you by without taking advantage of the...

Being a dad means loving and nurturing another being with all your heart. You don't have to have human children to be a great dad. In fact, as the fathers...

Bad moods happen to the best of us, but we certainly don't have to wallow in them. If you're feeling overwhelmed, it can help to remember that there are plenty...