It feels awful to be made fun of for the things you love most, especially when you’re a kid.

For a sweet boy named Charlie, the hate and bullying went beyond cruel words to outright physical violence. Recently, bullies have been harassing the 9-year-old from Reading, England, at school. His crime? Being passionate about musical theatre. 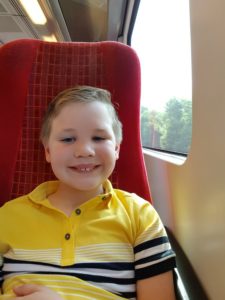 Things eventually got so bad that six boys cornered Charlie and beat him up at school this month. The little boy takes singing lessons with “Wicked” actor Jacqueline Hughes, and when she heard what happened, she couldn’t stand by and do nothing. 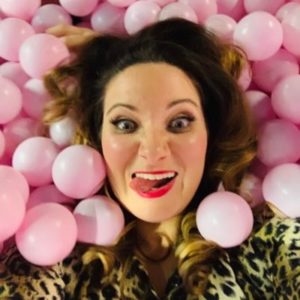 So she reached out to the people she knew could cheer Charlie up — her theatre community. As Jacqueline explained in a tweet, the boy really needed some support after dealing with bullies who’d rather hurt than befriend him. And boy, did they come through for Charlie.

Soon, messages of love came flooding in from actors all over the West End of London. Charlie even received videos from cast members of “Aladdin“…

We love you Charlie ?? pic.twitter.com/d4kl5oBAHj

#CheerUpCharlie ! I welcome him at my next @ProFromTheShows workshop ? Please let his parents know and ask them to get in touch. We’re all thinking about him at @JamieMusical today – this ones for him! ? pic.twitter.com/TzOYOuK9BU

…and “Les Misérables,” to name a few! So far, Charlie has received hundreds of sweet messages with the hashtag #CheerUpCharlie, which began trending in the U.K.

The best part? Charlie has since been invited to a number of performances, including “Phantom of the Opera” and “Aladdin” showings, after which he met both casts and enjoyed backstage tours! 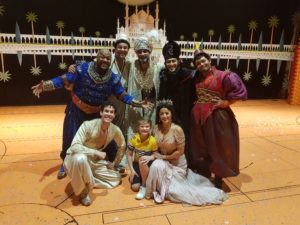 As for Jacqueline, she’s been overwhelmed by all the support.

“I am lost for words and completely overwhelmed! Each and every message is so heartfelt and fueled by love and kindness,” she wrote. “Thank you. So proud to be part of an industry where you CAN be unique, yourself and be accepted.”

Jacqueline also shared a special musical “thank you” to everyone from her and Charlie, who’s proud to say he’s still standing thanks to his new internet friends. It just goes to show that while there are mean people everywhere waiting to cut you down, the good always outnumbers the bad!

Share this story to encourage others to shine as their true, unique selves!