Military homecomings are always special and very touching events to witness, especially if said reunions are a surprise. But the sight that awaited one Marine father after spending months overseas was something truly miraculous.

In 2011, Staff Sgt. Jeremy Cooney was deployed to Afghanistan. He left with a heavy heart, not only because he’d miss his family dearly, but because doctors had just told him his 6-year-old son, Michael, would never walk. The little boy was born with cerebral palsy and needed a wheelchair to get around. 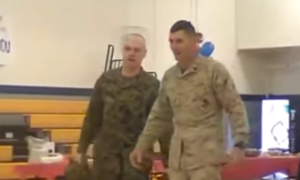 That’s why, upon his return home that December, Cooney couldn’t believe his eyes. There, standing before him at Camp Lejeune in North Carolina was his beloved family, though right then, he only had eyes for Michael… who stood beside them.

As it turns out, Michael had been very busy while his dad was away. The little boy had spent months practicing with his siblings and mom Melissa preparing for this very moment. Slowly, he learned to stand up and eventually, take step after step! All that hard work paid off when he surprised his dad with the incredible milestone. 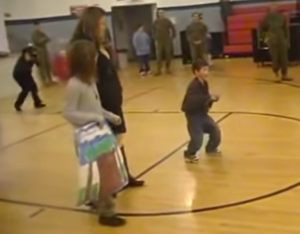 Astonished, it was all Cooney could do to crouch down, arms outstretched, and wait, beaming as his son defied doctors and walked toward him. 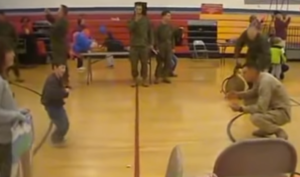 Then, just before Michael reached him, Cooney made up the difference and scooped him into his arms, bursting with pride for his little boy. 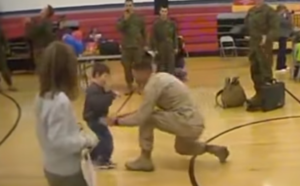 The two shared an emotional father-son hug that spoke volumes more than words ever could. Both pulled through their own struggles to celebrate together on such a joyous occasion. 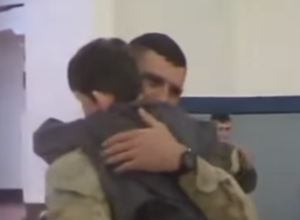 This story is such a wonderful example of the power of love and determination. It really speaks to what we can overcome through personal strength and with the support of others. Congratulations, Michael! And thank you, Cooney, for your service.

Watch as Michael gives his dad the best homecoming gift he could ever ask for below. Be sure to inspire others by sharing this beautiful moment!