Many Americans feel it’s their patriotic duty to stand  up when the National Anthem is played.

Leah Norris of Tennessee was enjoying the Putnam County Fair in Cookeville, Tennessee, when she witnessed one little boy who took patriotism to a whole new level. As country singer Jenny Leigh belted out “The Star-Spangled Banner” from the stage, Leah witnessed 10 year-old Avery Price, who uses a wheelchair, struggling to get to his feet. 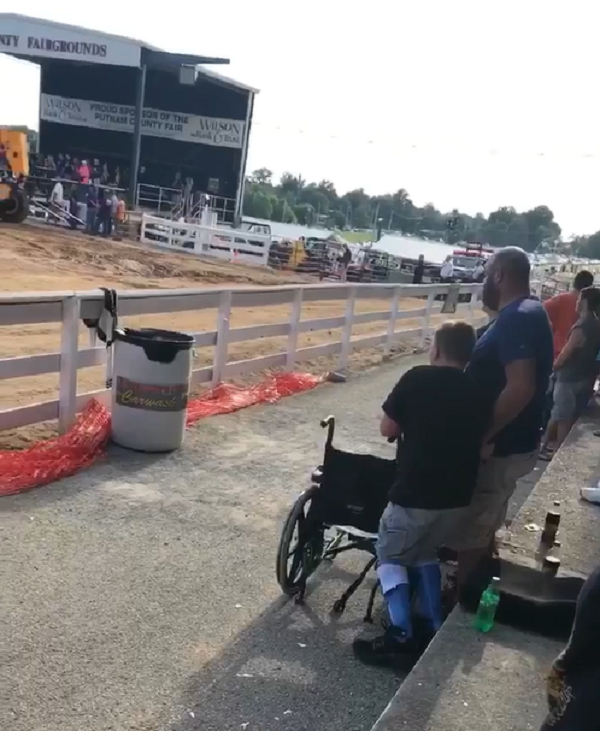 Avery has hereditary spastic paraplegia (HSP) syndrome, a condition that’s similar to cerebral palsy. Although he recently had surgery to correct some of his issues with using his legs, he still uses a wheelchair to get around.

This evening, Avery felt a surge of love for his country, so he decided staying seated wasn’t good enough.

“I usually sit and put my hand on my heart, but last night I decided to stand… because I like to stand for my country,” Avery later explained. 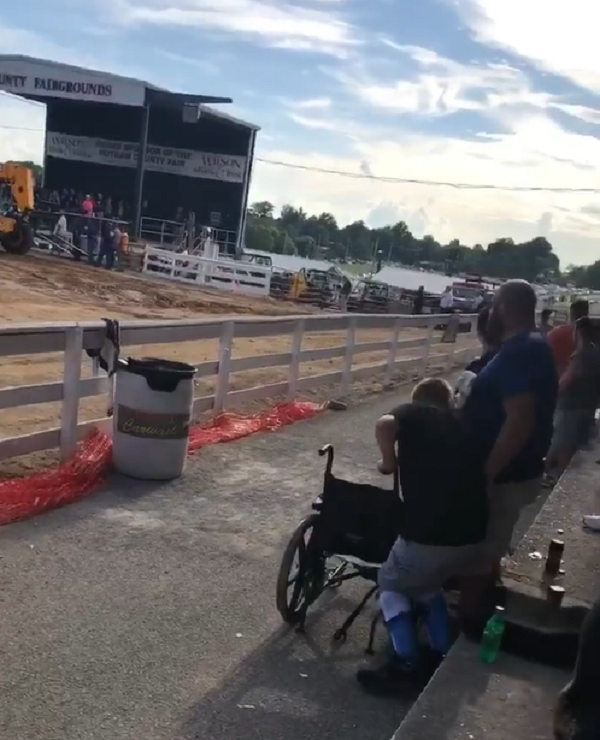 Leah says she was moved to tears by the sight of this disabled young man who was determined to stand tall for his country. Sharing the video on her Facebook page, Leah wrote:

One of the most touching things I’ve ever seen tonight! This young man was struggling to stand for the anthem as he had braces on both legs with his Dad patting his back in support of helping him…
I’m not sure who this boy or his family is, or if it’ll ever reach them again. But his parents are raising a fine young man. 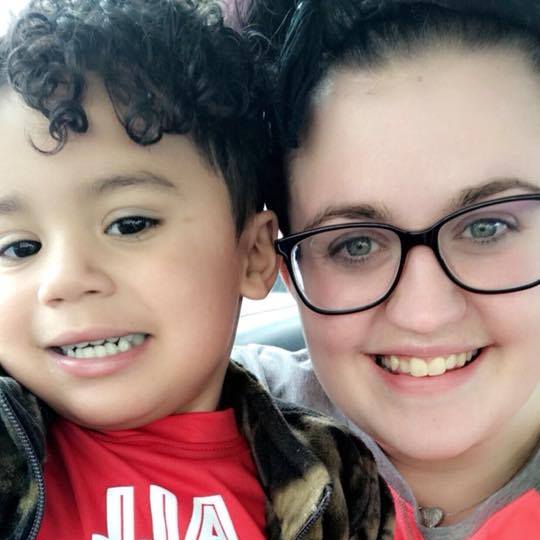 After Leah’s post went viral, we learned that Avery’s grandfather served in the Air Force, and he’s always been a very patriotic child. According to Avery’s dad, Stephen Price, the boy’s leg braces used to be adorned with American flags, too.

“That makes me feel really good, especially [considering] the stuff he’s been through, and the fact that he still wanted to do that, that’s amazing to me,” Stephen said. “He’s a very, very patriotic kid … He’s always been that way.” 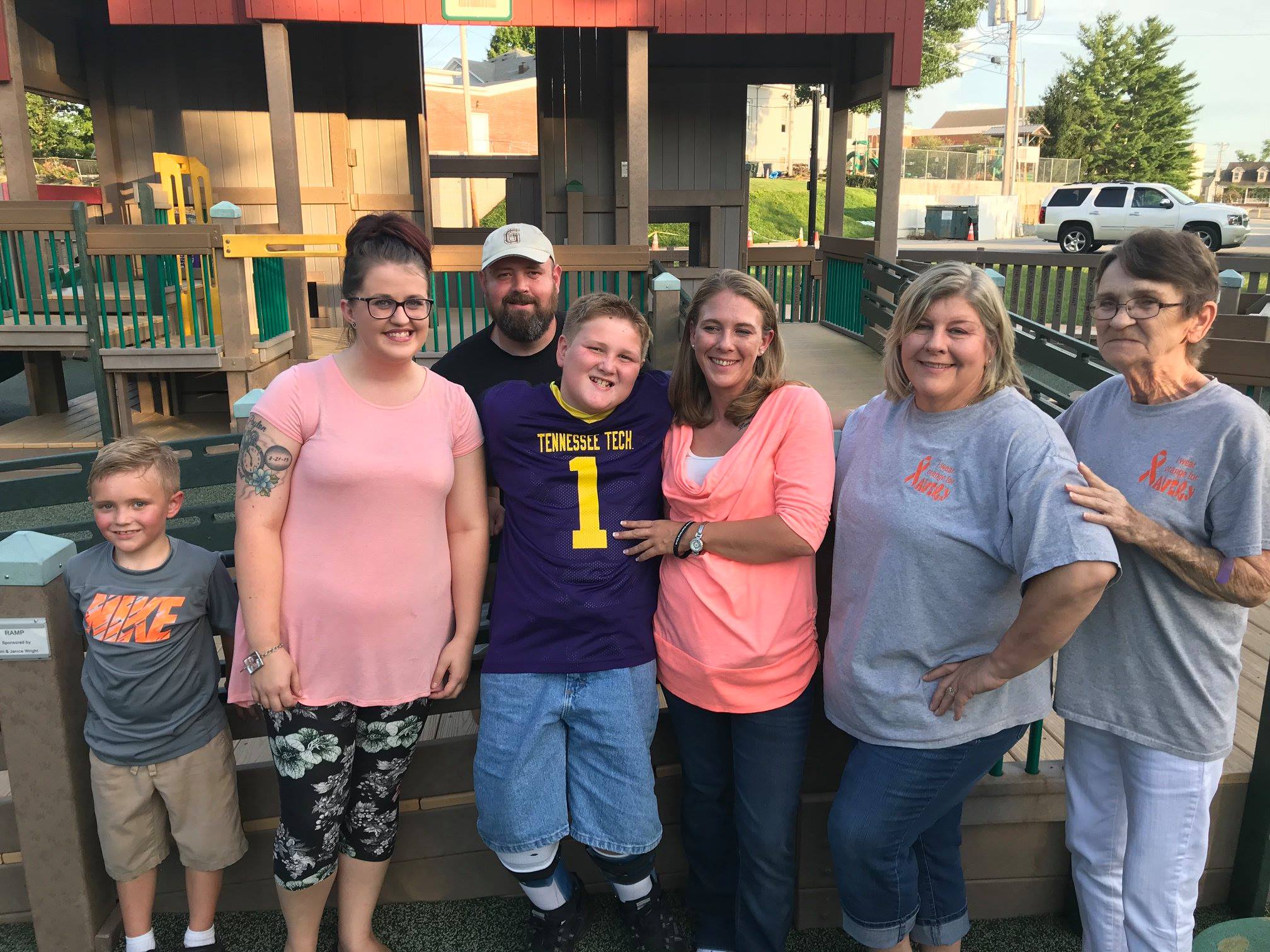 Now, Avery’s patriotism is being praised not just by Leah and his family, but by people all around the internet. Avery’s family was able to meet up with the woman who had brought them viral fame, and Tennessee state representative Ryan Williams delivered a Tennessee State Flag to the boy during lunch at the middle school he attends. 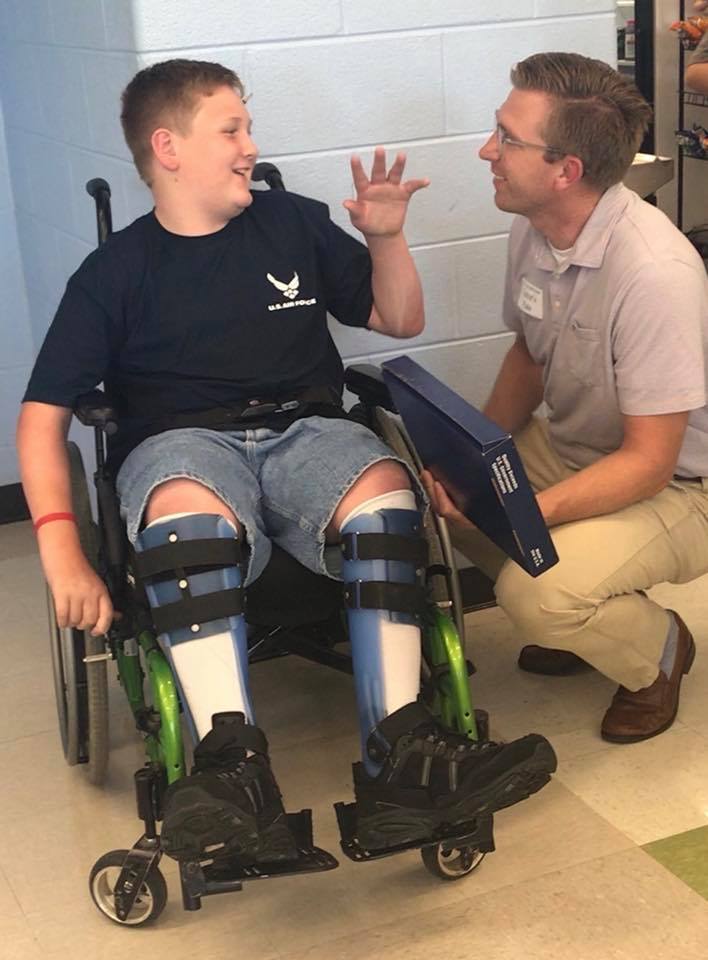 “Received several contacts today regarding this American Patriot, Avery Price. He told me this morning that his grandfather served in the Air Force and that he has always been patriotic. I was able to deliver a TN State Flag to him at lunch today at his school of where he received a standing ovation from the 5th grade class and his teachers.

I have requested the Sergeant at Arms at the Capitol to fly him a flag in his honor. His teachers said that he was one of the best kids at their school and was “always smiling”. The world could use more Avery Prices”

Way to go, Avery! You’re a true inspiration to all Americans. Thank you for standing up for what you believe in, even when doing so isn’t always easy to do.

Watch Avery’s viral moment in the clip below, and don’t forget to share.

One of the most touching things I’ve ever seen tonight! This young man was struggling to stand for the anthem as he had braces on both legs with his Dad patting his back in support of helping him. You may or may not agree and that’s your choice. But this goes to show that If he can stand for his country, so can you. I’m not sure who this boy or his family is, or if it’ll ever reach them again. But his parents are raising a fine young man.