It has been three years since Vanderbilt baseball lost their star pitcher, yet his teammates refuse to let his memory fade.

In 2016 Donny Everett had just finished his freshman year playing for the Vanderbilt Commodores in Nashville, Tennessee. Considered to be one of the top prospects for the 2015 Major League Baseball draft, Donny was a stand-out player who was adored by his coaches, teammates, and fans. 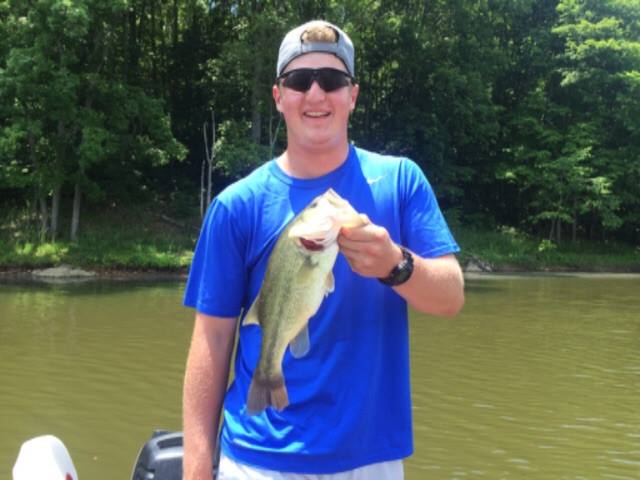 Donny’s life was tragically cut short just days before Vanderbilt University was to enter the 2016 NCAA Division I Baseball Tournament. On June 2nd 2016, Donny went fishing with some teammates and died by accidental drowning. His family and friends were left devastated by his sudden absence, and his team struggled to pick up the pieces.

Donny’s parents, Teddy and Susan Everett, had spent their lives watching their son play baseball. After his death they continued to show their support for the Commodores, traveling to games and staying in close contact with the players and head coach  Tim Corbin. Susan continued to sit with the “Vandy wives” in the stands, finding solace in watching other young men achieve the dream her own son would never have. 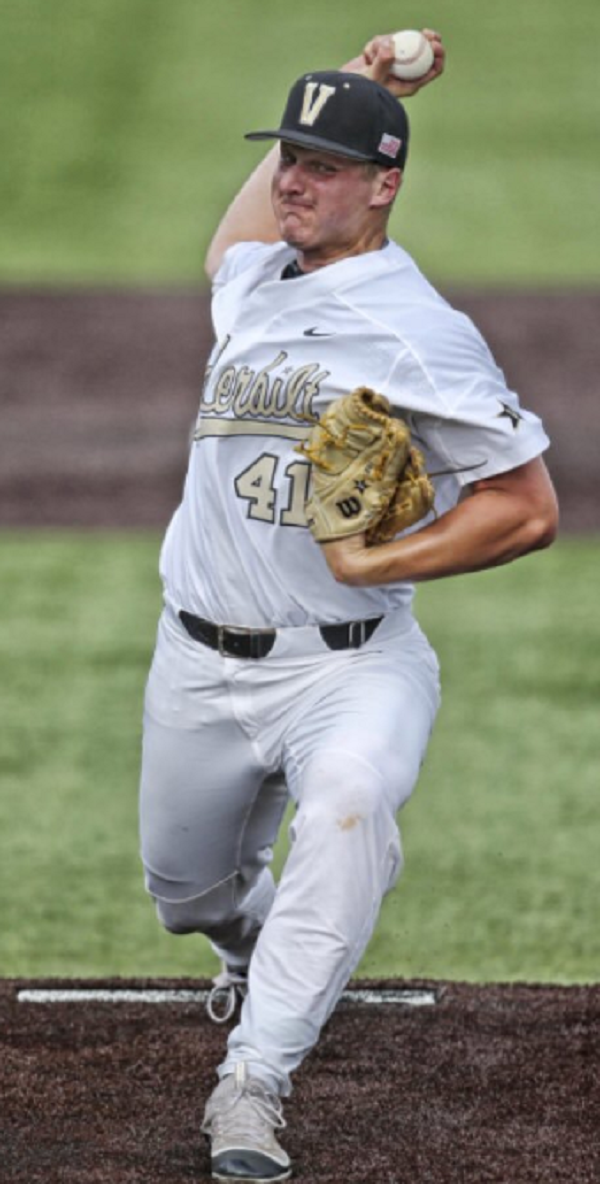 When the team advanced to the national title championship in Omaha, Nebraska in 2019, the Everetts were there to cheer the team on to victory. When Vanderbilt beat Michigan 8-2 to win the championship the entire team erupted in cheers and high-fives, but just seconds later the excitement quickly died out as they began to scan the crowd for the familiar faces of Donny’s parents.

Donny would have been a senior this year, and his teammates have never stopped including him in their organization. Even younger players who had never met him have formed a friendship with Susan and Teddy. In their moment of victory, everyone who wore the Commodores uniform knew they had to find a way to make the Everetts part of it all. 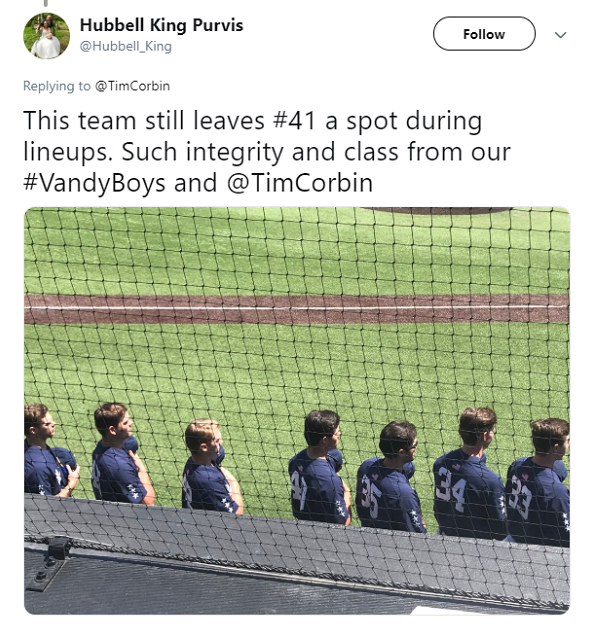 The Everetts stood in the background, thrilled for the team but feeling the loss of Donny more than ever. That’s when the team found them and pulled them onto the field, wrapping them in hugs, celebrating the victory for all Vanderbilt students, both past, present, and future.

There are incredible moments in sports. This is one of them. The Vanderbilt team sharing their celebration with Donny Everett’s family. pic.twitter.com/wH1sFoolwU

“Every time I look at Teddy I think of Donny,” said senior shortstop Ethan Paul. “(It) was something we all really wanted to do. They’re just as much a part of the team as we are.”

Susan said she was overwhelmed that the team sought them out and included them in the celebration. “This,” she said gesturing at her tear-streaked cheeks, “this is joy.” 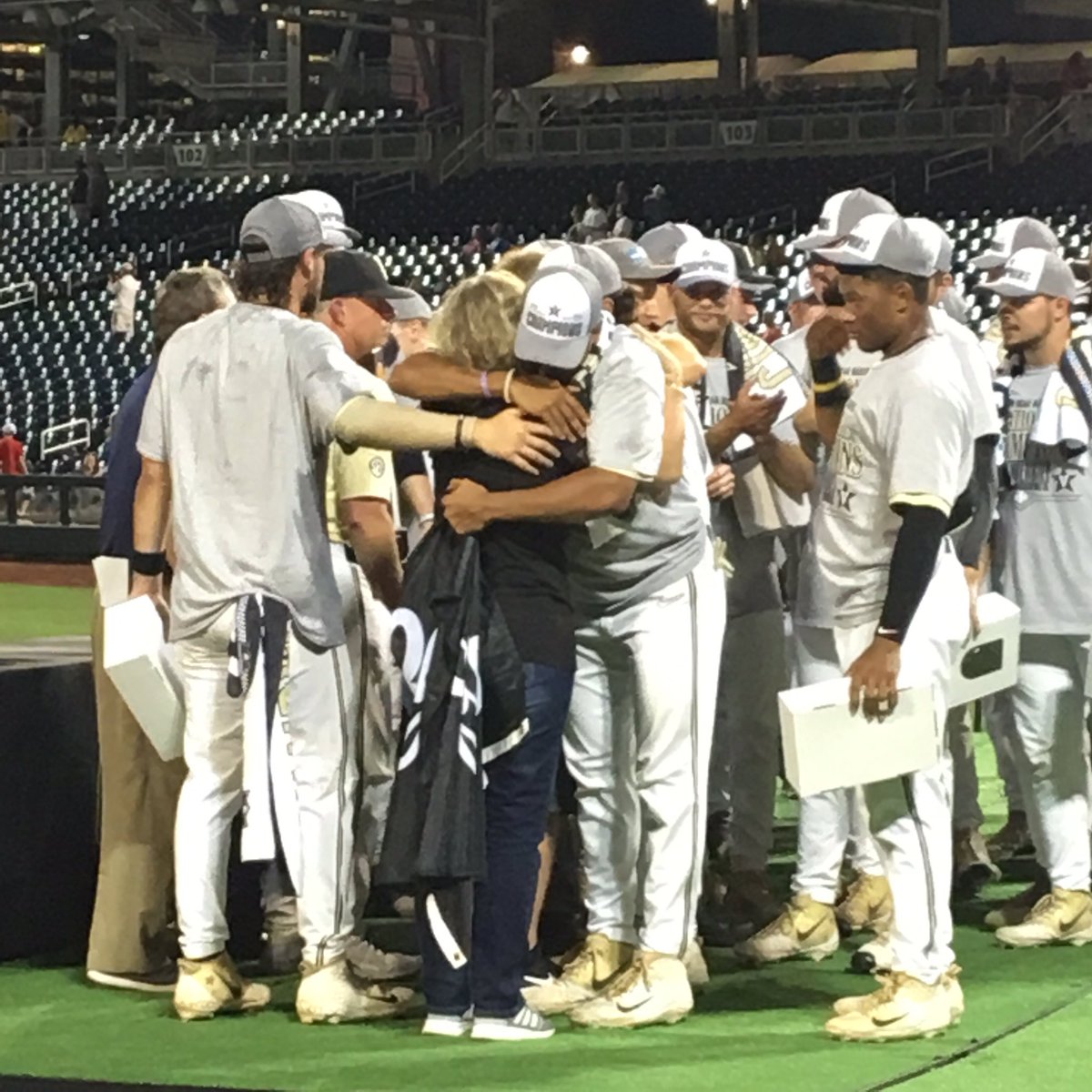 “It felt like pulling a part of Donny up there to join his teammates,” Coach Corbin said.

“I don’t know how to describe it,” Susan said. “It’s just so wonderful because these boys played their hearts out to do this.”

This is the first time the team has made it to the College World Series since Donny’s death.  “We wanted to be here for the boys that started it all with him. It was amazing,” Teddy said, his voice cracking. “I just wish my son was here for it.”

“Ever since the day it happened,” Corbin said, “we’ve made sure that Teddy and Susan have been attached to our kids. With Donny’s team out there – their team out there – I couldn’t stand to see them in the background.” 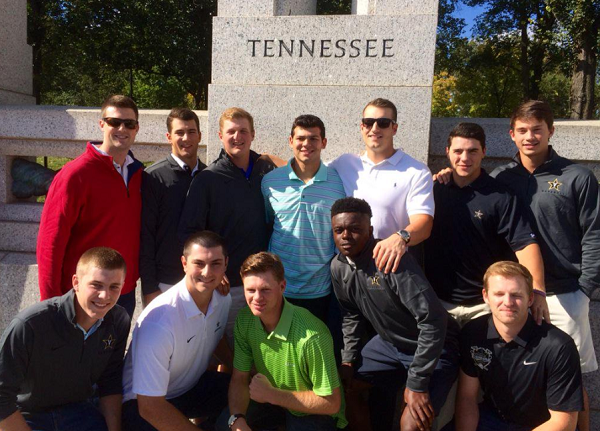 Now that Donny’s original teammates are graduating the Everetts plan to move on as well, but the Vanderbilt family has made it clear that their door is always open. Donny is no doubt smiling down at his team from above as he watches them take home the ultimate trophy, and it must be a comfort to his family to know that at Vanderbilt, his memory will never truly die.

Please share this story to thank the Vanderbilt players for continuing to include their lost player’s parents in this beautiful and meaningful way.