Trinity Arrington has adored her friend, Emily Petty, ever since the two met last year.

The Sadler, Texas teens first became friends when Trinity began spending her lunches in S&S High School’s special education classroom. There, Trinity instantly bonded with Emily, who has Down syndrome. They’ve been close ever since and share a lot in common — including being nominated for homecoming queen this year. 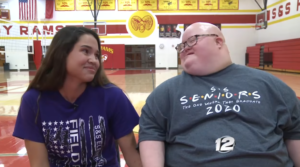 When Trinity’s classmates asked if she was hoping to win, however, she told them to vote for Emily, instead. She knew being in the spotlight would mean the world to her friend.

Trinity ended up winning before the big homecoming game. But in a touching gesture after the announcement, she walked up to Emily, took off her crown, and placed it into her head. There was plenty of room for two queens, after all. They could share the title. 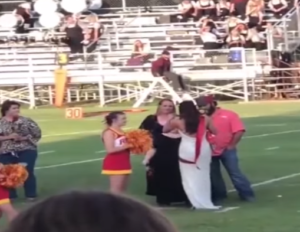 “I decided to give my crown to my sweet friend Emily because she’s always wanted to be a princess. So I decided she deserved it,” Trinity said. 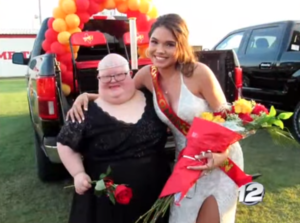 The two say they had a blast holding hands, waving to the crowd, and blowing kisses to their other friends — Emily’s favorite part. As for Trinity’s, it was being able to share the special moment with Emily. 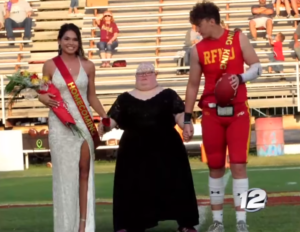 “We got to be it together. I think that was the best part for me,” Trinity said. “She’s always been my queen, she deserved it. It made her happy.”

Emily only needed a few words to express how she felt about Trinity: “I love her. Every day.” 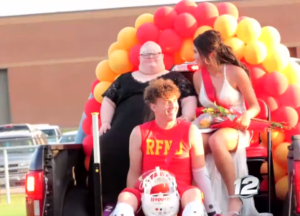 Not only has Trinity been the best friend Emily could ask for, but she’s a wonderful example to her peers. Let’s all find ways to be as kind as Trinity to the people in our lives.

Hear more about what Trinity did for Emily in the video below, and share to celebrate their sweet friendship!

I loved getting to meet these ladies today. Trinity said Emily always wanted to be a princess. So when Trinity's name was announced for Homecoming Queen, she took the crown off her head and placed the jewels on Emily. ❤️ ?S&S High School kxii.com/a?a=561185271