5. “5 Friends Get $10K to Travel US, Spreading Kindness to Strangers” 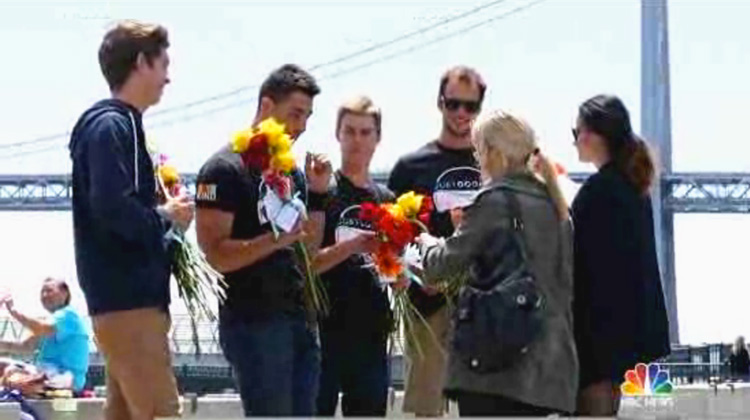 This group of friends work for a non-profit group called ARKprojectNow, which stands for “Acts of Random Kindness.” Alex, Dalton, Jessie and Jake travel around the country in an RV, passing out flowers to strangers — two flowers per person: one for you and one for you to give to someone else. What a genius idea! They’re not only making people happy, but giving them the chance to make someone else smile too. As one of the boys says, “Kindness communicates value, so no matter how small or large an act, whatever it might be, it communicates value to people. And that’s really what we want show through our project: is that we value people and we love people well.” 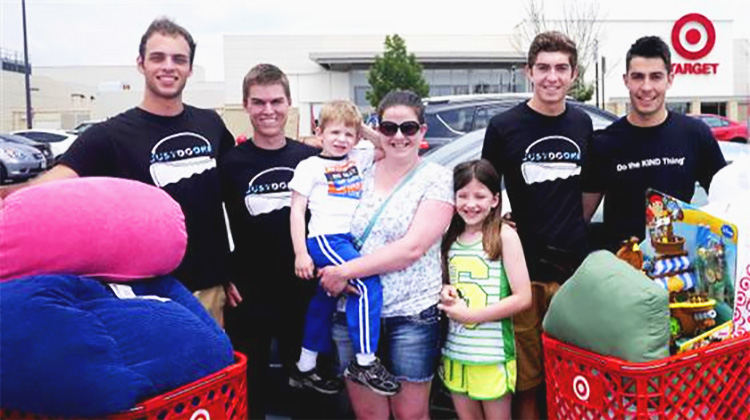 4. “Can Any Animal Be a Therapy Animal?” 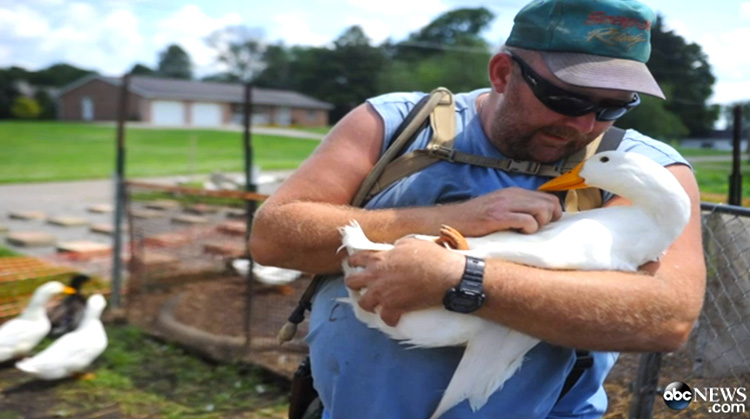 Basically, a man was asked by local authorities to get rid of his therapy ducks. Yes, you read that correctly. Ducks. This Ohio Army vet has 14 ducks that help in his recovery from depression and Post Traumatic Stress Disorder (PTSD). According to ABC News, “…now bunnies, pigs – even llamas – are making their way into the laps and hearts of people with a range of conditions…Therapy pets can include ‘dogs, cats, rabbits, birds, guinea pigs, rats, miniature pigs, llamas, alpacas, horses, donkeys and mini-horses,’ as long as they’re at least a year old and have lived with their owner for six months, according to Pet Partners.” [source]

3. “Instead Of Shutting Down This Streetball Game, These Police Officers Jumped In And Played” 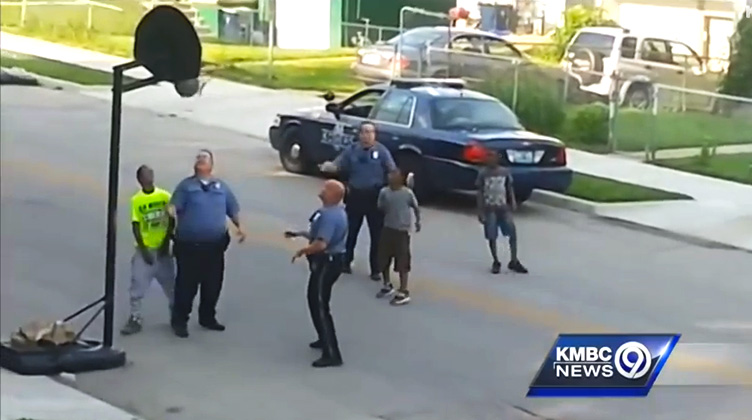 The Kansas City Police Department is getting a lot of positive attention this week as a video of three officers, interacting with local kids, went viral. Instead of breaking up a ‘makeshift’ basketball court located in the middle of the street, three police officers decided to join the game of pick up, and they say that type of encounter is their favorite part of the job. “We do it for the kids; we try to do our best interacting with the kids.” Some say seeing this video has “changed their view on police officers.” 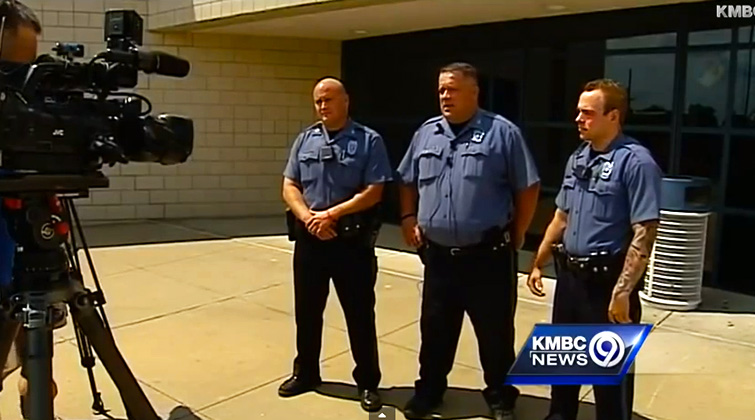 2. “Tween Serves Up a Side of Compassion With Food Program” 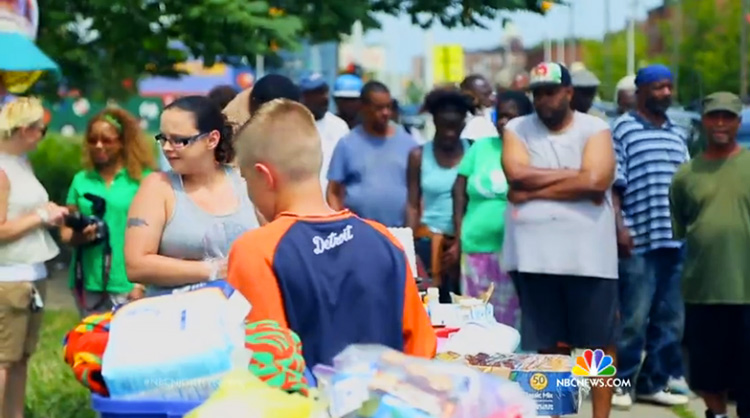 12 year-old Robby Eimers is taking action and making a difference in his community. Every week, Robby goes out on the streets of Detroit and serves food to the homeless. Two years ago, Robby started handing out hats, coats, and food with his grandmother and sister, spending his own allowance to pay for supplies. When asked what motivated him to start helping, Robby answered, “I saw how many homeless people there were, and I just said, ‘we gotta go start doing this.’ Now we go every single saturday.” 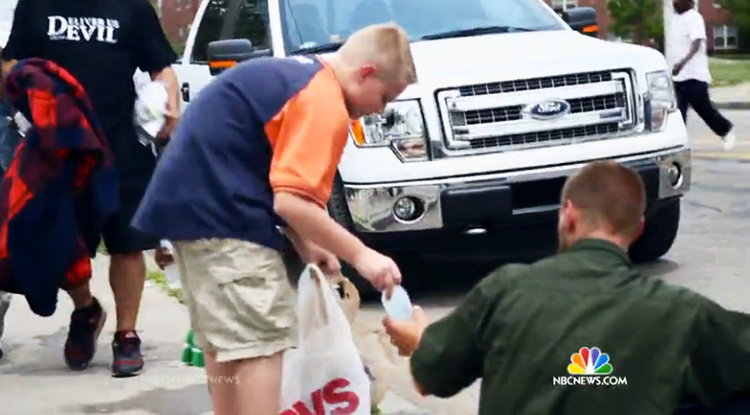 Once Robby saw that he was truly helping people and making a difference, he stepped it up a notch. He and the rest of the volunteers now host meals so large that they end up serving around 100 people each week, and Robby can’t see himself ever stopping. “I do this because I see these people need help. And because, they’re my friends….It makes me feel good and happy to see all these people, to get involved, and start helping.” Robby and his sister also started the Eimers Foundation – Sharing Is Caring in “an effort to help my homeless friends of Detroit, and to someday end all homelessness.” 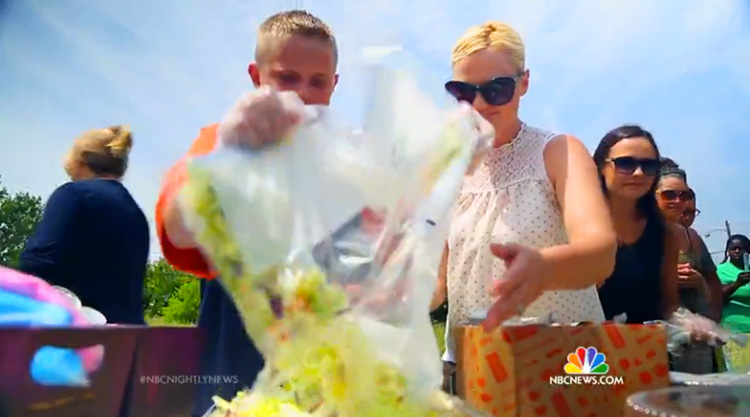 Robby asks this question to anyone listening: “How would you feel if you were in their shoes? If you were them, you’d want somebody to help you.” That thought comes from a pure heart and from an honest place of compassion, empathy and love. We can all learn a lot from this 12 year-old about being selfless and having a loving attitude.

As one of Robby’s recipients says, “In these days, anything can happen. So open up your heart like that young boy did.” 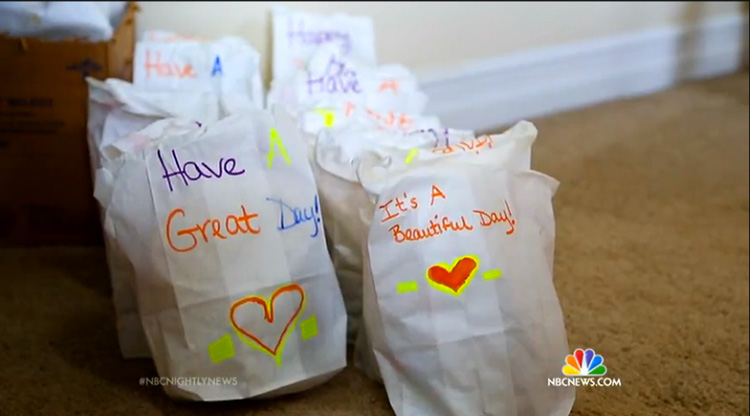 1. “3 Young Cancer Fighters From Powerful Viral Photo Are Now All Cancer-Free Or In Remission” 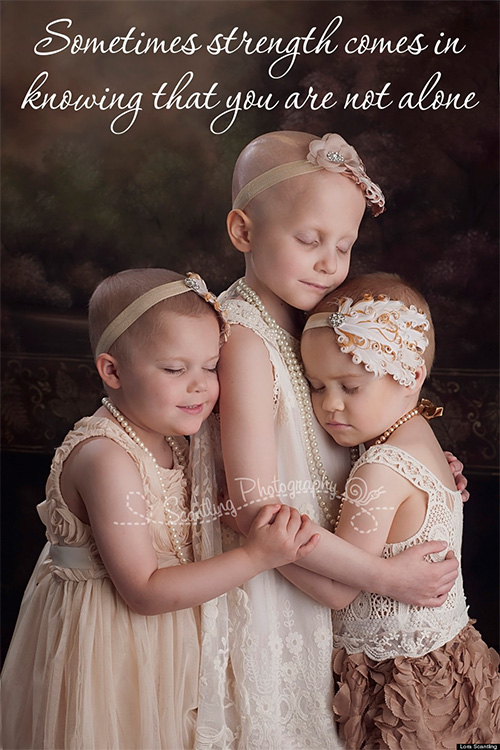 Earlier this year, Oklahoma-based photographer, Lora Scantling took a photo of three young girls with the goal of raising awareness for childhood cancer. “When [the photo] was taken four months ago, Rylie, on the far left, had just beaten stage five kidney cancer, Rheann, in the middle, had brain cancer and Ainsley, on the right, was in remission from leukemia.” [source] The girls (L to R) are ages 3, 6, and 4. The girls, who had never met before, formed an immediate bond and are now close friends.

Lora must have been extremely pleased after the photo was published because not only did she help these young girls find people their own age going through the same struggles, but she also accomplished her goal of spreading awareness when the photo went viral. The photo reads “Sometimes strength comes in knowing that you’re not alone.” Now, because of that photo and the message behind it, girls like Rylie, Rheann, and Ainsley can know that they’re not alone in their struggles and have hope after hearing the stories of the each of the three girls. They can find hope all three girls are cancer-free or in remission. According to Rheann’s Facebook page, Fight Like A Princess, as of her last MRI on July 2nd, she’s still cancer-free.