Someday in the future, life as Lorenzo Andrade-Cruz knows it will change forever.

The brave 8-year-old of North Carolina has come to terms with his ALD (adrenoleukodystrophy), a rare terminal illness that causes brain function to deteriorate over time. There is no cure. 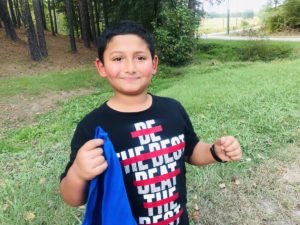 While Lorenzo hasn’t shown any symptoms yet, he’s familiar with them. “You stop walking,” he said. “You stop chewing. And you stop talking.” He saw these play out in his two older brothers, 11-year-old Jonathan and 15-year-old Christian, who both had ALD. They passed away within two years of each other.

Now their heartbroken mother Noborina is determined to give Lorenzo the best life she can before the disease takes hold. That’s why she was ready to fight to make Lorenzo’s dream of having his own treehouse come true. 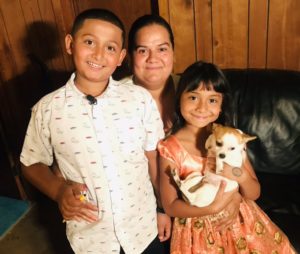 By some incredible stroke of luck, Lorenzo’s story caught the attention of the person who could make it happen. Jamie Ward, founder of the Pennsylvania-based nonprofit Jamie’s Dream Team, heard about Lorenzo from a nurse. Despite being in another state, Jamie reached out to Noborina and quickly started gathering donations and rallying volunteers. 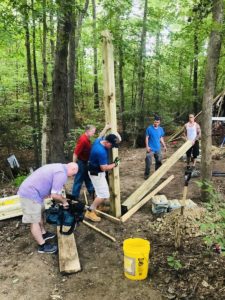 “Lorenzo was so sweet,” Jamie told ABC News. “He said, ‘I wont be able to walk or talk, but I would love a treehouse,’ so he knows what’s going to happen to him, and it tore me to pieces.” 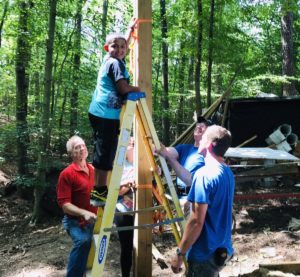 Nelson’s Treehouse and Supply, a local business, donated all the building materials they would need — and even sent someone to help design the structure based off Lorenzo’s drawing. Another organization called Treehouse Masters also pitched in equipment, and volunteers gathered from places like the Durham Fire Department.

Once everything came together, they got to work! 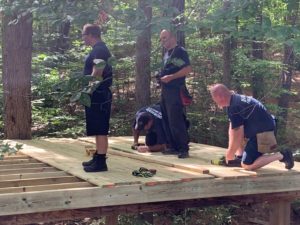 The treehouse was finished in less than a month! The awesome structure came with a wheelchair-accessible ramp, a Spider-Man interior, a bunk bed, iPads, an Xbox 360, and a TV.

“We positioned it strategically to make sure that the deck was facing the woods, things like that,” said Steve Smith, a volunteer from Pittsboro who also lost a son. “Once he does come in and he shuts the door, he pretty much is in his own world out here. It’s really a powerful thing.” 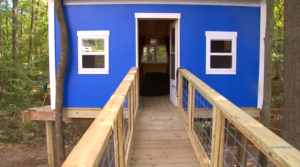 Lorenzo’s reaction was summed up in a single word: “Yay!” He and his younger sister Gloria couldn’t be more thrilled with the cozy new space.

“It makes me feel so good to be able to do this for [Lorenzo] and to see the community come up,” Jamie said. “We even had veterans at Fort Bragg come from three hours away to help. It was unbelievable.” 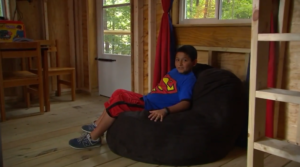 When people team up to help others, it’s incredible what they can accomplish! And it means the world to everyone whose lives they touch — especially to this little boy who dreamed of having his own treehouse.

Share this story as a testament to the power of community.

Man Saves Baby Coyote From Drowning And Takes Him On 10-Day Rafting Adventure.

When a man named Justin set out on a rafting adventure down the Red Deer and South Saskatchewan Rivers in Canada, he thought he was embarking on a solo mission....