Time and time again, we have seen people with Down syndrome show they are more than capable of accomplishing great things in life.

At age 59, Ricky Hull has become a fixture around his hometown of Avon, Indiana. He can often be found walking and chatting with anyone he meets or working at his job. But recently, he’s risen to new heights because of his devotion to the annual Down Syndrome Indiana Buddy Walk. 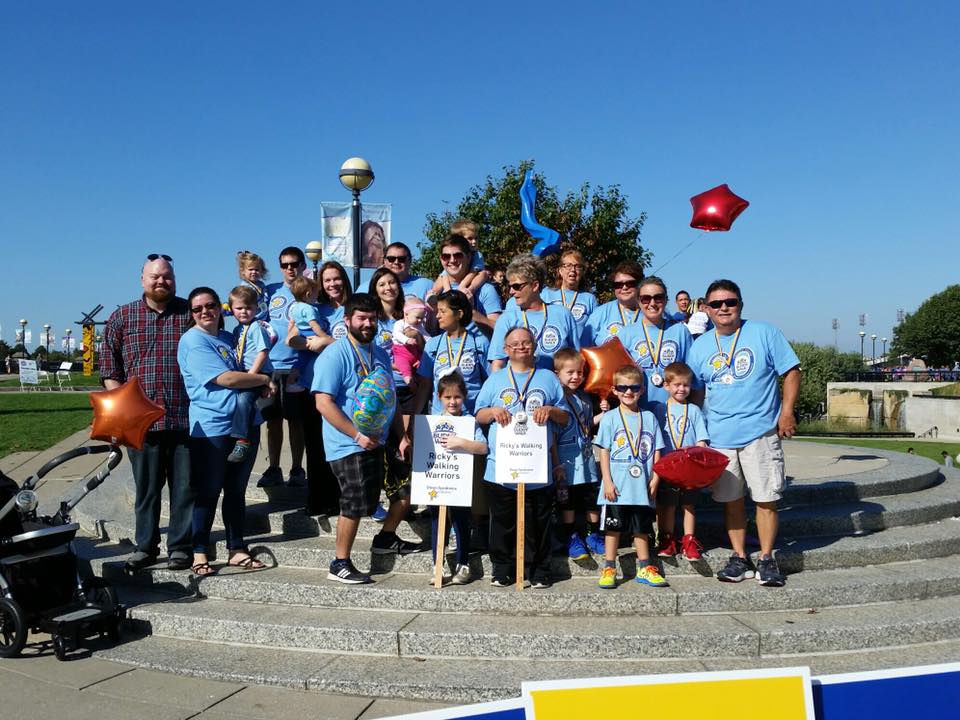 His efforts are nothing new. Every year, he forms a team called Ricky’s Walking Warriors to raise money for Down syndrome research and support. It’s a mission that is incredibly important to him — and to his family.

So for World Down Syndrome Day this year, Ricky decided to do something special for the town’s law enforcement. Ricky loves the police officers at the Avon Police Department, so with his sister Cheryl’s help, he used some of his own money to buy them donuts. 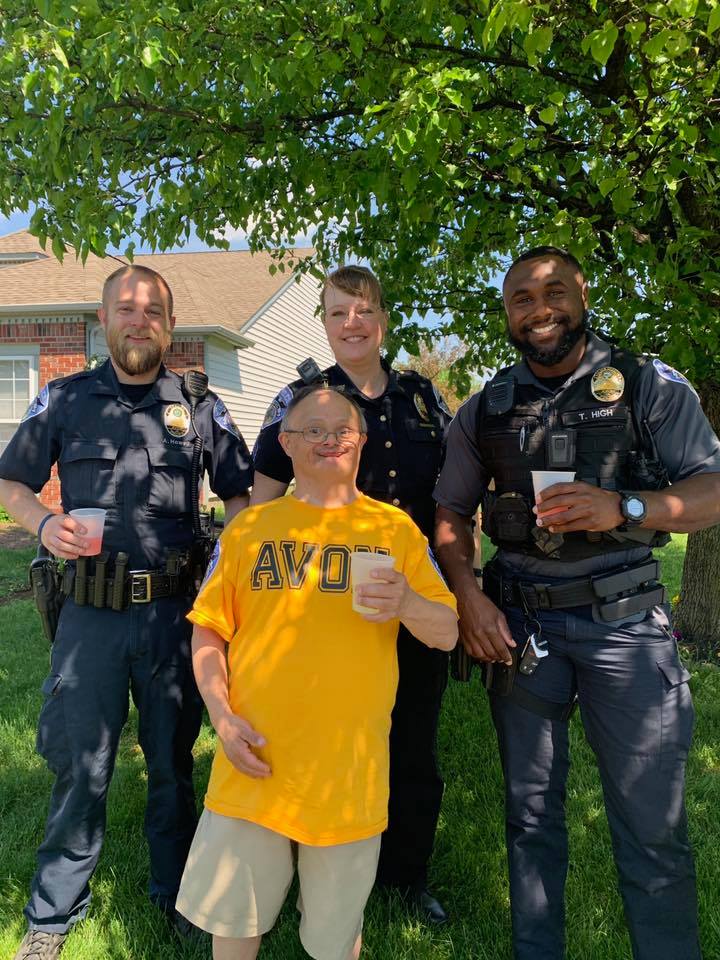 During their visit, Ricky told the officers about his hopes to raise money for the Buddy Walk. He’d set his goal at a modest $590. But Sean Stoops, the department’s chief, said everyone was so delighted by Ricky’s visit that they couldn’t stop thinking about his mission.

“He’s kind of irresistible,” Stoops said.  “When he left, we just kinda started thinking about it a little bit and tried to figure out some way we could help Ricky reach his goal this year.” 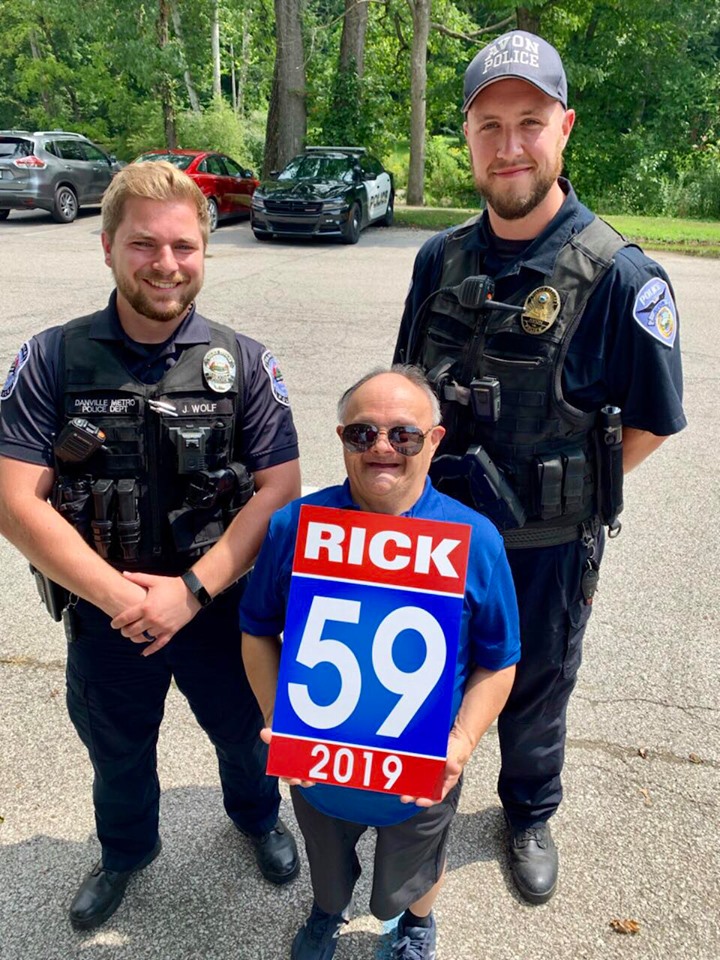 And they certainly came through! Cheryl received an email the next day that said Ricky’s Walking Warriors had received a donation from the Avon Police Department for more than $700! Encouraged, Ricky set his sights even higher with a new fundraising goal of $5,000!

After local news station FOX59 caught wind of the special relationship between Ricky and the Avon police, they did a story on his charitable efforts. Soon Down Syndrome Indiana stepped in with an incredible offer: They wanted to put Ricky’s face on a billboard to advertise the walk!

Ricky threw himself into raising money, hosting a lemonade stand that the police attended while increasing his other efforts. A few weeks later, he reached his goal — and Down Syndrome Indiana put his grinning face on the billboard for everyone to see!

Ricky’s friends at the police department and Fox 59 were there to witness Ricky’s humongous smile when he saw his billboard for the very first time. He’s such a wonderful spokesperson for his cause, so it meant the world to him and the people who love him to receive some validation.

The moment was especially touching for Cheryl, who remembers that when her brother was born in the 1960s, Ricky was completely dismissed. “The doctors just told my parents to put him in an institution, and just forget about him,” she said. Cheryl could tell them a thing or two about the lives Ricky has touched since that day.

“Everyone can see him and celebrate him now,” Cheryl said with tears in her eyes. “There is just so much that kids or adults are capable of doing that maybe they’ve been told that they’re not capable of.” 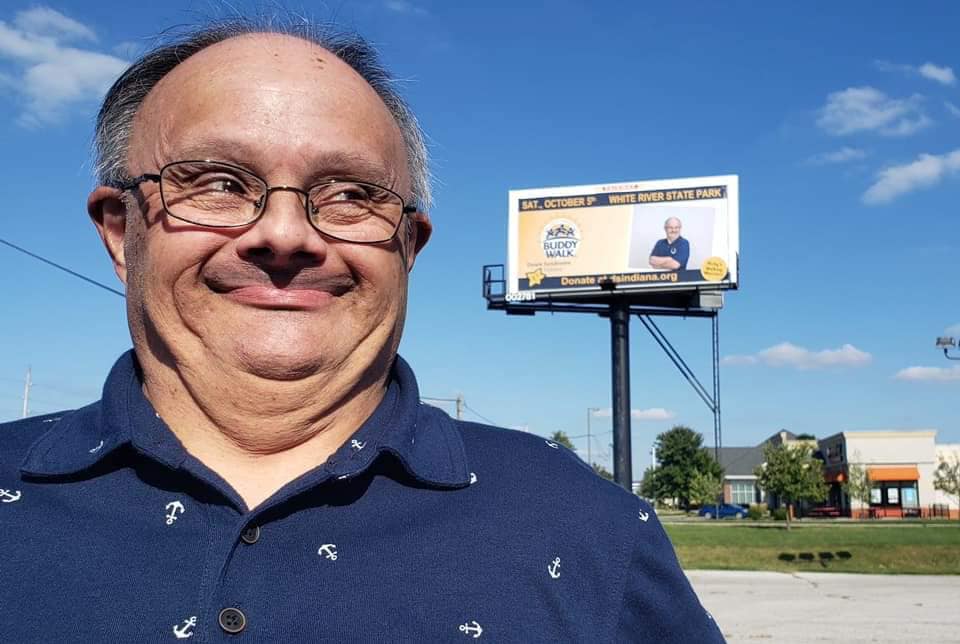 It’s fabulous to know there are people like Ricky out there who truly appreciate and support law enforcement, and the way the department reciprocated his kindness puts a tear in our eye. This is what happens when communities come together with love and respect for all.

Share this story to wish Ricky and his Walking Warriors the best of luck at the annual Buddy Walk in October!