The night of May 22nd, the world was shaken with a crushing act of terrorism in Manchester, England. The bombing hit an Ariana Grande concert– a concert attended by a fan base of mainly teen and pre-teen girls.

While nothing can ever be done to bring back the lives lost that night, Ariana Grande teamed up this weekend with some of music’s biggest stars– Katy Perry, Justin Bieber, Miley Cyrus, Coldplay, and many more– to prove that we will not be ruled by fear.

The superstars teamed together to throw an epic benefit concert for the victims of the bombing; they called it “One Love Manchester.”

Very moving- fans of @ArianaGrande who were injured at her Manchester Arena concert have just been applauded in to #OneLoveManchester pic.twitter.com/5Mm6Ca40LO

While some may think the concert too dangerous to attend, the response to Ariana’s benefit concert was overwhelming. Over 50 thousand people attended, and in one night concert-goers raised 2.3 million pounds (the equivalent of nearly $3 million) for the We Love Manchester Emergency Fund. The Fund has now reached almost 10 million pounds.

We’ve raised an incredible £2.35 MILLION during #OneLoveManchester!
Thank you so much for your donations. https://t.co/a43mYUP58P pic.twitter.com/JeV1yl2d0L

The night was full of emotional moments and powerful speeches, but one of the most touching moments by far was Ariana’s performance of the Wizard of Oz classic, “Somewhere Over The Rainbow.” 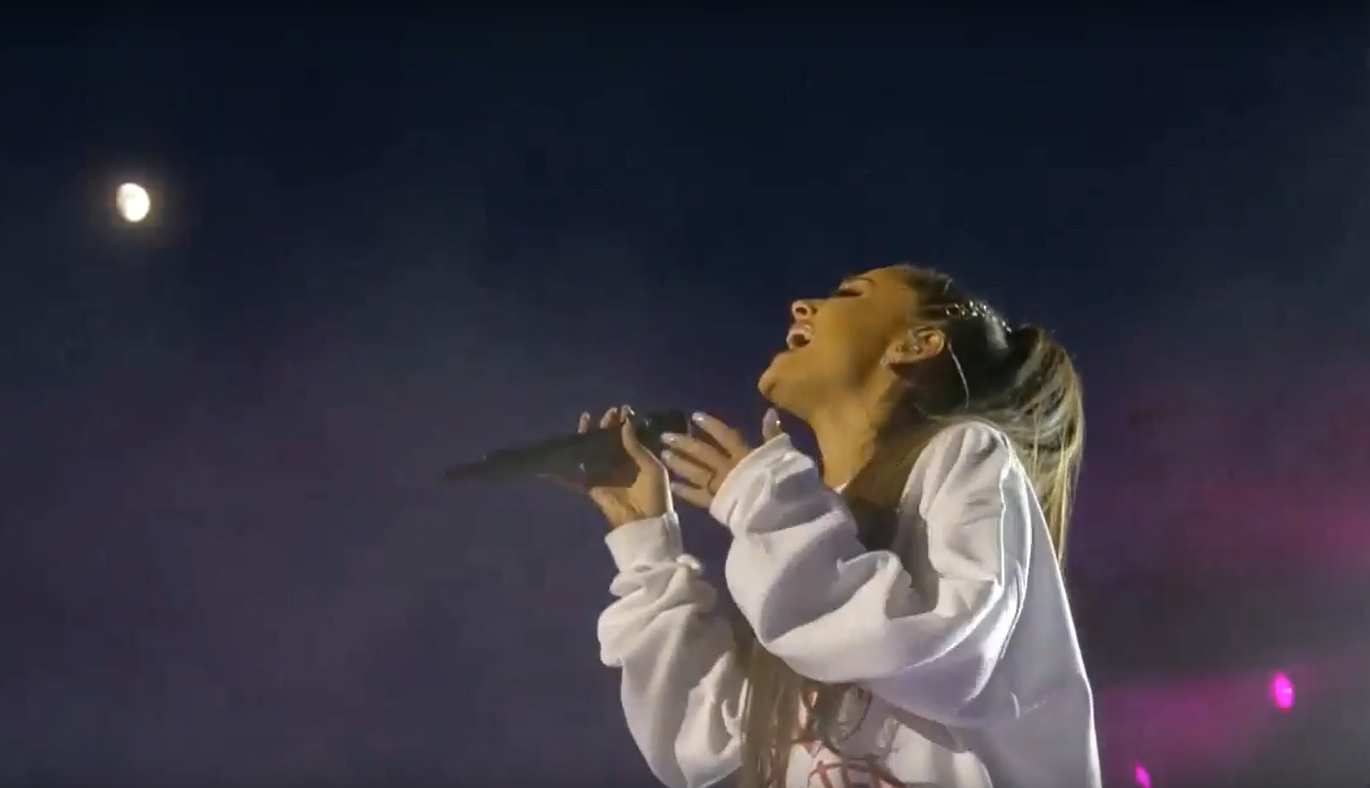 From the very start, it’s clear Ariana is emotional. The crowd of screaming fans falls silent as she begins the song, but– as the lyrics begin to sink it– more and more concert-goers find themselves wiping away tears.

And for good reason. The lyrics have never been as poignant as they are in this moment. 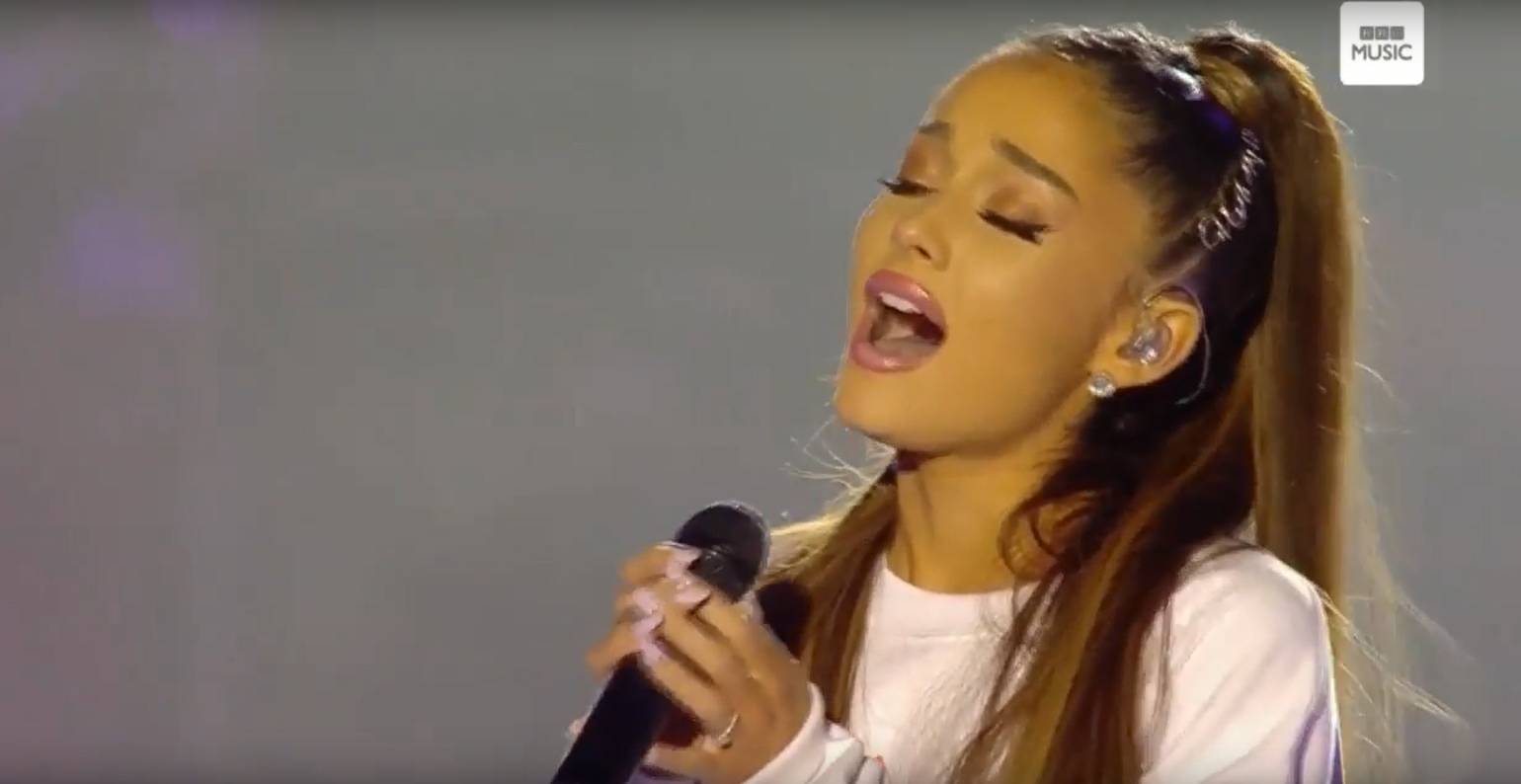 Part-way through the song, Ariana breaks down in a sob and the crowd screams, showing their love and support. It’s a beautiful picture of unity. Everyone mourning together, but sharing love with each other. 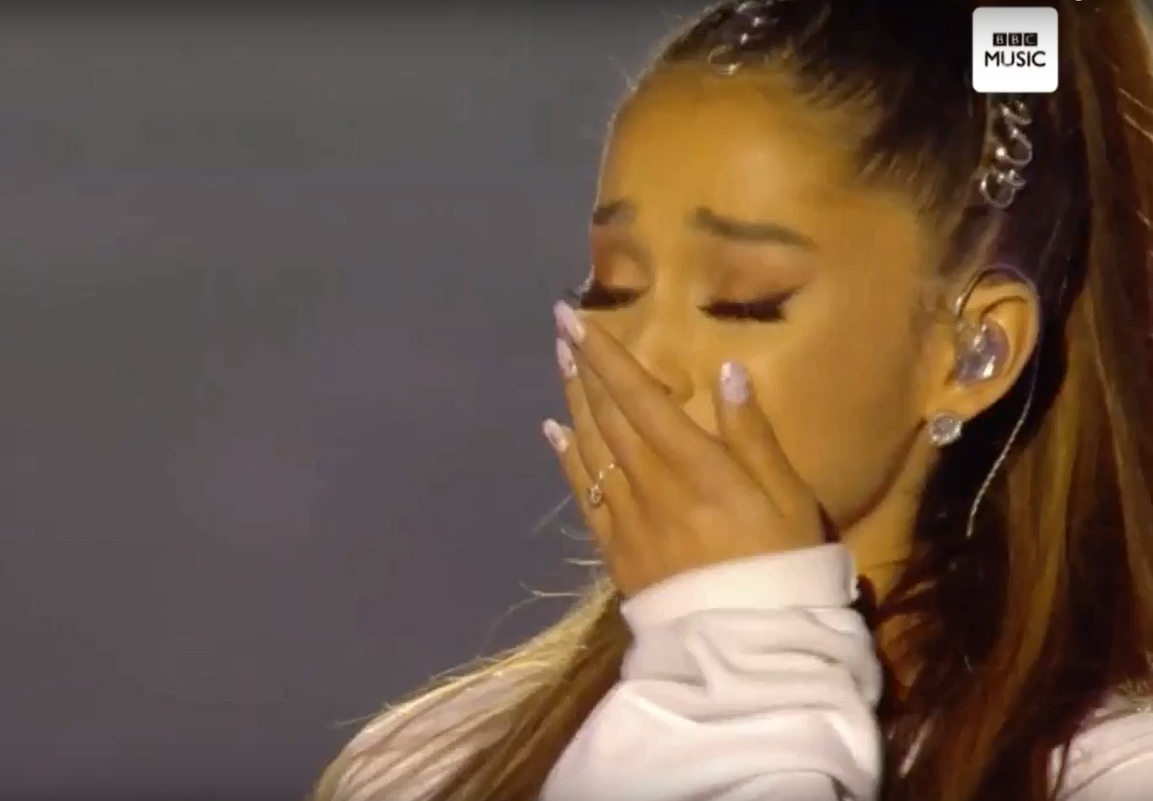 Watch the moving performance below, and share this song of hope.