But it’s also known as Sato Beach because that’s where volunteers with a local animal welfare group, The Sato Organization, go to rescue the abandoned pups and bring them to safety. In 2013, they found four 12-week-old Weimaraner puppies, all of whom started showing signs of distemper shortly after arriving in the United States. 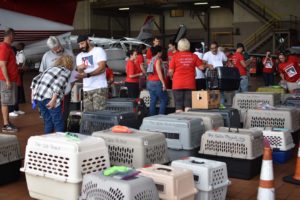 The rescue group named one of the puppies Murray but sadly, the virus, which is almost always fatal, had already taken the lives of two of his siblings. Murray was in such bad condition that a vet decided euthanasia would be the most humane thing to do for him…

But as he sat on the table, watching her prepare the needle, “he wagged his tail … and she couldn’t do it,” said Christina Beckles, the organization’s founder and president. 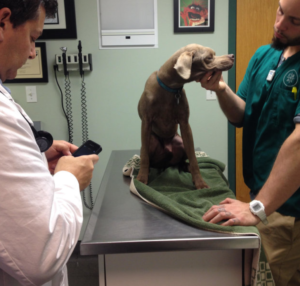 After that, they began treating the sweet pup that refused to give up and fortunately, Murray responded to treatment! The virus made a permanent mark, though, leaving him with a disfigured skull and facial features and rotten teeth that had to be pulled.

But his oddly shaped features and long, lolling tongue didn’t dissuade Mackenzie Gallant and her family from falling in love with him! 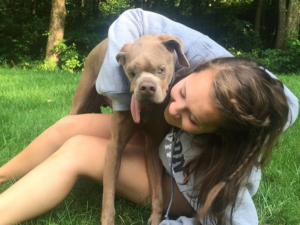 In fact, his unique features only added to his appeal, and after fostering the little pup for about a month, they officially adopted him.

The signature tongue out is just the cutest thing, and his crooked features, if you look at his face closely you notice his ears aren’t aligned right on his head. His quirks make him even cuter and more special. 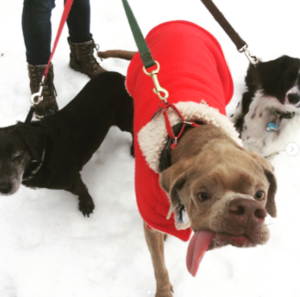 Although the family also has two other rescue dogs and a cat, Mackenzie and Murray developed an especially close bond, one that has cemented over the years of cuddles, playtime, and countless walks!

Mackenzie left for college in 2016, but sees and talks to Murray regularly on Facetime, and of course, spends all her spare time on trips back home taking him and his siblings on hikes. 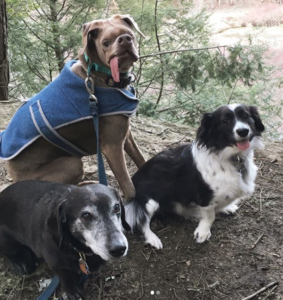 Murray obviously doesn’t know he’s any different from his siblings — or any other dog, for that matter — and he’s so fortunate to have ended up with a family that looked beyond the surface and saw the sweet soul inside! 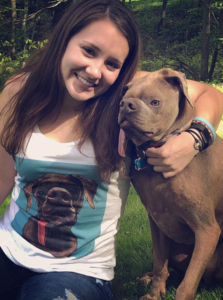 Murray and his family are now using his internet fame to promote and raise awareness about several issues that are close to his heart: The Sato Project, rescue dogs, distemper, and acceptance — no matter what you look like.

Watch the video below to hear more about this incredible rags-to-riches story, and share to help him spread the word!

Rescue Dog With Signature Look Is Always So Happy

This dog doesn't look like ANYONE else — and when his family started fostering him, they knew that no one else would love him as much as they did ?