Teachers are the real heroes of everyday life. They’re the ones who nurture the growth of curiosity and the desire to broaden our knowledge.

And now, more than even, students are stepping up their game to give back and show their appreciation. Take the teenagers who just made their teacher’s Broadway dreams come true. 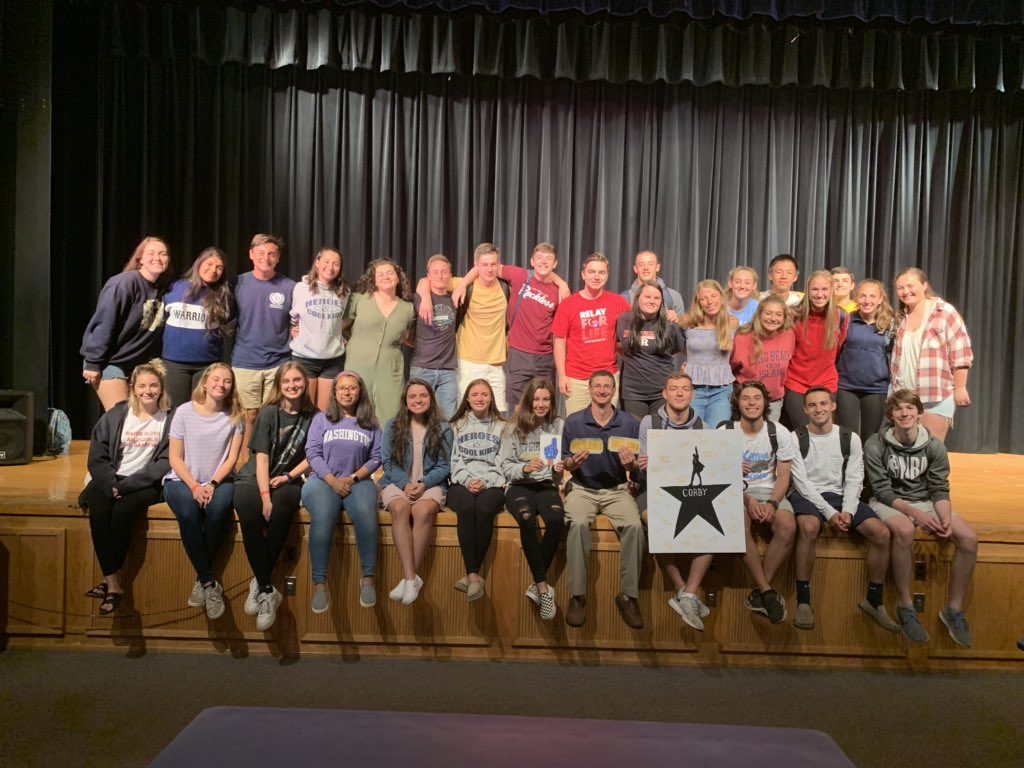 Tom Corby teaches history at a small town New Jersey high school. He’s also a Lin-Manuel Miranda superfan, and as such, has been dying to see the award-winning playwright’s hit musical, “Hamilton.” In fact, one of his students, Hanna, says he’s been entering the musical’s lottery every day for years. He hasn’t won tickets yet, though — which gave his class an idea.

As you’d imagine, Hamilton tickets are quite expensive. But the cost isn’t so bad if a bunch of people chip in. And that’s exactly what Mr. Corby’s students did, getting two tickets to surprise their beloved teacher with at the end of the year. One student recorded as Tom opened a card from the class and noticed the tickets tucked inside. 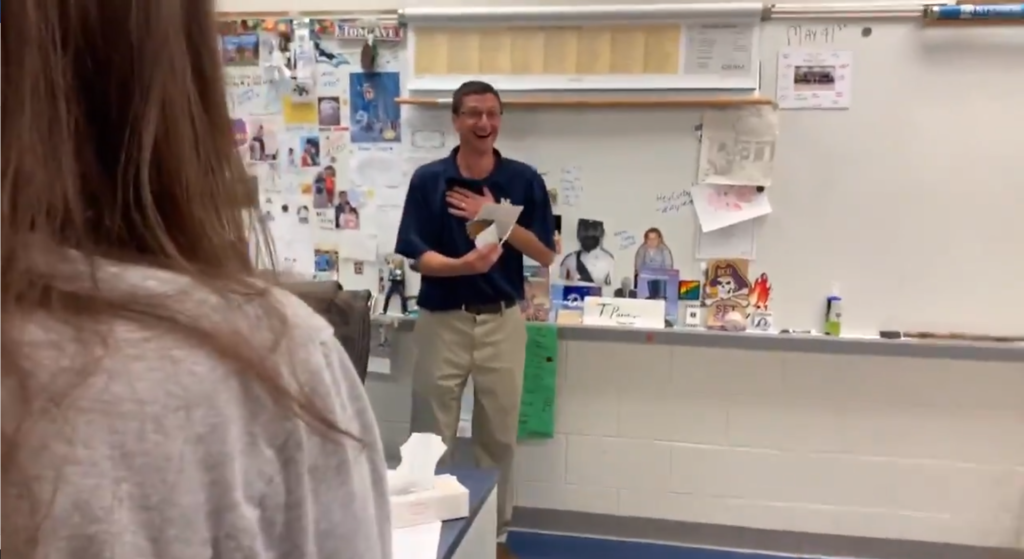 “You won the lottery!” one student joked as a permanent grin etched itself upon Tom’s face. He was so taken aback it was all he could to do smile, tell his students they’re “awesome,” and stare, open-mouthed. As he learned, the sweet teenagers had thought of everything.

“We talked to your wife, the date is clear,” one of them assured Tom, who nearly broke down in tears over the thoughtful gift. The moment called for a big group hug. 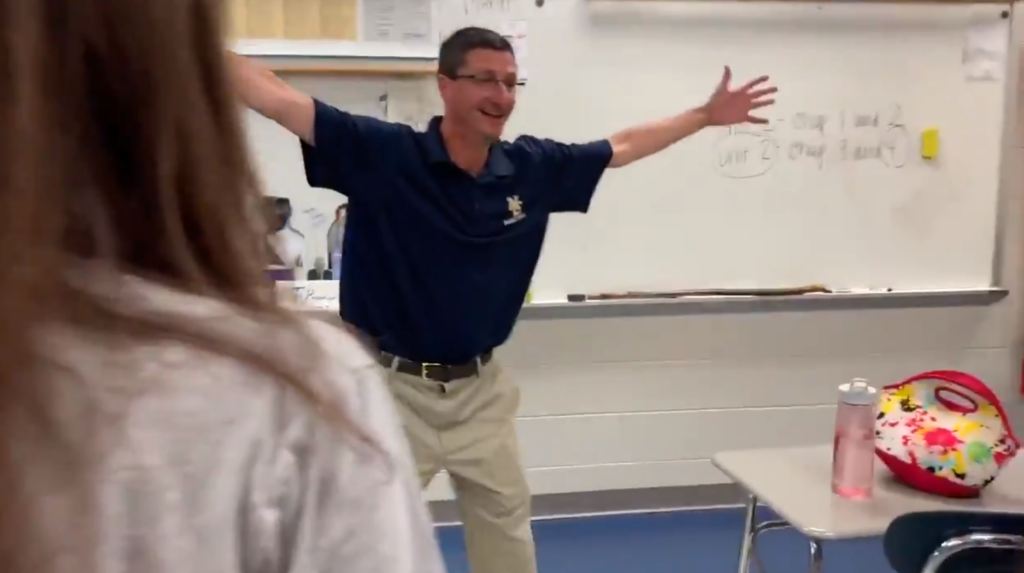 Now Mr. Corby’s students say the only thing that would make their gift better is to catch the attention of Miranda himself. Though even if they don’t, something tells us Tom would be just as content. 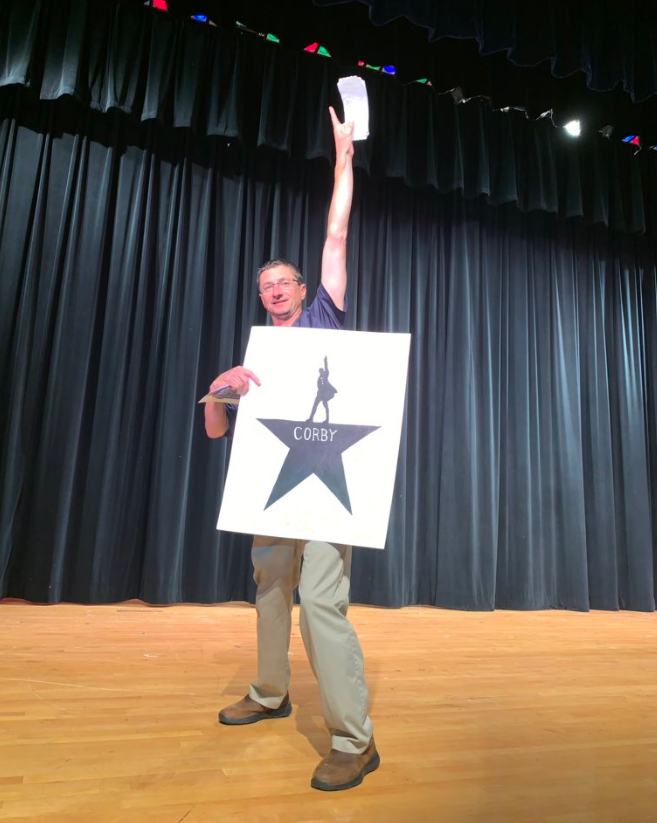 With people of tomorrow as thoughtful as these teens, the future is definitely looking bright! This has got to be one of the most rewarding moments of Mr. Corby’s teaching career.

Watch as Tom finally “wins” the Hamilton lottery with his students’ help in the clip below, and share to spread the love for all the amazing teachers out there.

Our history teacher Mr. Corby has entered the @HamiltonMusical lottery everyday for the past few years without luck so our class pitched in to get him tickets to see the show. He is super excited!!! @Lin_Manuel pic.twitter.com/LFBnDyZv36