Merick “MJ” Williams Jr. of Louisiana was born a fighter.

His mom, Kayla Nichols, was just 23 weeks along when she gave birth, and doctors thought her 1-pound, 4-ounce infant might not survive. But MJ beat the odds — and has leaped over every hurdle life has sent his way since! 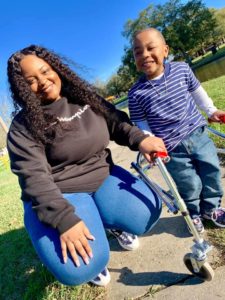 Because MJ has cerebral palsy, he’s spent most of his life using a walker, but that hasn’t stopped him from playing sports. He even scored a touchdown in 2018 with help from his little league football coach, Jamar Martin. The video went viral and inspired thousands.

“I’ve coached a lot of Hawks, but I’ve never coached a warrior until MJ,” Jamar said. “It’s just so great to have someone as special as MJ on my team.”

This December, the 5-year-old faced his biggest challenge yet: tendon releasing surgery. While his recovery hasn’t been easy, he knows it will be worth it to have more motion.

“He’s been working so hard,” Kayla said. “It’s been tough on him with the progress, but I make sure he’s going to physical therapy and practicing almost every day at home to get better at walking.” 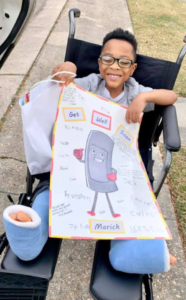 And he has! In February, Kayla shared a video of her son’s victory with the world, and it’s beautiful.

In it, we see MJ leave his walker behind! Slowly but surely, the little boy puts one foot in front of the other, and the farther he gets, the more his confidence grows. Kayla even has to remind him to slow down! 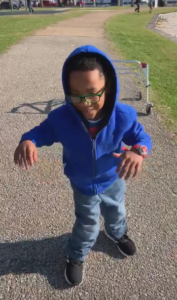 “We been through a lot to even get to this point. Never gave up on him, even when times did get rough, and I never will,” Kayla wrote. “I’m so blessed to be your mom, and I wouldn’t change it for anything!”

Now MJ is looking forward to playing baseball in the spring. After that, the sky’s the limit! 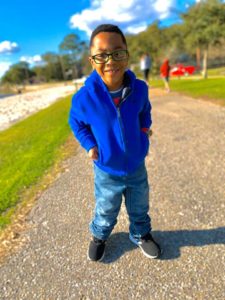 Time and time again, MJ has proven that nothing can hold him back. We can’t wait to see what he’ll accomplish next!

Watch MJ take his first steps in the video below, and share this story to celebrate his progress.