Every year when the holidays roll around, many children beg their parents for a trip to the mall, eager to meet Santa Claus.

It’s an annual tradition for many, and one Baiz Weerts has wanted to participate in it since he was 2. But one crippling issue has always held the now-8-year-old back: fear. 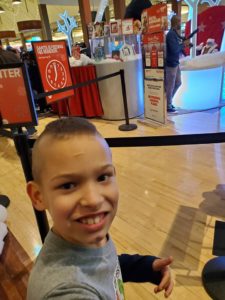 The Illinois second-grader has autism as well as an anxiety disorder called selective mutism. He has no trouble speaking at home, but he often shuts down in social situations. So despite trying to meet Santa over the last six years, he hasn’t been able to.

“Baiz asks to go to the mall almost every weekend. He’s like ‘I’m gonna do it this time!’ But as soon as we get there, he freezes,” his mother, Sheila Seelye said. “So, we sit and watch from afar while he works through his feelings.”

But a recent visit to the Gurnee Mills Shopping Center ended much differently for the little boy. Baiz’s twin sister Layna wanted to meet Santa, so Sheila took both of them the weekend before Thanksgiving. Unfortunately, Baiz couldn’t bring himself to follow his sister as she ran up to Saint Nicholas. Frustrated, Baiz climbed into a shopping cart and cried. Santa himself noticed and came right over after meeting with Layna. 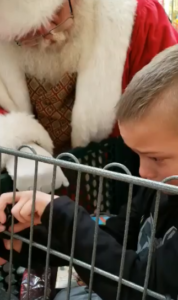 Sheila watched, amazed as Santa did and said all the right things. He stroked Baiz’s hair, reassured him that everything was fine, and gave him a sticker. 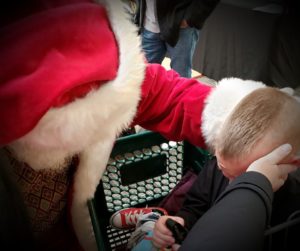 “He kept telling him, ‘You’re OK buddy. You’re gonna be OK,'” Sheila said. “He knew just what Baiz needed in that moment. I’ve never seen him so happy.” 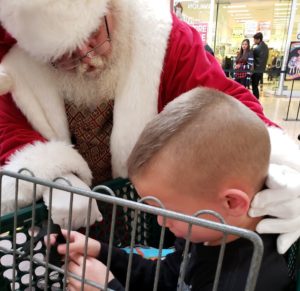 The day started out rough for Baiz, but later on, he told Sheila, “I believe that was the real Santa mommy, I feel it in my soul.” He certainly has a heart as kind as the big man.

Watch as Baiz finally meets Santa in the video below, and share to spread some smiles.