You might have seen the “What the Fluff” challenge circulating the web earlier this year. It involved getting your dog to believe you vanished into thin air, which isn’t all that hard when you have a blanket and a doorway… But convincing a human? That takes some more doing.

That’s where actor, comedian and, magician Justin Willman comes in. He knows that seeing is believing, so when he decided to do an invisible man stunt, he knew he had to recruit some people to help him pull off the trick.

Justin took to Craigslist to enlist some fellow con artists, explaining that they were going to help him make someone think he’d literally disappeared. 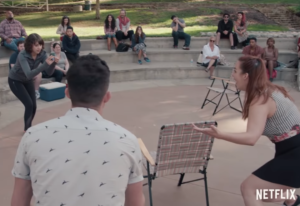 In the photo above, for example, he gets one woman to pose behind a chair while her friend takes her picture. The chair’s empty, and you’ll understand why a couple minutes later, when an unsuspecting victim stops to watch what appears to be a public magic show. And it wouldn’t be a magic show if the magician didn’t call for some volunteers, which is how one Craigslist recruitee, Mike, and our victim, Jonathan, end up in those very same chairs.

“Mike, sit up straight, I’m going to cover you up,” Justin says before draping the blanket over him. A couple seconds later…

We won’t get into all how he pulled this off here, because what’s really important is Jonathan’s reaction when he realizes he’s just watched a human being disappear into thin air! 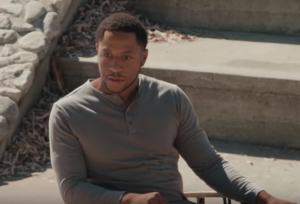 Then it’s Jonathan’s turn, and when Justin pulls the blanket off, the crowd pulls in a collective gasp: He’s gone!

And Jonathan catches a glimpse of the picture — which is really the picture taken before he even came on to the scene! 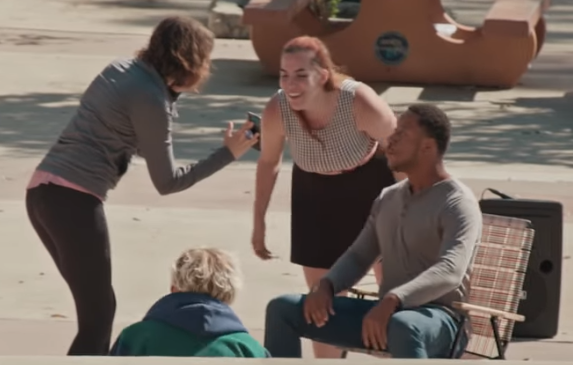 Mike — the other volunteer who’s in on the whole gag — stumbles around the amphitheater in a daze, but Jonathan relishes this newfound magical power and milks it for all it’s worth! He’s like a version of Patrick Swayze in “Ghost,” poking someone on the neck just to get a reaction, then digging a bottle of wine out of someone’s picnic basket: 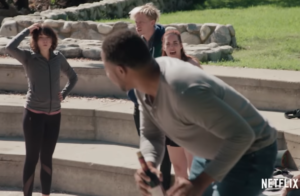 What would you do if you could be invisible for a day? While you’re thinking about it, watch the whole hilarious video down below and share with anyone you know who loves magic tricks!